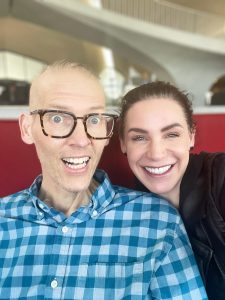 Dave and Jamie on their recent vacation to New York City.

So I’m bald, very bald. And I’m going bald at what seems like some kind of world record rate.

Just a few weeks ago I had a full head of hair and things were right with the world.

Then one day I was drying my hair with a towel and the towel looked like a barber shop floor.

Needless to say, I was floored.

I could’ve sworn my doctor had told me that I wouldn’t lose my hair on this new chemotherapy, because I usually ask since I’ve always been a little vain about my hair.

But according to what my fiancee Jamie found online, nearly 50 percent of people on Enhertu lose their hair. I’m one of those unlucky 46 percent.

But, and it’s a big, beautiful but, I’m feeling better than I have in probably a year, so we’re praying the chemo is not just making me feel better but is actually making me better.

I’ll take being bald and feeling good over feeling terrible with gorgeous locks any day.

Of course it would be nice to feel good and look good too, but beggars can’t be choosers, or so the saying goes.

The only big down side is I’m going bald right before my wedding, which means I’ll have a shiny dome for all of our wedding photos – the only ones people print and hang on their walls for decades.

The mild up side is I look pitiful so people don’t question whether I’m sick now. It also saves people a lot of time they used to spend telling me how good I looked, so there’s that. You’re welcome everybody.

I also haven’t gotten used to the feeling of having a slick head. I lie down with my hands behind my head and now when I move my hands they’re stuck to my skin. It’s weird. It feels very wrong.

But again, I feel better than I did, which is an enormous blessing. 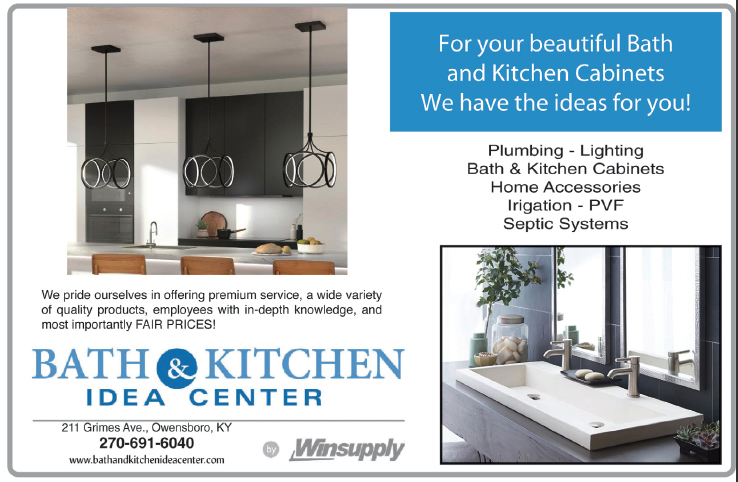 Jamie and I were in New York City last week and I walked something like eight miles a day, often having to climb long flights of stairs to get to the street from the subway. I was very worn out from it but I kept up. I hadn’t even been going up the stairs at my house because it felt like too much, but when I was forced to in NYC I realized I could do more than I first believed.

There’s a lesson in that. I hadn’t been pushing myself at all and had just forfeited anything that was up more than two or three steps, when all the while I could’ve been not only experiencing more of life, I could’ve been building up muscle and stamina to go even farther.

From now on I plan to push myself more. What is there to lose? I’ll get tired, but so what? Lots of people are tired, plus you don’t build stamina by not getting tired.

This is all easier said than done, of course, and it’s very easy to settle into “dying mode” where I just waddle around and look sad, hoping Jamie or someone will do everything for me.

I can always do more, even if it’s just a little.

Besides, now that I’m bald I’ll have less wind resistance so it’ll be even easier.

I’ll be posing for shiny-headed wedding photos at my wedding on April 9, and everyone reading this is invited to come. It’s at 2 p.m. at the family life center of Hawesville Baptist Church.

Watch for me, I’ll be the pitiful looking bald guy up front.
dave.hancockclarion@gmail.com