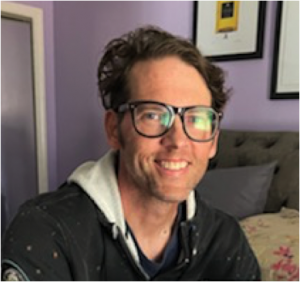 I had a bit of a moment the other day and it has changed my daily life ever since and I feel like it’s worth sharing here. It boils down to this: no matter what happens with my cancer, things are going to work out great.

I just happened to be listening to “Even If” by MercyMe, which talks about how God is able to remove our problems but sometimes he just doesn’t, but that it’s OK either way because he’s faithful to be with us through it all. It talks about how the Bible says, that faith the size of a mustard seed can move mountains, but that even when mountains are unmovable, they want to be able to say “it is well with my soul.”

I wish that God would heal this cancer that by all indications should kill me in the near future, but I know that things don’t always work out like that and that sometimes God turns the very bad into the very good.

Many years ago when I lived in Illinois I had a friend named Ryan Rendleman. He was studying photojournalism at SIU and was going to intern at the paper where I was working until one day I got a call at the paper from the school that said he’d just been killed in a car wreck.

Needless to say I was devastated because he was one of my better friends in the area and he and I were in the same Bible study that was held at his apartment. He had been on his way somewhere to take pictures for a story he was working on when he got smashed between two semis at a stop light.

At first I didn’t understand why God would allow a bright, outspoken, Christian guy to be killed when we needed people like that here. Just the previous week he’d written an editorial in the college paper talking about his faith and how he wanted to reach people for Christ, but how was he supposed to do that if he’s dead?

Guess what? His death was such a blow to people that they began to examine their own thoughts on God, and my best friend Becky became a believer after questioning what Ryan believed, and I know several others who got back into church and whose lives were improved because of what happened to Ryan.

God knows what he’s doing and I am choosing to stand on that.

If me slowly fading away or having a sudden breakdown like I did in September is what will bring the greater good then I’m all for it. I know God never promised we’d never have hard times, just that he’d be with us through the hills and the valleys.

I’m going through a pretty dark valley as we speak, but I’m not going alone.

Truly, no matter how things play out, it is well with my soul.

Posted in News and tagged “Even If” by MercyMe, Bible study, Christ, Christian, Dave Taylor, faith the size of a mustard seed, God, it is well with my soul, Ryan Rendleman photojournalist at SIU, Stage 4 cancer