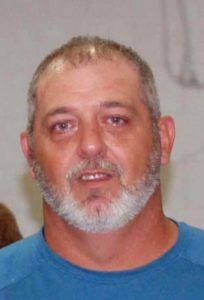 Sherman Neil Jennings, 49 of Cloverport, Kentucky returned to his Heavenly Father on September 28, 2021.

He was born in Hardinsburg, Kentucky on September 8, 1972 to Connie Smiley and the late Larry Dale Jennings.  Neil was a Baptist and a member of the Cloverport Baptist Church. He was a UL Basketball fan. You could find him enjoying hunting and fishing and just spending time outdoors.

Neil also was an avid pool shooter. More than anything, he loved his children.  He leaves to cherish many precious memories his sons, Steven Jennings (Callie) and Xander Jennings both of Cloverport, Kentucky; his little buddy, Levi Spence; his mother, Connie Martel; brothers, Keith Jennings (Tina) of Tell City, Indiana and Corey Jennings (Spicy) of Tell City, Indiana; sister, Coco Powell (Jim) of Cloverport, Kentucky and a host of family and friends.

Visitation for Neil will be held Friday, October 1, 2021 from 4pm-8pm at Cloverport Funeral Home. His service will be held Saturday, October 2, 2021 at 4pm also at the funeral home with Brother Tim Mattingly officiating.

Burial will follow in Cloverport Cemetery.  Cloverport Funeral Home is honored to be of service to the Jennings family.