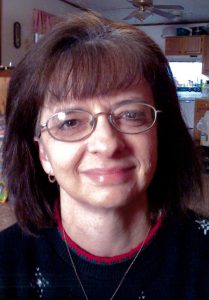 Dorothy Elaine Scott, 66, of Hawesville, went to be with her Lord on July 18, 2021 at Deaconess Gateway in Newburgh, IN.  She was born in Hancock County on December 15, 1954 to Carl Wayne and Maxine Voyles Muffett.

Dot was the owner of Weber Store for 20 years.  She loved serving the community and treated everyone as family.  Dot loved all animals and helped save many.  She was always willing to help anyone, especially family in a time of need.  She worked hard but enjoyed spending time with her grandchildren and going to yard sales.  Dot was preceded in death by her father, Carl Wayne Muffett and her father in law, Herman Scott.

Services will be held at 2 pm on Friday, July 23, 2021 at Gibson & Son Funeral Home, Hawesville Chapel with burial following in Roseville Cemetery.  Visitation will be held on Thursday from 4 pm until 8 pm and on Friday from 10 am until service time at the funeral home.  Share your memories and condolences with her family at www.gibsonandsonfh.com.