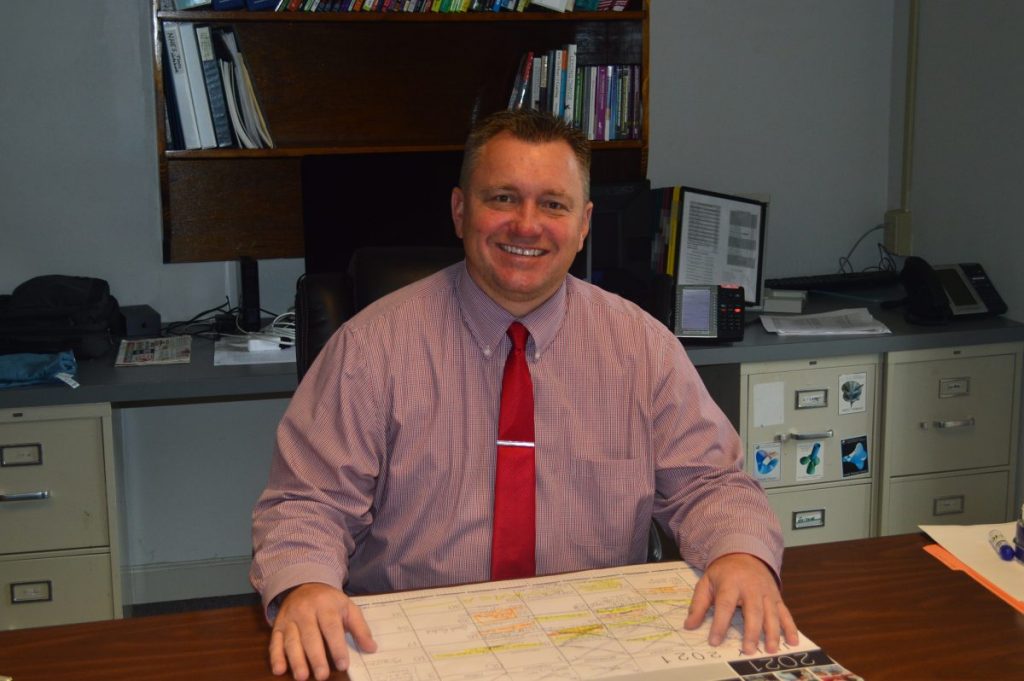 A new era started in the Hancock County Public School System when Robert “Robbie” Asberry assumed the position of Superintendent of the school system. He started July 1, and spent the first couple of weeks getting to know people in the school system, and the community.
“Everyone at Hancock County has been great,” Asberry said. “The board members have been so supportive.”

Asberry said he made an effort to get to know everyone in the board’s Central Offices, plus he met with the four school principals multiple times. He said during these first couple of weeks, he has met about three or four new people each day.

He said in his conversations with people in the school system and in the community they all want to know if he plans to move to Hancock County.  Asberry said in the current economic climate, finding housing presents a challenge. He said with such a tight market and high demand for housing, people often purchase houses sight unseen. Asberry said he and his family looked at several houses in the county, but have not found one to their liking.

“I fully intend to move here as soon as possible,” Asberry said.

“Caring teachers in the classroom is the most important thing we have,” said Asberry.
The combination of great administrators, leaders and teachers allow the school system to construct a safety net to prevent a student from falling through the cracks. Asberry said his role as the superintendent is to eliminate financial barriers that allow students to slip through the cracks.

“I feel each student matters,” Asberry said. “I am going to have my focus on instruction.

I have met with each principal, and we have laid out some things. I am here to be an instructional leader for the district.”
Asberry also said he wants to grow school pride and spirit. He said these attitudes start with the first day of Kindergarten, and go through the senior year of high school. Asberry said he wants graduates of Hancock County High School to look back with pride on their years in the school system no matter where they go after they graduate.
“I feel all Hancock County High School Graduates should have love and pride in their school and their community,” Asberry said.

In terms of the current COVID-19 pandemic, Asberry said he personally feels like students need in-person classroom instruction, and hopes to start the new school year without any restrictions. He said the pandemic adversely affected school students over the past year and a half, and that time the school system cannot get back.

He said the pandemic hurt kids in the primary grades the most. To help bridge the instruction gap Asberry approached school board members about placing an instructional aide in each first and second grade class in both elementary schools.

“We will have two caring adults in each classroom,” Asberry said.