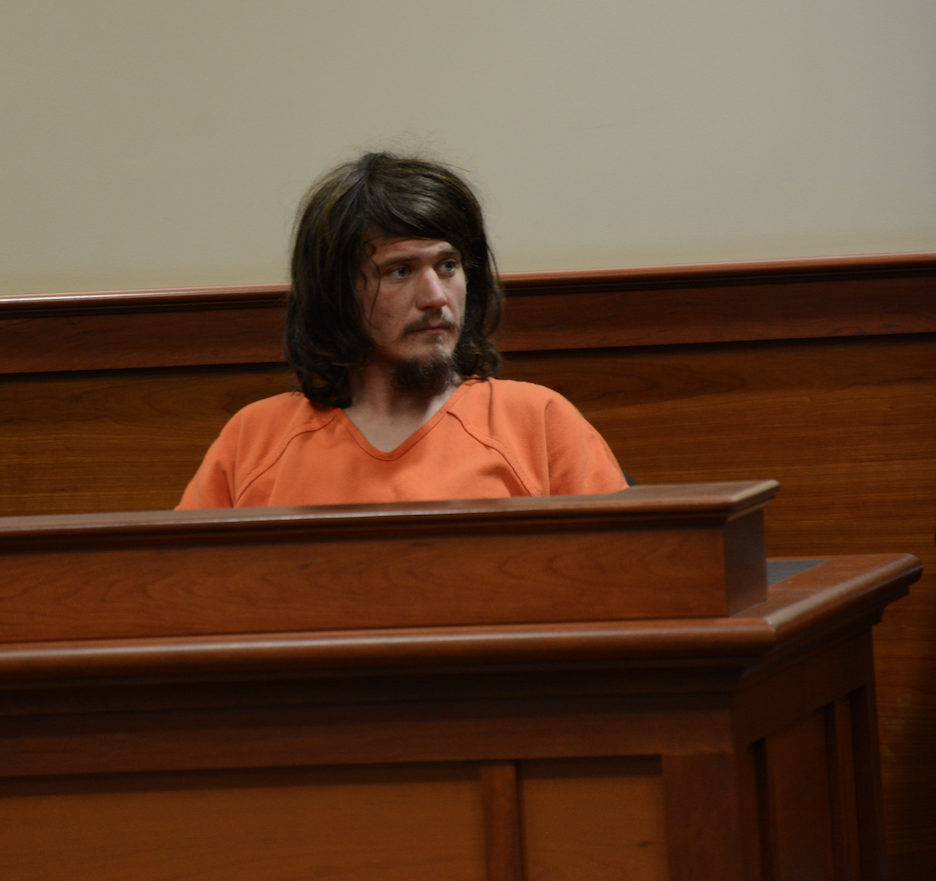 Jacob Allen McFall, 21, was arraigned on Wednesday afternoon, January 18th at the Hancock County Judicial Center and plead not-guilty to 4 charges of Wanton Endangerment in the first degree.

McFall was charged on January 17th, 2023 with 4 counts of Wanton Endangerment in the 1st degree – a Class D felony in the state of Kentucky. His bail was set at $10,000 cash.

Judge Vincent ordered that McFall have no contact with his sibling, Charles, an HCHS student; no firearms; and that he must stay away from schools and have no contact with school personnel. In addition, a mental health assessment was ordered. An in-person preliminary hearing was set for Tuesday, January 24th at 2:30 p.m.

“While at the residence the van prepared to leave,” Garst stated. “Mr. Jacob McFall came out of the residence shouting at the school employees and began waving a revolver and fired at least 3 shots. The driver and monitor handled the situation professionally and were able to quickly leave the residence with all occupants of the vehicle unharmed. As always the Sheriff’s Office and the School Administration worked quickly together to resolve the incident with the goal to keep our community’s children safe.”

Garst and Deputy Aaron Emmick arrested McFall while he was at work on his sanitation route shortly after the incident and transported him to the local jail to meet Jailer Roger Estes.

McFall admitted to firing the shots during the encounter. He was charged with 4 counts of Wanton Endangerment for endangering the lives of the van’s occupants. One count for each occupant in the school’s van, which included 2 adults and 2 juveniles.

Garst said, “We successfully located McFall and made the arrest before Mr. Boling returned the student (Charles McFall) to the McFall residence. At the end of the day both agencies were successful working together; where McFall was apprehended by the Sheriff’s Office before the schools released and Hancock County Schools returned the students home safely and unharmed.”

Jacob’s father, Wesley McFall, was in Ohio County working when the incident occurred. He stated that the school pulled up in their driveway in a van and didn’t identify themselves. He said that there was no visible sign on the van identifying it as a Hancock County Schools vehicle and that they wouldn’t stop when his son, Jacob, went out and waved his hands. They had picked up Jacob’s younger brother, HCHS student, Charles McFall.

“They wouldn’t stop and kept on going,” Mr. McFall said. “Nobody called us or told us that he was going to be picked up in a van that morning. Nobody in the van came up to the door and knocked on the door and said why they were there.

Just my wife and my son were home. My son (Jacob) was fixing to go to work. And they noticed the van there picking up Charles. No phone call from the school or nothin’ sayin’ anything about them picking him up in a van.”

He said Jacob shot into the ground with a .45 long colt single-action revolver and that he did not shoot at anybody. “Emmick told me anytime you ask somebody to leave and they don’t leave or don’t answer you – shoot into the ground,” he said. “Give them a warning shot in the ground.”

McFall added, “The school was in the wrong too because they didn’t notify us. They called every student that they picked up that morning but they did not call us. They came in a van because the bus driver was sick that morning. If we had known they were using a van that morning, nothing would have been done (no shots fired in the ground).”

He said if the school bus had stopped that morning to pick up their son then it would not have been a problem. When they pick him up in the school bus they stop on the road and pick Charles up every morning. “We know what our school bus looks like,” McFall said.

“When you see a gray van and just a little bitty old sticker of a hornet on the side of it and HCHS on the back of it after they pull out with them (your child), what are they going to expect? You can buy those stickers anywhere. I could go and buy some of them and stick them on my vehicle and pick up kids too and get by with it. That’s why I say – the school is in the wrong too, by not identifying those vans better.”