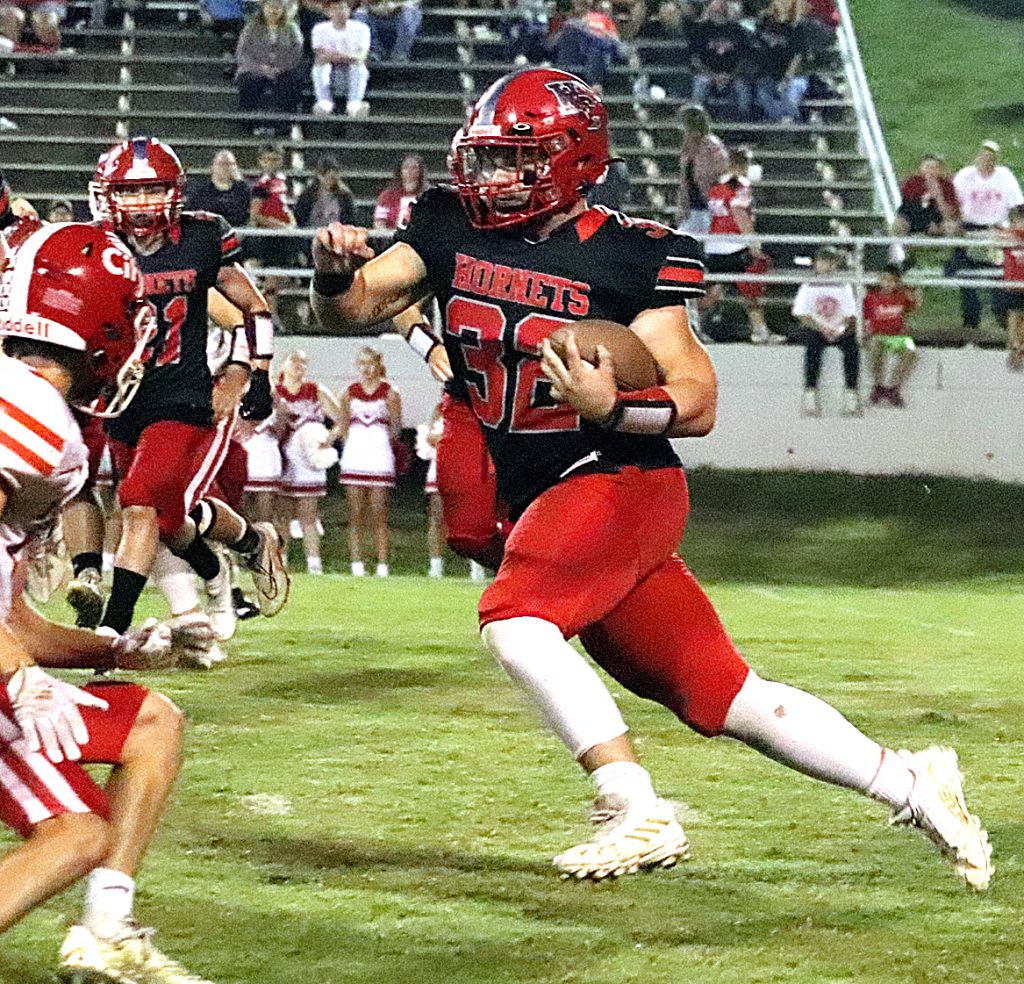 The game that everyone has been waiting for is here as the Owensboro Catholic Aces come to Hancock County to face the Hornets in a district clash of titans this Friday.

The Hornets are unbeaten after having won five consecutive games to begin the season. The Aces come in with a 2-3 record, but they’ve played the more difficult schedule to date. The Aces were 0-5 last year before reeling off seven straight wins. Catholic’s signature win this season came on September 9 when they defeated the Owensboro Red Devils 21-17 at Steele Stadium. They are coming off a 52-15 loss at Louisville Christian last week.

“Until someone knocks them off consistently they’re the team to beat in the district every single year,” HCHS coach Bobby Eubanks said of the Aces.

The Aces are led by sophomore quarterback Brady Atwell and head coach Jason Morris. Both are former Hornet players.

Atwell, #7, leads the Aces in both passing and rushing. He has completed 66 of 117 pass attempts for 897 yards, with eight touchdowns and six interceptions. He’s gained 198 yards on the ground, with two TDs. Twelve Aces have caught passes this season, but the receivers to watch out for are William Carrico, #9, Waryn Ebelhar, #5, Mitchell Sims, #2, and Reid Clark, #13.

Vince Carrico, #4, leads the Catholic defense and is also a threat offensively.

The Hornets played the Aces twice in 2021, losing 47-0 in the first meeting and 36-0 in the playoffs. But Hancock County is stronger in 2022 and they’ll fight hard against the defending district champs.

Not since the 1999 season has a Hornet team been as balanced and effective offensively as this year’s squad. Hancock County has out scored its opponents 220 to 30, with 15 touchdowns on the ground and 13 through the air. The Hornets have also scored on defense and on special teams.

“I feel like we match up pretty well against Catholic this year and I hope we’ll be able to play a good game. They’ll come here ready to play and we have to meet that same standard,” Eubanks said.