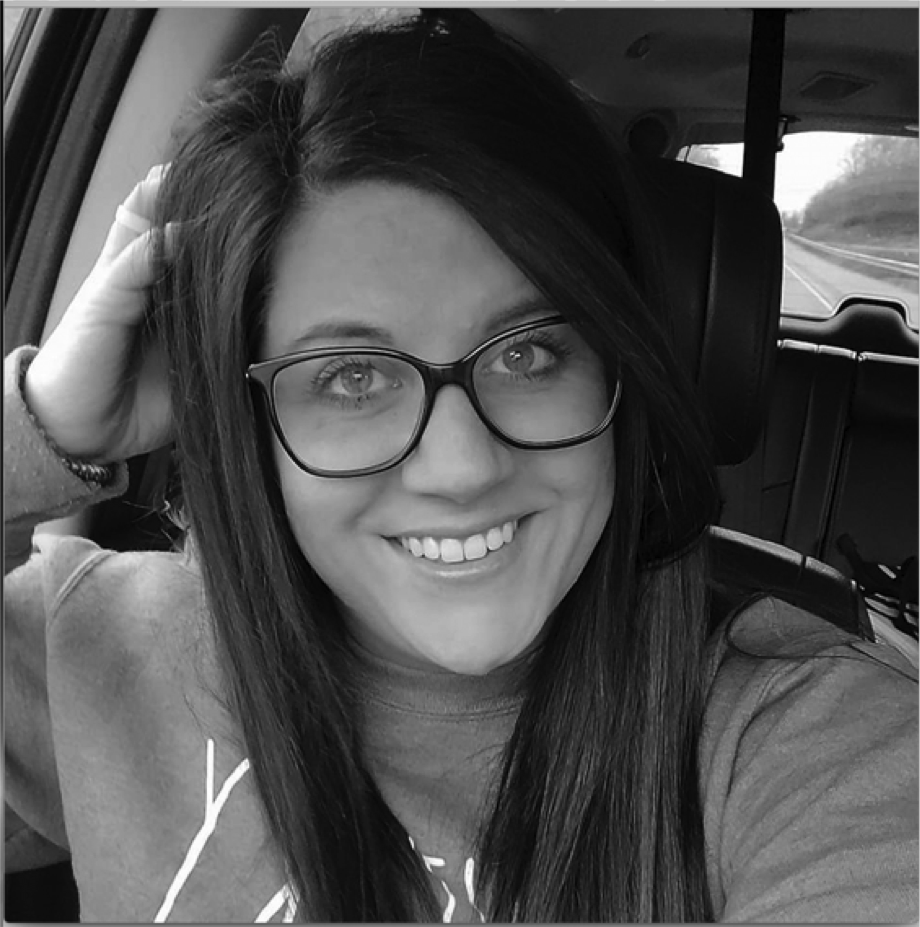 Ami Hunt was born and raised in Lewisport. She is the daughter of Keith and the late Donna Westerfield.
“We were very family-oriented and involved with the community,” she said. “I guess that’s why I’ve never left. My heart’s in Lewisport.”
Growing up, Ami said her community felt like a “big family”.
“We always played basketball and softball all through my childhood and through middle school and part of high school. So, I was really involved with the community that way,” she said.
She enjoyed going to the Hancock County Fair, Heritage Festival and playing at the parks in Lewisport – and now she is sharing those same fun activities with her own children.
Ami graduated from Hancock County High School in 2009 and then earned her Associate’s Degree in Art from Owensboro Community and Technical College.
She’s been an Auditor at U.S. Bank in Owensboro for ten years, and works at the Frederica Street location as well as from home.

In 2020, she started volunteering with Borrowed Hearts in Owensboro, a non-profit organization that assists foster families.
She became a board member in 2021 and is also in charge of their social media.

“We take donations on specific days each month that you can find on our Facebook page (Borrowed Hearts Owensboro),” Ami said.
They will receive donations such as: gently-used or new children’s clothing, shoes and toys.

“If anybody becomes a foster parent, they can reach out to us to get any items they might need. And, they can do that on our FB page as well,” she said.  They are always looking for volunteers to help sort donations or help out at their events. The location is 1705 West Second Street.
Ami helps organize many fun events for foster families, such as a pool party in July, a fall festival in October and a Christmas event.

“At our Christmas event, we give each family an Experience Basket. They get to choose from: going to the movies, ice skating or to see the Christmas lights over in Santa Claus, Indiana,” she said.

She also helped Borrowed Hearts establish Agape House in Owensboro this year. It will be opening soon.

“It’s for foster children when they go into care and they can’t get placed,” she said. “Instead of sleeping on a cot at the social worker’s office, we actually have a home now that we’ve fully furnished for them and the social workers.”

Ami works with the family resource coordinators at each school in Hancock County as well, and provides them with some items for the schools.
“We have such an influx of donations that I get with them at least a few times a year to see what they need,” she said.
Before she began with Borrowed Hearts, Ami was on the Events Planning Board for St. Benedict’s and volunteered at CrossRoads Shelter (both in Owensboro).

Hunt worked with Grow in Grace, an outreach group that provided hygiene items, clothing, blankets and food to the homeless.
Ami and her husband, Blake, met in high school and were married at Smothers Park in 2013.
Blake is Lead Technician at On-Duty Depot in Owensboro.

Deegan plays baseball, KFL football and is on the Junior Hornets Basketball League.  Ami & Blake also became foster parents for a newborn in July of this year. They enjoy going to car shows around Hancock County, Owensboro, Bowling Green, Louisville and Indianapolis.

Their sons have grown up participating in ATV races and they travel to those in Hancock County, Perry County and Greenville.
They also take a vacation to Panama City, Florida once a year.

Ami grew up attending Lewisport Baptist Church and is now a member at The Father’s House in Owensboro. She volunteers on the cleaning team there.
Her favorite Bible Scripture is Esther 4:14 “Perhaps this is the moment for which you were created.”
“It lets me know that I’m where I’m supposed to be and doing what I’m supposed to be doing, even though at times it doesn’t seem that way,” she said.