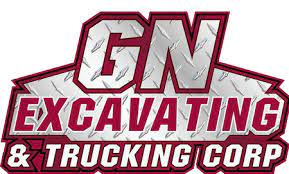 Gary Nugent owner of GN is proposing a landfill on his property at the old Chapman strip mines  off of Popular Grove Road.  “There’s a lot of land out there that was never reclaimed and there’s an area that would be a real lucrative spot to put it,” Nugent said. The Hancock County  Fiscal Court has set a meeting for public comment September 19 at the Career center.

Nugent said he talked with a Kentucky State inspector a year ago who said his spot was a perfect place to have a solid waste landfill here in the County.
He is only in the preliminary stages and won’t be moving forward until making sure that this project is something the County would be in favor of.
“That’s one of the hurdles we have to overcome in order to get the permits to be able to do this,” he said.
We’re further away from the school than the Lewisport transfer station is. And as far as the smell goes, we’re going to have it covered daily.”

If any industry is looking at Hancock County, a sustainable, long-term plan for their waste would be one of the variables that they’ll be factoring in to make their decision, he said.

Gary said, “We had a huge hit not too long ago, with Century and we need to do things in support of our industry and people.
I think that this landfill would be a great support for all the industry – the new, the old and the potential,” he said.

“We used to mine and sell clay to Owensboro Brick, Dowell Tile, etc. Those went out of business.

We have an abundance of clay in a stock pile, that would make good material to put down as the sub-base for the liner.

If approved, a synthetic liner on top of the clay liner a leach system, pipe system and then gravel on top of that will  be required in the landfill spot to prevent leaching out, Nugent said.

He says he thinks that we have to always be looking for ways to change and ways to make money and employ people.

If the Hancock County Fiscal Court amends their solid waste ordinance and votes yes, that is when he will put the money toward the engineering, he said.

“I’m working with an environmental company from Frankfort; they are helping us through this process.
We’ve done a few things and now we’re at the phase where we need the amendment from the County before we spend more money.

The next phase would be the lay-out, geotech, etc…and that would tell us what our costs would be for construction and if it’s economically feasible to do or not, just by the overlook of it – if the engineering firm thinks it is a good fit.” “The material would be covered every day, regardless of the waste material,” he said.

On their day-to-day operations, the trash would come in, be dumped and get spread out over top of the fill area with the liners below it.

It would be compacted and then materials would be dumped on for daily cover and that would be compacted as well. His business currently has roll-off containers and supplies that service to the industry around the area.
“There are certain things we can’t take at our place here, like garbage – we have to haul them to a different place.  We were dumping it at the transfer station in Lewisport and now dump at Daviess County landfill because he said the cost was double in Lewisport.  “It’ll be a cost savings to the industry and to the people,” he said. “I met with a company this morning that picks up garbage in Hancock County.

They’re having to drive to Daviess County to dump as well, which is a huge cost to them – with gas prices the way they are.  It would be a benefit to them, which would then also be a benefit to the people because their trash bills wouldn’t continue to rise.”

I will be hauling some myself. I won’t get into residential pick-up. We’ve got people who do that here in the County and they do a fine job. We are fortunate around here to have the industry that we’ve got. But they make trash as well as supply-level jobs.  We make trash. It’s something that – we’re always going to have it, it’s ongoing.

So, if we have an area that isn’t being used for anything beneficial, that nobody is driving by on a daily basis.We could use the area and do it in an environmentally-safe way to make sure our trash is being taken care of and it could also cut out a lot of the illegal dumping.

As I said, we are going to cover it daily, we’re going to monitor the road to make sure there’s not garbage all over it. If there is garbage on it, we’re going to have our guys pick it up and clean it up.  If a hauler comes in that has a truck that’s not tarped, we’re going to charge them a fee and then tell them that it needs to be tarped the next time.

Nugent’s plan is for the County to receive a royalty payment for every ton of material that would go into his landfill, so that there’s a benefit for the County.
He also would schedule an occasional time, he said, to offer a perk to Hancock County citizens that would allow them, for example, to clean out their garages and dump for free.

“We haven’t gotten far enough in our process to have the engineering backed to know what the exact construction of the landfill is going to entail – in order to know how much it will cost and then determine how much we will charge to dump there once it’s up and running (per ton for a tipping fee),” he said.

Going into the engineering phase will cost between $50,000-$80,000, he said. Gary said he’s been working on getting this project together since December, 2020.

Nugent started GN Excavation in 2012, at only 17-years-old and with only a mini-excavator. He now employs around 80 people and has 50-60 trucks. “We do a lot of trucking,” he said, “a lot of dirt and excavation work. We’ve been real lucky. The people we have here do a really good job.

Nugent purchased the Dowell Tile Plant that shut down and is using it for warehousing there for some of the local industry and preparing and recycling metal.  “The building is full,” he said. “We have the whole area leased out. That brought four jobs to the area.

We’d love to put the rail spur back in and have some type of small facility that might employ maybe even 25-30 people in the future.” His wife is Ashley Burk Nugent and they are blessed with 2 daughters.