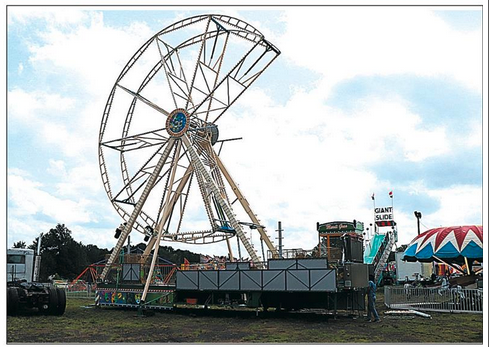 Bring your kids and the whole family to the 2022 Hancock County Fair for a great time. It’s going to be big!

This year’s fair will be bigger and better than ever with the addition of a big band and several other new and exciting things. The demo derby will again be a big draw as well as the rides, talent shows, beauty pageants and much more. There will also be a few new food booths.

Fair board president Greg Wettstain took a minute during a busy day preparing to speak to the Clarion.

“We’re going to have the best fair we’ve ever had,” Wettstain said.

Axe throwing is a new addition this year and fair board vice president Scott Basham talked about that and other new exciting things.

“Axe throwing is a big thing so we hired a guy who’s going to be here giving demonstrations and he’s going to let people actually throw the axes, if they want to.”

They also picked up a big band out of Louisville in Dylan Jasper.

“We saw him and we were impressed. You can call out a song and he’ll play it,” Basham said. “It doesn’t matter if it’s country, rock n’ roll or southern rock, he can play it.

“Dylan Jasper will be playing Saturday night at 7pm and we’re going to incorporate him with the demolition derby. He’ll be on stage in-between heats and we’re really looking forward to all that,” Basham said.

There will also be local bands and a talent show, but one of the board’s visions to grow the fair is to bring some outside big entertainment.

The dream is to one day bring Hank Williams, Jr. to the Hancock County Fair.

“Everybody laughs when we say that, but if he’ll go to Beaver Dam then why not Hancock County,” Basham said.

“It’s different times and we’re trying to figure out ways to grow the fair and get the community more involved. We’re hoping to have a bigger and better demolition show and that’s our big hit. We just hope the weather holds out.”

“Franklin and the guys before him are the ones who built this fair and made it what it is today. We have some big shoes to fill but we’re dedicated to growing it the way we feel they would want to see it grow.”

Mr. Wettstain talked about all the people it takes to put this thing on.

“I want to give a special thanks to a whole lot of the community. We’ve gotten a lot of help from everybody,” Wettstain said.

“Frank and Michael Wheatley have been a big help in assisting us clean up after all the rain we’ve had. Dave Tindle and the county road department have been a huge help, as has Chic (Roberts). I’m really careful about naming names because my wife told me, and she’s right, that the community is what it takes – more than just names.” 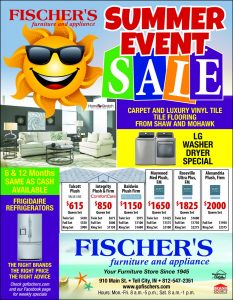 Wettstain’s crew is working speedily on improving the parking areas and asks fair goers to please be patient as they do their best. Basham noted that “if you get hung up we’ll pull you out for free.” The fair board is also working to keeping entry costs down.

“Everything has gone up but we haven’t raised the admission above $10,” Wettstain said. Some people complain about that, and we’re not making the profit that we wish we could, but we think it’s a bad move to raise the admission because of the way the economy is going.”

The Heritage Festival was forced to raise the price of arm bands this year due to fuel costs. The fair board and the ride company have been working together and everyone is tightening their belts.

“We want the community to turn out. We’re going to have the biggest horse pull we’ve ever had with as many as 32 Clydesdale horses. We’ve never seen that. The demo derby with Eric Adkins is going to be big and the go-cart races, too.”

The fair begins Wednesday, August 3 with exhibit entering and ecumenical services. Rides and shows will begin Thursday and run through Saturday. 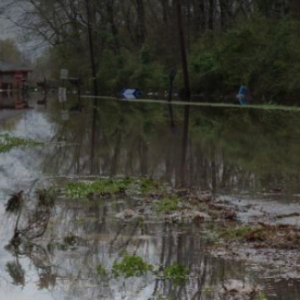