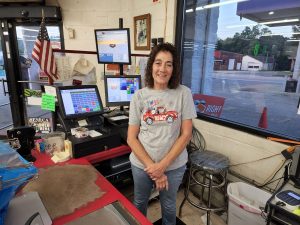 Barbara Wheatley is a long-time employee of Bill’s IGA. She currently serves the community as a manager at the grocer.

Barbara Wheatley moved to Hawesville with her family when she was in elementary school.
Her parents, Billy & Conye Bryant, and she and her brothers, were living in Owensboro.
Barbara and her brothers would visit their grandparents in Hawesville every weekend – her mother’s parents, Lonnie & Mattie Corley, and her father’s parents, Lester & Madelin Bryant.
Barbara’s father decided to move the family to Hawesville, and purchased almost 100 acres.
“Dad just wanted a lot of property that we could run around on,” Barbara said. “When we first moved out here, there was just a gravel road and they had to take trees and fences down to get the trailer in.
There weren’t too many people living back in here when we got here.”
They raised a garden every year, and Barbara and her brothers each got their own row of green beans to tend to. She remembers her mom and grandmother making fresh coleslaw with the cabbage they raised.
They were happy to be in the country and surrounded by woods, and had plenty of room to run and play. They also appreciated living closer to their grandparents and other family members.
They raised goats, and had a couple of horses. They occasionally went for trail rides on their land, and also had a lake to swim in.
Barbara’s mom was a stay-at-home mom and homemaker, and her dad was a pipefitter/welder.
Her 3 brothers are Donald, Jeff, and Michael Bryant.
Barbara worked at Pizza Inn, Al Cruz’s Drug Store, and The Coffee Break. She then got her job at Bill’s IGA in 1990, and has been working there since.
She started out as Cashier, and worked in the Deli. She has held many different positions over the years at Bill’s. “They call me a Manager, now,” she said.
Barbara and Frank married in 1993.
They are blessed with 4 adult children: Melissa Sanders, Samantha Mosby, Jacob Wheatley, and Michael Wheatley, as well as 8 grandchildren.
They love taking their grandchildren on vacation with them, and have traveled to Hawaii, Alaska, The Bahamas, Myrtle Beach, Lake Cumberland, and different locations in Florida, to name several. 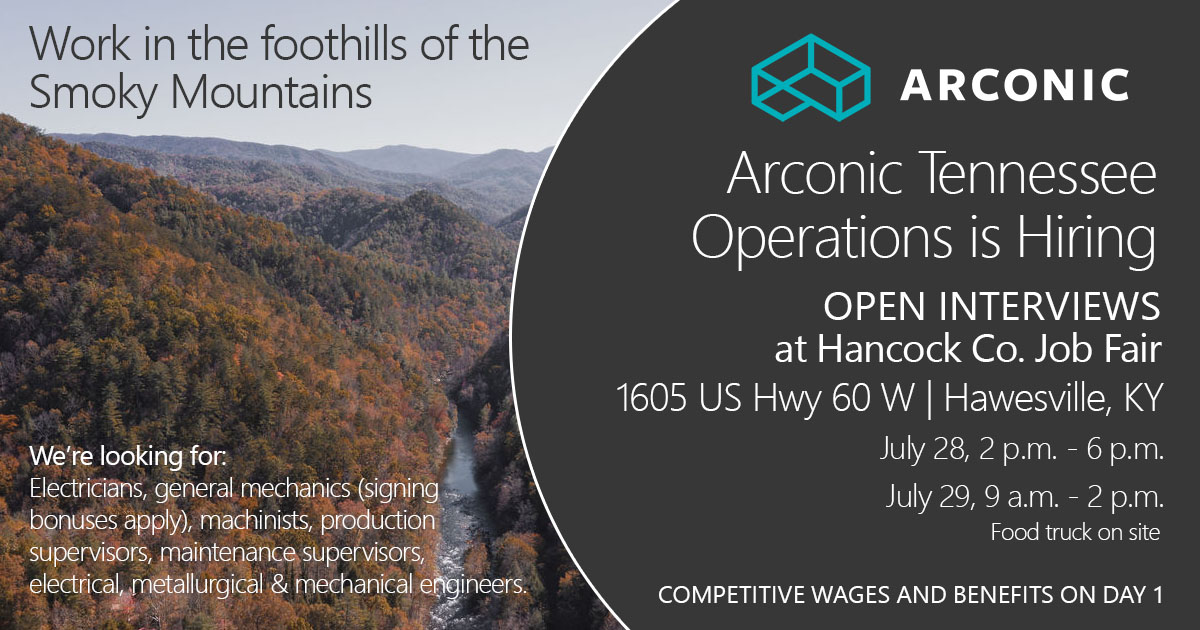 They had the opportunity to view the amazing glaciers and wildlife at Glacier Bay National Park and Preserve, while in Alaska.
On their trip to Hawaii, they experienced a traditional Hawaiian Luau, visited Pearl Harbor, and flew to the Big Island to view an active volcano at Hawaii Volcanoes National Park.
The Crater Rim Trail at the park allowed them to see Kilauea from a safe distance, along with the Keanakakoi Crater, Hale Maumau Crater, and the remnants of lava flow from previous volcanic eruptions.
They try to take as many of the grandchildren and their adult children and their spouses along with them as they can on the vacations they take. Each trip is a family get together.

Frank & Barbara are both members of Immaculate Conception Catholic Church.
Frank was a member of the Hancock County Rescue Squad, and was Chief for several years. He is now a business owner.
They have been enjoying camping at Rough River for over 20 years now. They take their camper, and when the grandchildren go along, they always take them over to the beach for swimming. They also like to make S’mores around the camp fire as a tradition.
“We like to cook over the fire when we’re camping,” she said. “We take a deep cast iron skillet, and like they do at Crab Shack, we put small ears of corn, sausage, mushrooms, potatoes, carrots, onions, shrimp, etc, and boil it over the fire.
But, not when we take the grandkids, they don’t want any of that. They want hot dogs and hamburgers. I always take things to make taco salad one night, and we grill hot dogs one night, and hamburgers one night.”
She also enjoys making homemade ice cream, and just recently made a batch of pistachio.
Her grandchildren love the homemade ice cream she makes, especially chocolate.
Barbara enjoys watching the hummingbirds at her home on the land where she grew up. She has feeders out and keeps them cleaned and filled.
“There have been a lot more this year than usual,” she said. “Usually I don’t have more than a couple a year, but this year I’ve had about 10 or so. Hummingbirds are something to watch.”
When the grandchildren visit them, they love to get buckled in and take a ride in the woods on the Gator.
“I don’t like drama,” Barbara said. “The same old routine every day is fine with me; nothing out of the ordinary, is what I want.
That’s why I’d rather just stay in Hancock County – go to work, and go home out in the country, and not deal with anything like the big city or any of that.”