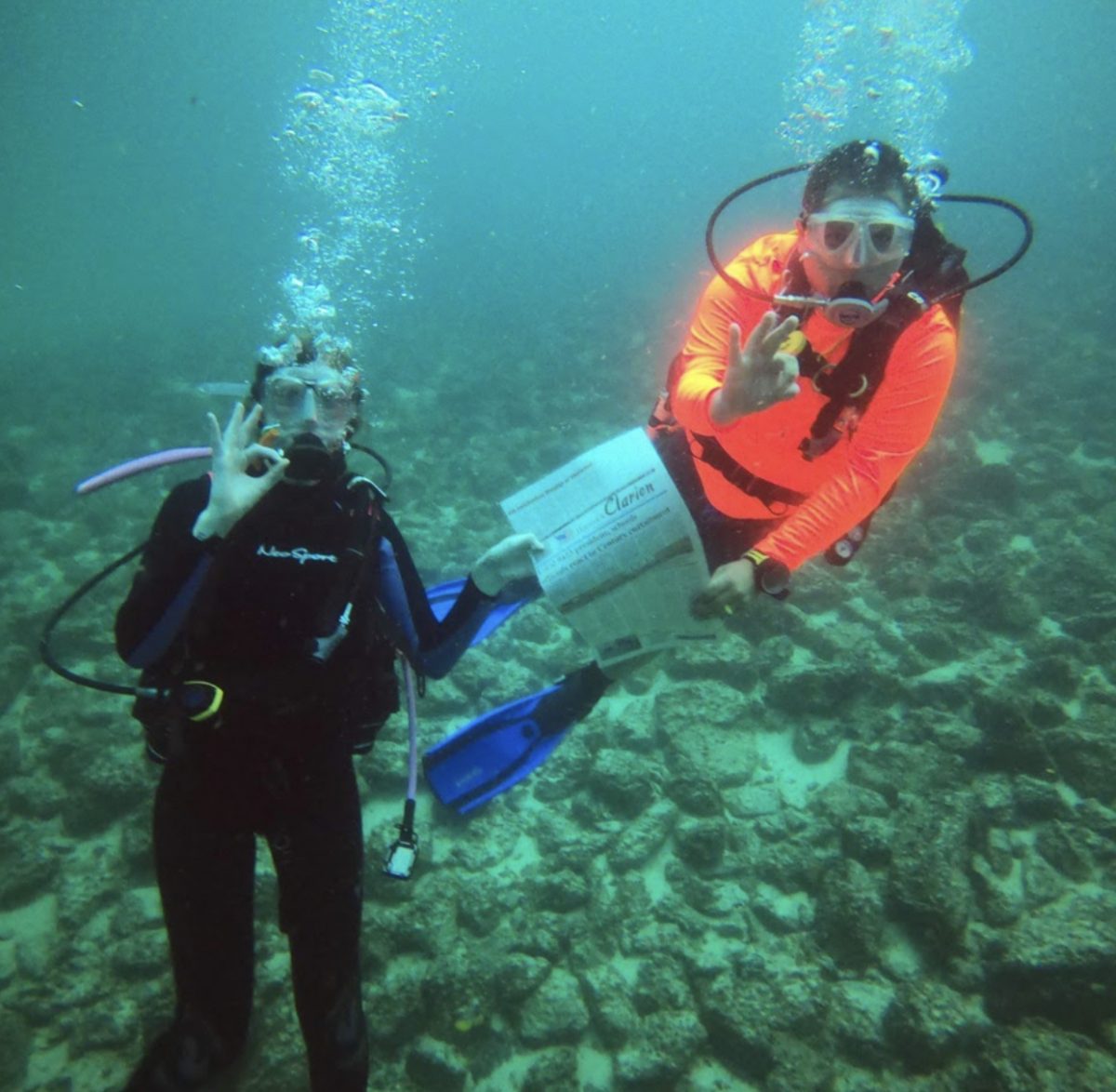 Madison and Nick Jarboe recently took a scuba diving vacation to Destin, Fla., diving in the Destin Jetties area. The couple took along a laminated copy of the Clarion, and made a dive with the paper.

Nick & Madison Jarboe, of Lewisport, flew to Destin, Florida on Thursday, June 30.
They left that evening after work, and Madison’s parents, Michelle & Tom Magan, had driven there the day before, and picked them up at the airport when they arrived.
As you can see in the photo, Madison & Nick are holding the Hancock Clarion. They thought ahead, and had one laminated at the public library before leaving for their vacation.
The spot where they were scuba diving is Destin Jetties. “It’s just a man-made structure, to keep the waves from coming into the bay area. It’s a giant rock wall,” Nick said. “You wouldn’t think that there was a ton of sea life to see there, but there was quite a bit.
Some people think you have to go to the Florida Keys or Indonesia to see a lot of exotic wild life. But, there’s a lot of it right off the coast there in Destin.”
Also, in the photo they are both holding up an O.K. symbol. Nick said that they chose that symbol over a thumbs up, due to the fact that a thumbs up symbol is a special signal in the diving world.
“When somebody gives that symbol, it’s usually no questions asked, you stop what you’re doing and go to the surface,” he said.
Madison was “really reluctant” about scuba diving in the ocean at first, he said. “After she saw how beautiful it was, it changed her heart really quickly.
When we got underwater, we started seeing sea turtles, puffer fish, and a bunch of tiny brightly colored fish – it changed her perspective on everything.
As soon as we came up out of the water, she started talking about our next trip.”
He said that the scuba diving experience is very peaceful. “You’re not around cell phones or other people, other than your dive buddy. Just hearing the sound of the bubbles and seeing all of the fish; it’s pretty relaxing.”
The couple spent all day Friday, Saturday, and Sunday in Destin, and returned home on Monday, July 4. 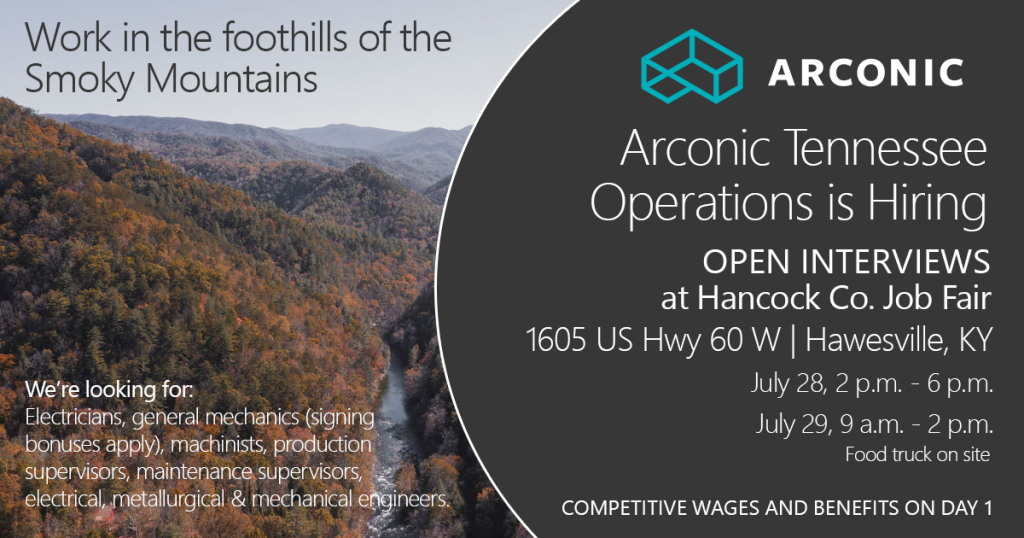 “While we were down there, we spent the majority of the time hanging out on the beach. We did get some shopping in, and tried out a few restaurants,” Nick said.
He was trained in scuba diving in 2018 at Blue Meridian Dive Center, in Owensboro, and certified at Mermet Springs in Metropolis, Illinois.
Madison was certified there as well, on the first weekend of June this year, only a month before they left for Florida.
“She got into it because I convinced her,” Nick said. “It was her first time, and my first time scuba diving in salt water. When she got certified, I was able to tag-a-long with the class, and hang out in the back.
We plan on going back to Mermet Springs several times this year, hopefully, just to explore,” he said. “There’s a Boeing 727 that they sunk there from the movie U.S. Marshals, as well as train cars, ambulances, and helicopters – a little bit of everything down there.”
Nick has been on several local fresh water scuba diving trips, and is looking forward to going back and taking Madison, such as to the Pennyroyal Scuba Center in Hopkinsville, KY.
“There are a couple of other quarries in Eastern Kentucky that I haven’t been to yet. We might venture out there sometime next summer and try to dive those as well,” he said.
She is now eager to complete a bucket list of scuba diving trips with Nick, and the two hope to check them all off together eventually.

Their list includes: Key Largo Shipwreck Reef; The Great Carrier Reef – U.S.S. Oriskany in Pensacola, FL; Bonne Terre Mine near St. Louis, MO; Red Sea Diving in Egypt; and Silfra Fissure in Reykjavik, Iceland.
Nick says that he thinks everybody needs to at least give scuba diving a shot. “I know the dive shop in Owensboro offers a free – try scuba, so you can get underwater and experience it a little bit. I think it’s something everybody should give a thought to.”
Nick & Madison were married on October 30, 2021.
She is a Dental Hygienist at Dr. Misty Brey-Sanford & Dr. Holly M Pickrell Dentistry in Owensboro. Nick works at Spencer Industries in Dale, Indiana. He is the son of Mike & Thresa Jarboe.