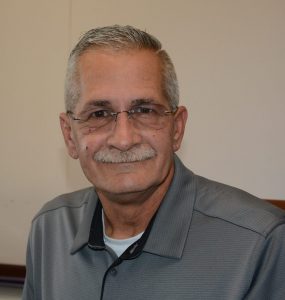 City Councilman Robert “Rob” McCormick has filed to seek the office of mayor of Hawesville. McCormick – who was appointed to council in December 2021 – said he is seeking the office with a plan to build more community involvement and seek infrastructure grants to grow city resources.

“The current administration has done a good job at keeping the city running, but I see more potential in Hawesville,” McCormick said. “I would love to see us grow, see our citizens become more involved and more invested in the city’s future. We can do that by forming a beautification commission and seeking historical properties grants to fix up what we have.”

McCormick said while he understands the nearly $190,000 per year in debt service for the wastewater treatment plant upgrades somewhat hamstrings the city, he believes there are means to generate revenue for the city without putting it on the back of citizens.

“We can create a welcoming environment for small businesses to locate here,” he said. “We do that by beautifying what we have, addressing the condition of our historic district and listening to what the people would like to see. I believe in coaching people to success, not demanding success.”

McCormick said his coaching to success approach has served him well in his past work in management, as well as in his current business at 4Js Supply/Ace’s Boots & Sporting Good. His educational and business background includes studying environmental chemistry at Western Kentucky University, several years in outside sales with McElroy Metals, and seven years with the Environmental Protection Agency in Texas.

He has also volunteered in teaching life skills to high school students through Junior Achievement, and is proud of the success of many of his former pupils.

“I am a strong believer in term limits,” McCormick said. “If two terms is good enough for the President, it’s good enough at levels all the way down. If I am fortunate enough to be elected, I will serve two terms which would put me around 68 years old. That’s long enough to build enthusiasm for someone younger or new to come in and keep things moving forward.”

McCormick said he believes the operation of the city is a team effort, and that he understands if elected he would be the newcomer. “I have to be willing to listen to the experts, the people who are keeping things working for us,” he said.

Another area of interest for McCormick is studying a city manager approach for Hawesville like Lewisport employs. “There are plenty of people currently on staff for Hawesville who could easily fit into that role,” he said. “I am willing to think outside the box for the future of Hawesville. I believe in empowering people to do the right thing. As well, I plan to be in touch with our other local leaders and finds ways Fiscal Court and Lewisport can collaborate.”

McCormick has been married to wife Lisa for 37 years, and the couple has four sons – Justin, Jared, Jordan and Jon – as well as 13 geandchildren.

“My primary focus if elected will be providing a transparent government for the people of Hawesville,” McCormick said. “I believe anything we do affecting our people should be open and transparent; they should always feel comfortable coming into a council meeting or City Hall.”