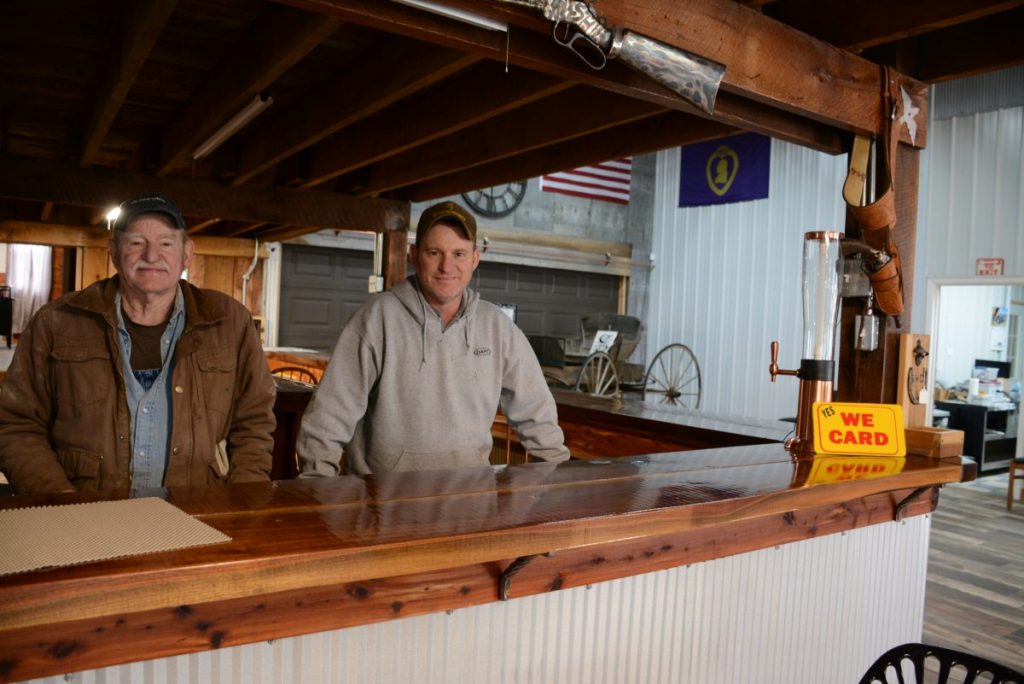 Bill and Mike Smith of Smith Holler Distillery in Cloverport.

Bill Smith is proud to point out Smith Holler Distillery in Cloverport produces the first “legal liquor” in Breckinridge County since Prohibition.

It even says so on the Mason jar label for “Smitty’s Shine.”

Until the ratification of the Volstead Act and its activation in 1920, Kentucky was dotted with hundreds of distilleries. With implementation of Prohibition, nearly all of those distilleries were shuttered, with only a handful producing so-called “medicinal liquor.”

The Volstead provisions lasted until 1933 with the repeal of the 18th Amendment with the 21st, but it has taken decades for many communities with historic distilleries to reclaim their status as distilling destinations.

“We really enjoy distilling, and it took a lot of research and talking with some involved in the business to get to where we are today,” Bill said.

While the distillery – which Bill owns with brother Roy Smith and son Mike Smith – is currently producing straight moonshine, there are future plans to add whisky, bourbon and vodka to the product line.

“Moonshine is made from a mash of corn, sugar and yeast,” Bill said. “Bourbon has a few legal requirements, such as it has to made with 51 percent corn and aged at least two years in a new, charred oak barrel. Bourbon must also be at least 80 proof.”

Whisky can be aged in previously used barrels, but both whisky and bourbon gain their color and taste profiles from the charred wood. Bill said Kentucky is ideal for bourbon production, as the hot summers expand the wood and allow the alcohol to seep into the charred barrel. When the weather cools, the wood contracts and forces the alcohol back into the barrel, bring with it the flavor notes of the barrel. 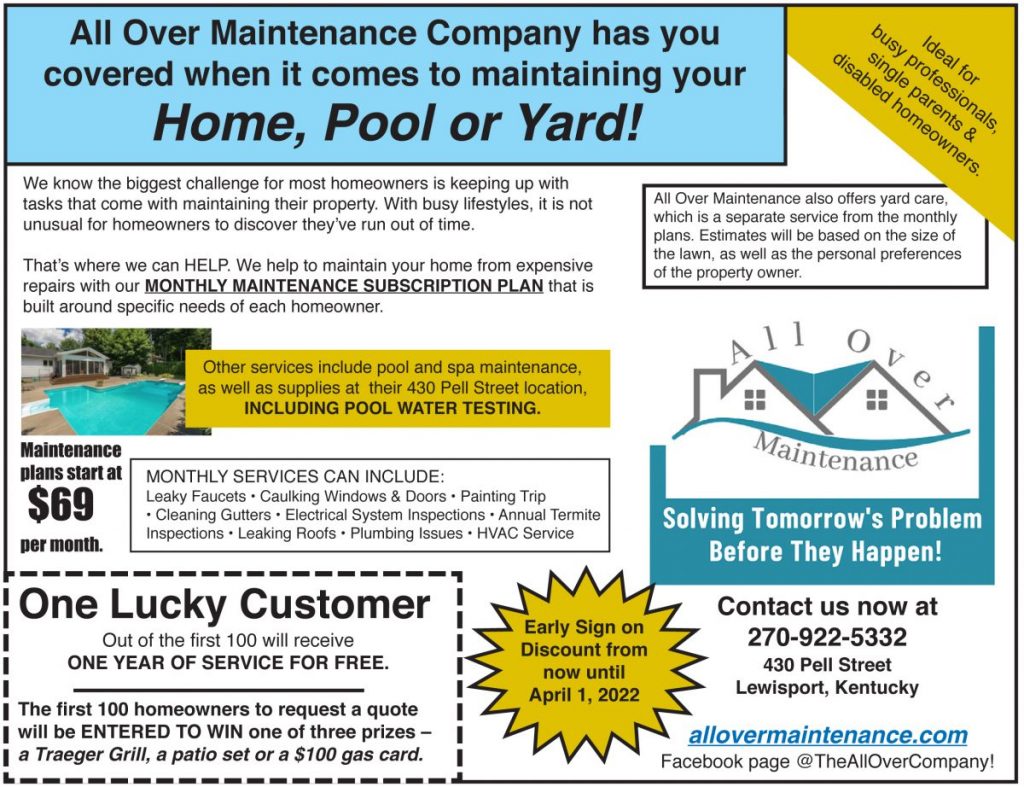 The Smiths’ 10,00-square-foot distillery at 305 Lynn Street in downtown Cloverport has plans to fully open to the public by the end of May, providing on-site product sales, a tasting bar, with cocktails available during tours.

The distillery utilizes a 250-gallon mash tank, with a 150-gallon still. Production of the mash takes about 7-10 days to extracts sugars from the grain, and once transferred to the still, eight to nine hours to distill the alcohol. The Smiths bottle the liquor on-site, as well.

Bill said the proof of the alcohol – the percentage of alcohol multiplied by two – varies throughout the process, and the final proof of 80 is achieved by mixing in distilled water.

The Smiths have obtained several 53-gallon oak barrels from a cooperage in Louisville, so the bourbon aging process could begin soon. As well, the distillery features a large walnut counter Bill cut with his own sawmill from trees harvested on his Breckinridge County farm, about three miles south of Cloverport.

The Kentucky Distillers’ Association estimates the statewide economic impact at $9 billion annually, with the industry expected to continue to grow as international shipments increase. The popularity of bourbon overseas – especially in Japan and greater Asia – has driven much of the international export growth.

KDA estimates there are 22,500 people employed in the industry throughout Kentucky, with annual payroll at $1.23 billion and tax revenue to the Commonwealth of $286 million annually.

And the industry has a major impact on Kentucky’s agricultural industry, with 15-20 million bushels of corn used annually, 75 percent of which is sourced from Kentucky farmers.

The industry also impacts the construction industry, with about $5.2 billion in distillery construction projects expected whether expanding existing distilleries and rick house facilities or the creation of new operations.

About 2.4 million bourbon barrels are filled for aging each year in Kentucky, and there are currently 10.3 million barrels in warehouses right now, more than two barrels for every person in the state. 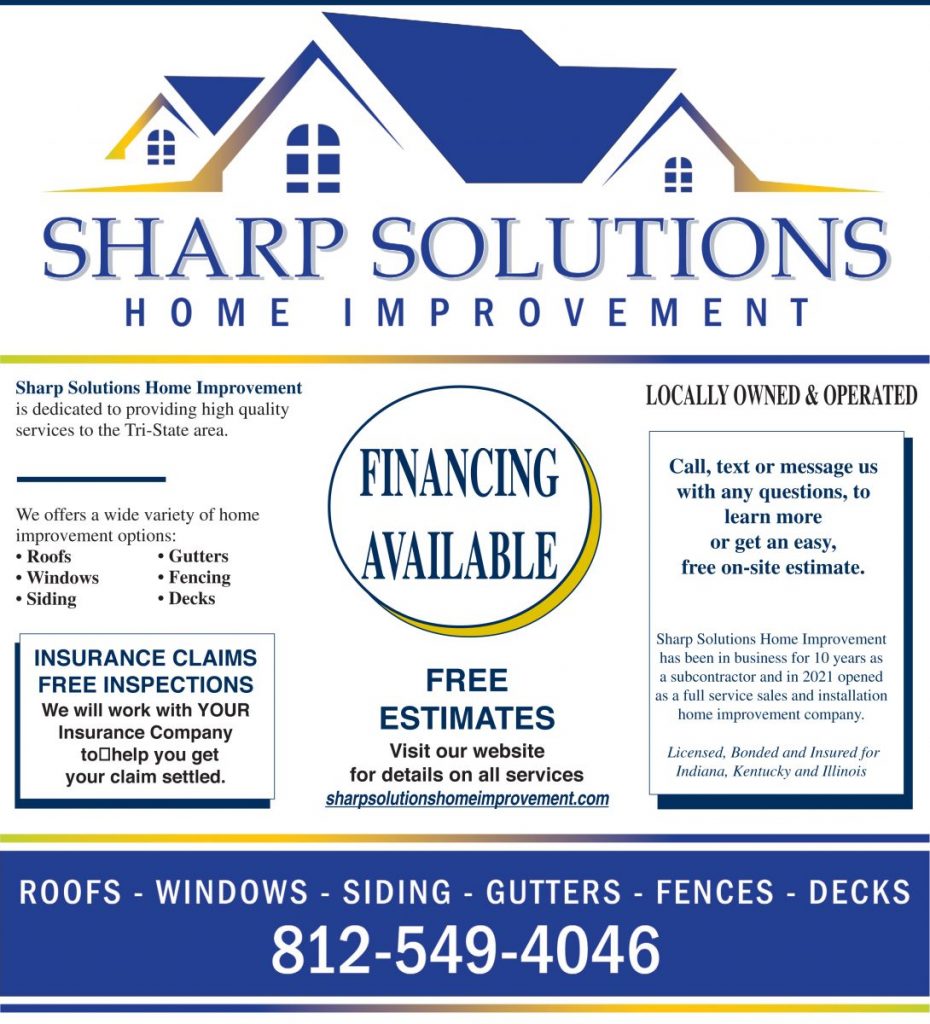