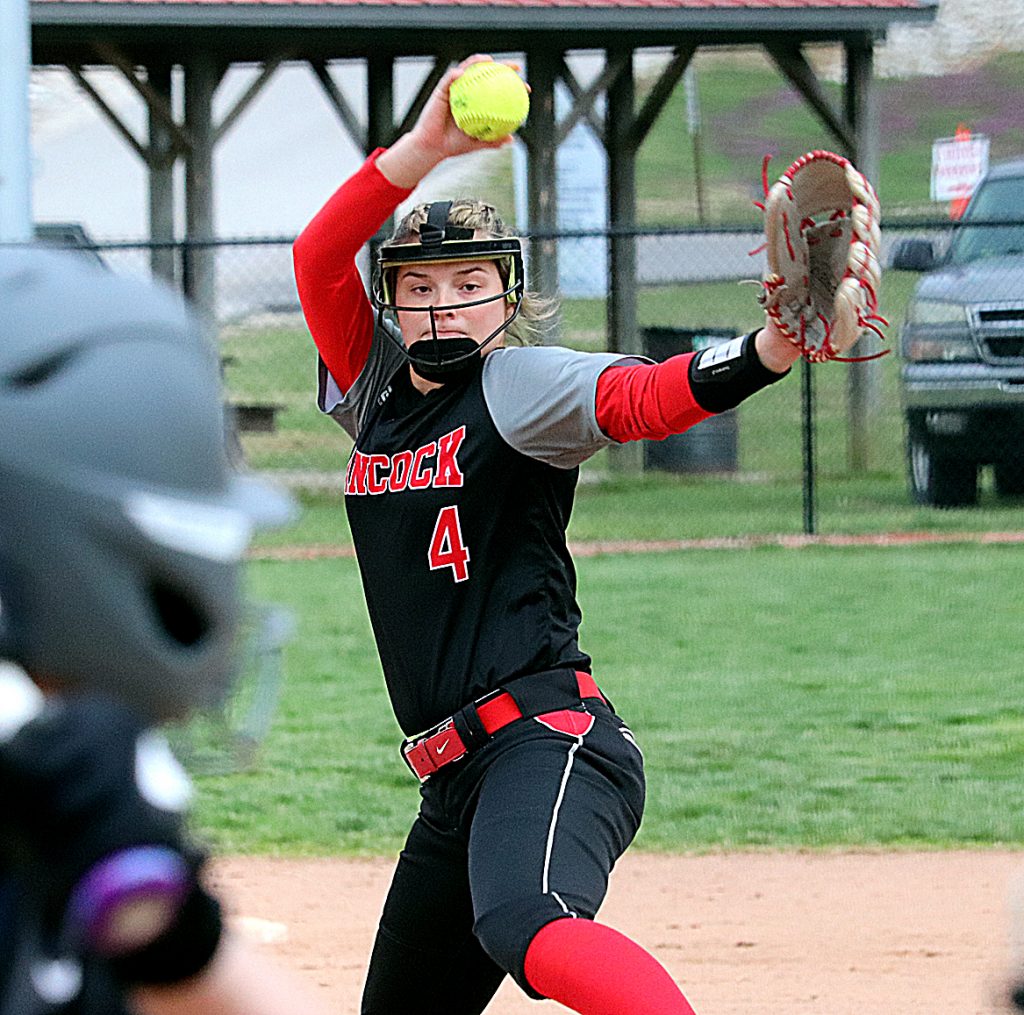 Lily Roberts struck out 16 batters and Ella House drove in three runs to pace the Lady Hornets to a 5-0 win over visiting Ohio County Monday.

“Lily has been on her game early in the season. She’s pitched really well for us with a lot of strike outs and low walks, HCHS coach Dwayne Wroe said. “When teams have put the ball in play we’ve been pretty solid defensively. It’s been a good start to the season so far.”

Hancock County (7-1) jumped out to a 2-0 lead in the first inning when House cracked a 2-run double that brought home Baylee Estes and Ella Staples.

The score quickly went to 4-0 in the second when Estes singled, stole second and came home on a hit by Kylie Westerfield, who later scored on a Lady Eagle defensive error.

Meanwhile, Roberts struck out the side in the first two frames.

The Lady Hornets final run came in the fifth inning. Staples led off the frame with a double and Ava Riggs entered the game as the courtesy runner. Riggs stole third base then crossed home plate on a grounder by House.

Roberts continued her mastery on the mound throughout. Ohio County’s Laynee Segers led off the fifth inning with a double, the team’s only hit of the game, and Roberts answered with three consecutive strike outs to end the frame.

Roberts earned the win while allowing no runs on one hit, with 16 Ks and no walks over seven innings. 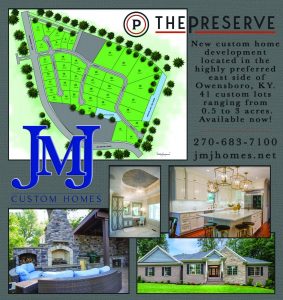 The Lady Hornets secured their fourth consecutive shutout victory with a 10-0 win over Trinity in six innings Tuesday at Whitesville.

Ella House knocked in two first inning runs and Hancock County was off and running. The score climbed to 4-0 in the second when Ella Staples had an RBI single and Baylee Estes scored on a bases loaded walk by Lily Roberts.

Emmalynn Higdon led off the third frame with a double and later scored on another bases loaded walk. Estes later made it 7-0 with a 2-run single and the Lady Hornets added two more runs in the fourth and one in the sixth.

Roberts followed her 16 strike out performance on Monday with another gem. She earned the win by allowing just two hits, with 12 Ks and no walks over six innings.

“We’re putting up some runs and we’re getting some hits, but I still don’t think we’ve hit as well as we can yet,” Wroe said. “We’ve been getting some bloop hits and stuff’s falling in right now, but I don’t think we’ve put together the all-around game that we’re capable of yet. That’s something to look forward to and hopefully we’ll keep getting better as the season goes on. We want to peak late in the year.”

Kylie Westerfield and Ella House drove in three runs each during a 12-0 win for the Lady Hornets over Grayson County on Friday at Vastwood Park.

The game was scoreless until the bottom of the third inning when Layni Roberts stroked a 1-out single that started a Hancock County rally. She stole second base and went to third on a wild pitch before Brooke Toler reached on a defensive error. Roberts scored on the Lady Cougar error and Baylee Estes knocked in Toler. Ella Staples, House and Adi Hurst all hit safely during the inning and the Lady Hornets led 6-0 before the third out was recorded.

Roberts started another big inning when she was hit by a wild pitch in the fourth. Toler and Estes followed with base hits and Westerfield cleared the bases with a 3-run double. Lily Roberts doubled in Westerfield and House cracked an RBI triple. House later scored on another wild pitch and the score was 12-0.

Gracie Gaynor then struck out the side to end the game by 10-run rule in the fifth.

Lily Roberts got the win on the mound. She allowed no runs on two hits, with seven Ks and no walks over four frames. Gaynor (three Ks) came on in relief and pitched one perfect inning.