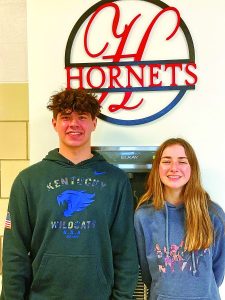 Jack Roberts and Rylann Kessans will assume the roles of superintendent and principal following an election in social studies classes at Hancock County Middle School.

Rylann Kessans and Jack Roberts will get a taste of the challenges of running a middle school and a school district after they were elected “Principal and Superintendent for the Day” at Hancock County Middle School.

The election was conducted as part of a civics unit taught by Josh Roberts, social studies teacher at HCMS.

“With the disruptions of the COVID pandemic for the past two years, this was all new to students in our school,” Roberts said. “County Clerk Trina Ogle came in and spoke to the students about voting processes, and even produced ballots for the election.”

Roberts said primaries were held in his six social studies classes, with students in each class choosing candidates based upon traits of integrity, respect and character. Once nominated, the students ran as a slate, chose a platform, and campaigned, with materials produced by the classes to support their candidates.

Rylann said she enjoyed creating campaign posters, while Jack said one friend created a large flag, which emerged from his backpack.

“The campaigning, and having your friends and classmates support you, was really cool,” Jack said. “Our platform was based on being allowed to use our phones during lunch.”

Jack reached out to surrounding counties’ middle schools and found a number of them allow phones to be used at lunch with minimal disruptions.

“Mrs. (Traci) Sanders has already agreed for us to have our phones beginning Monday through Spring Break,” Rylann said. “After that, she has promised to look at how it went and see if we’ll still be able to do it.”

Rylann will assume her principal duties Tuesday, working closely with Sanders to learn more about the responsibilities and duties of the position. Jack has been in contact with Superintendent Robert Asberry to learn more about his duties, and finalize a date to assume the role.

“In the past, Mrs. Sanders has taken on the role as a ‘student for the day’ and we are hopeful Mr. Asberry will do the same,” Roberts said. “That’s a lot of fun because they dress like they are students and go to the same classes to learn what it’s like for our kids.”

Roberts said the experience is valuable for students at the school as it teaches them about the system of choosing leadership in a democratic society, but also that it allows students to see the hard work that goes into the positions they assume.

Jack said he is looking forward to the experience “because I can get out of class and learn more about things I don’t know.”

Rylann said while she does not understand the responsibilities of a principal completely, she is looking forward to “dressing up, walking around the school, and smiling at kids.”

Rylann is the daughter of Laura and Jeff Kessans, both of whom work in the school system, though she has no interest in pursuing the career field. “I want to be an actress in New York or run the RiverPark Center,” she said. She is involved in theater and singing in school, and is currently part of the ensemble cast of “Shrek.” She also has interest in painting and creating bracelets.

Jack is the son of Lori and Josh Roberts, also employees of the district. He is involved in baseball, basketball and football in school, and has an interest in physical therapy, especially as it relates to athletics. “I would love to be involved in some way with sports as a career, but mostly I want to be successful and provide for my family when I am older.” Outside of class, Jack attends Lewisport Baptist Church, and enjoys being active outside and video games. 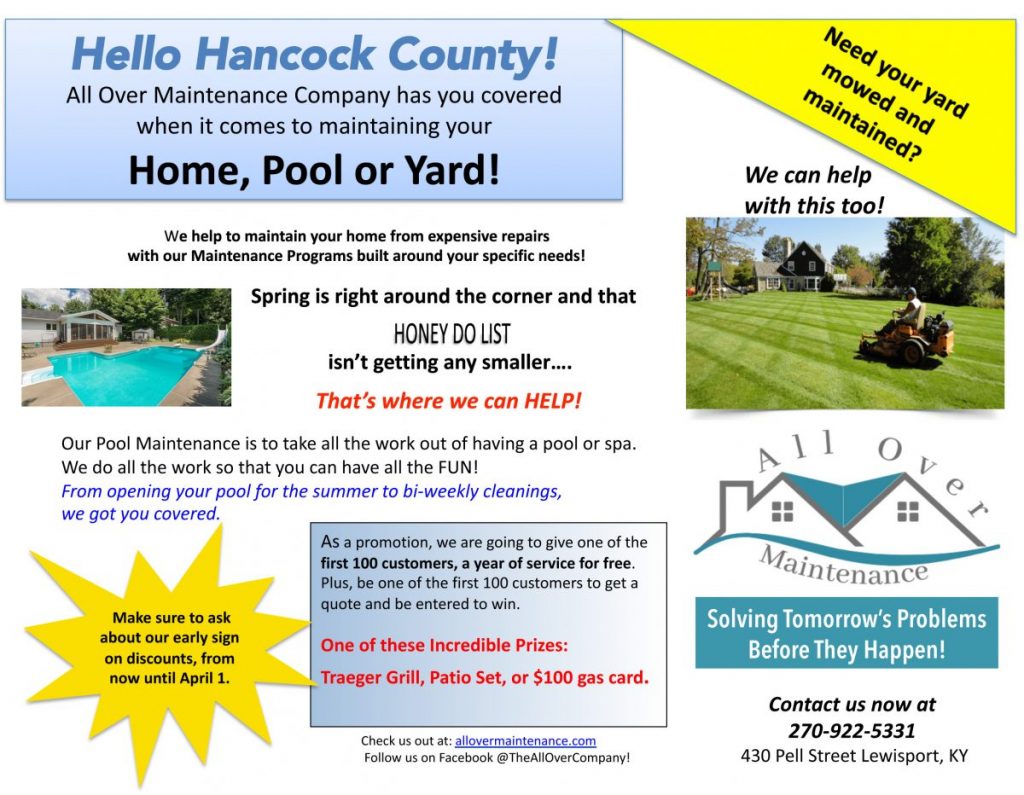