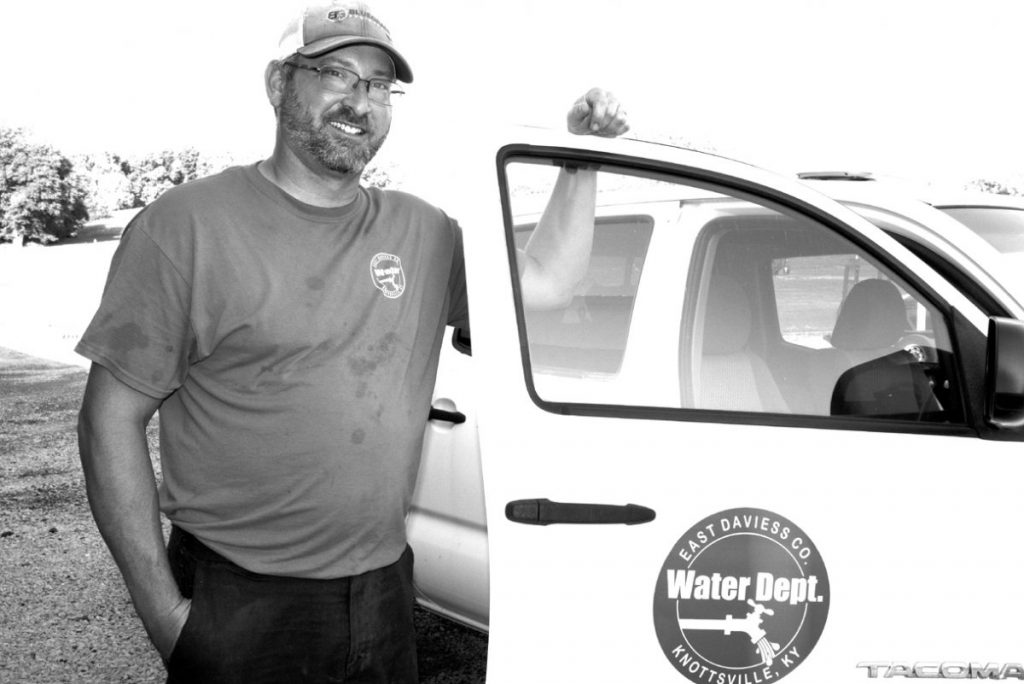 Kasey Emmick is serving his first term as Fiscal Court Magistrate, representing District 2. He is President of the Lewisport Lions Club, and has been for 2 years now. He serves on the Hancock County Fair Board, Heritage Festival and Lewisport Farm Museum Committees. Kasey has been General Manager of East Daviess County Water Department, since 2012.

East Daviess County Water Department serves 2,500 customers in Hancock County, as well as part of Ohio and Daviess Counties. Kasey loves his job because he enjoys helping people, being outside and serving the public, he said. “My passion is Hancock County and the people here. I’ve lived here my whole life. I try to do the best I can for the County and treat people how I’d want to be treated…I’ve worked with the public since I was 19-years-old and I really enjoy it.”

He encourages people to become members of the Lions Club and volunteer in the community. Visit the Facebook page and reach out, if you’re interested: https://www.facebook.com/Lewisport.Lions.Club/. Kasey and others are hoping for younger generations to start getting involved. It is a great way to serve your community.

Kasey graduated from Hancock County High School in 1997 and attended OTCC for 2 years, studying Machine, Tool and Dye. He was working with his cousin on the farm, before and after school, and decided that he wanted to stick with farming and also serve his community by working for the City of Lewisport. Six months after he applied, a position became available and he started working for the City in April of 1999.

He and his father, Byron, run a cattle and sheep farm. They have always raised cattle, mainly Red Angus. They started raising sheep, in the last 7 years. They have 15 head of cattle and 30 of sheep. They have also produced 800 round bales of hay this year.

The children have raised some chickens, ducks and bunnies, in the past. They also had a set of donkeys for many years and some miniature ponies when Kasey’s children were younger.
His parents moved out at the family farm in 1978 and Kasey was born in ’79. He purchased the house from his parents in 2000 and they built another home nearby.

Emmick and his father also restore antique tractors together. Some of the tractors they’ve restored, include several that Kasey’s grandfather and great-grandfather had purchased new. They restore them and keep them. “They are a part of the farm,” he said.

Pulling tractors was a hobby for Kasey and his dad for many years. They used to travel, “all over the country; Mississippi, Ohio, Indiana, Tennessee,” he said. Byron helped start a tractor pulling club in Hancock County around 1985 and Kasey bought back one of the first tractors that Byron pulled and restored it a couple of years ago.

He and Rachael were married in 2006. She is from Pellville, the daughter of Gary and Ida Mae Howard. Byron and Bonnie Emmick are Kasey’s parents. His two older sisters are: Katrina Emmick and Gina Emmick Roebuck.

Rachael and Kasey have two children, Weston and Gracey. They have always helped with chores on the farm, such as helping with hay, Kasey said. Gracey graduated from HCHS and is a Freshman at OCTC, studying Business.