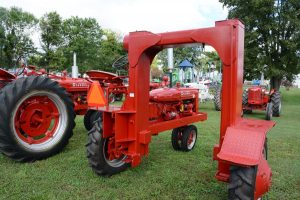 At the Lewisport Heritage Festival two weeks ago, an entry by Byron Emmick and son Kasey won the Most Unusual and Unique award at the tractor show. They entered a Christmas tree sprayer tractor built in the late 1940s.

These tractors were not custom-built by the company, but by a gentleman living in New York state near the Canadian border. He cobbled them together from several tractors to create the unique sprayers.
“Seven of them were built, and none of them were exactly alike,” Byron said. “Only three of them are left.” 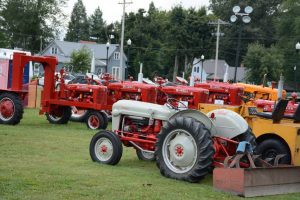