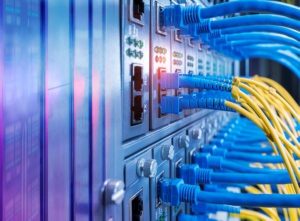 In its filing, Kenergy asked the PSC’s permission to “construct a high-speed fiber optic cable network in support of Kenergy’s current and future communication needs as a rural electric distribution cooperative, and to lease excess capacity of the fiber network in support of extending and enhancing the availability of broadband service to unserved and underserved households and businesses in Kenergy’s service area.”

In filing the paperwork with the PSC, Kenergy said it wanted to upgrade its current communications system from a microwave based radio system to a fiber optic cable one because it allows faster and more reliable communications between its 49 substations and the control offices. In addition, the fiber optic cable system better protects its electric grid from cyber attacks.

“The fiber optic network Kenergy seeks to construct is designed with excess capacity to be leased to Kenergy’s affiliate, Kenect, Inc., thereby enabling Kenect to extend and enhance the availability of broadband service to unserved and underserved households and businesses in Kenergy’s service territory,” the filing says.
The news elated Hancock County Judge/Executive Johnny “Chic” Roberts.

“In today’s world high speed reliable internet is a necessity,” Roberts said. “This pandemic has highlighted the need, and increased the sense of urgency.

“From tele-med to virtual learning it has valuable impact on life in general. We are hoping for a favorable ruling from the PSC. Our citizens in Hancock County and our region deserve it. We are excited that TDS and Comcast are here, and hopefully we can build on that.”

Roberts said the lack of broadband Internet access is an economic development and a quality of life issue.

“We are hoping the PSC acknowledges the need to allow electric co-ops to get in the broadband business so they can supply these rural communities that are underserved or not served at all so they can have the same opportunities these urban areas have,” Roberts said.

Roberts said it simply made sense to allow electric co-ops like Kenergy to provide broadband Internet service because they already have infrastructure running to the house. Electric lines and utility poles already exist and, and services run to the homes.

In its filing, Kenergy said the company plans to construct approximately 7,200 miles of fiber optic cable in its service territory over the next four to six years at a cost of $143,825,355.

Kenergy said the expected annual maintenance costs total approximately $274,287. Kenergy also said leasing out the excess capacity provides the cash to pay for the construction of the system and also the yearly maintenance.

“The Base Lease Fee is not only structured to fully cover Kenergy’s cost of constructing the fiber optic network, it ultimately yields a significant financial benefit,” the filing says. “Based upon the financial analysis, Kenergy is expected to enjoy a positive cash flow in year five. This additional revenue will help ease electric rate pressures on Kenergy’s member-owners.”

“If you ask some of the realtors in our community, they say one of the first conversations that comes up is if broadband is available,” Roberts said. “It is such an important issue.”
The only question now is when the PSC hands down its ruling regarding Kenergy’s request to create the broadband network. Kenergy made a strong case in its case before the PSC that the plan is in the public’s interest.

“Large portions of Kenergy’s certified service territory have been determined by the Federal Communications Commission to be ‘unserved or underserved’ by broadband service providers,” the filing says. “Kenergy proposes to construct its fiber optic network with sufficient additional capacity to extend and enhance the availability of broadband to its unserved and underserved member-owners.”

So, when can Kenergy member-owners expect to receive broadband Internet from this network?
“There are a lot of variables to when construction would start if the PSC awards approval,” Kenergy’s Communications and Public Relations Specialist Leslie Barr said. “It would depend, first, on if any parameters are set by the PSC in the order they give us. Secondly, things like design and securing materials for construction cannot happen until (and if) the PSC gives us approval.

“Saying all that, there are no definitive time frames we can give since there are so many variables to be determined. If Kenergy was given the green light to move forward, we of course would want to start construction as quickly as we could.”