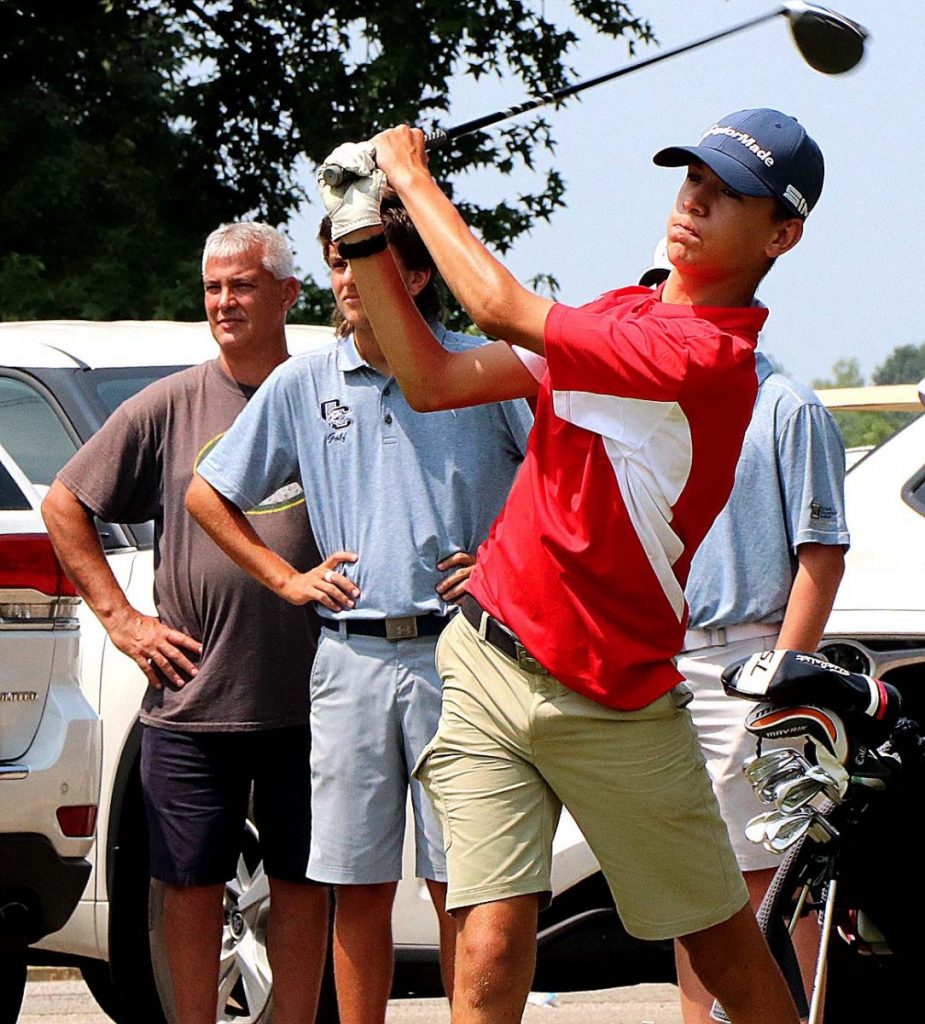 The A team from Owensboro Catholic won the event with a team score of 327, while the Aces’ Jacob Wellman was individual medalist with a 2-under par round of 70.

The Hornets placed seventh with a total score of 371. Dec Lewko led the way for HCHS with a solid score of 81. The freshman shot 39 on the front nine holes.

Jacob Shultz was next for the Hornets. The 8th grader shot a round of 94 that included a competitive best 42 going out.

Conner Napier struggled on his opening nine holes, but the seasoned sophomore battled back at the end to shot 97. Kolby Keown came in with a 99 and Maysen Tuell shot a 106. Hornets playing as individuals were Tyler McFarling (103), Korbin Kruse (105) and Tristen Muffett (133).

Ohio County placed second in the tournament with a team score of 330. Jacob Blackburn led the Eagles with a 78. Breckinridge County was third overall at 333. They were led by Mercer Rogers’ 79.

“Dec Lewko is beginning to step up the pace by consistently staying in the 80’s. I’m a bit disappointed with some of the other scores. We seem to be making some simple errors because we’re not slowing down and taking the extra time to make sure of our stance and direction, taking slow backswings and staying down through the swing. Those are the basic things we need to work on.

“Of course we miss Max Gray, who’s been out on quarantine, but he’ll be back this week,” Cowden said.

The Hornets competed in the Henderson County Invitational Monday. The team placed 12th.