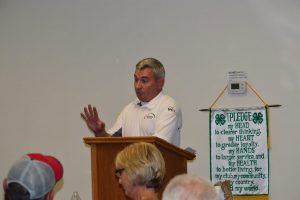 During his visit, Commissioner Quarles touted the Kentucky Proud program that promotes the diverse agricultural offerings found in the Commonwealth. He said the program now contains over 10,000 producers statewide. He said Kentucky Proud also started efforts to get locally grown produce and commodities into local Kentucky school systems.

“We are spending more time defending agriculture and keeping the activists out,” Quarles said. “Unfortunately we have a lot of activists from out of state that want to shut down animal agriculture by pushing their own agenda. Kentucky is a livestock state; over half of our farm receipts come from livestock operations.”

Quarles said many activists try to enact environmental regulations that basically end the practice of animal husbandry. He said these activists frame the issue as protect the environment or allow large livestock operations; the issue is framed as an either/or situation.

“We pass our farms down in better shape than what we received them and that is the right thing to do. Unfortunately, there are some activists that think that farmers are responsible for some environmental issues and that simply is not the case.”

Quarles mentioned carbon sequestration and other environmental activities farmers employ to be better stewards of the environment; he said many are not aware of these facts. He said part of his role is to get the correct facts out there for the rule makers so know the reality of what happens on a farm, not what activists claim happens on a farm.

“The vast majority, if not 99.9-percent of our farmers already employ (proposed regulations) on their farms,” Quarles said. “They are already treating their animals well because guess what, you get better productivity from that.”

Commissioner Quarles mentioned the WOTUS issue from several years ago as an example of activists pursuing agendas detrimental to agriculture. WOTUS stands for the Waters of The United States.

The Environmental Protection Agency under the Obama administration tried to codify an even stricter definition of navigable “Waters of The United States.” This definition included any tributary or upstream waterway of any navigable body of water that shows physical features of flowing water such as a bed, bank or high water mark, and subject that waterway to federal protection. 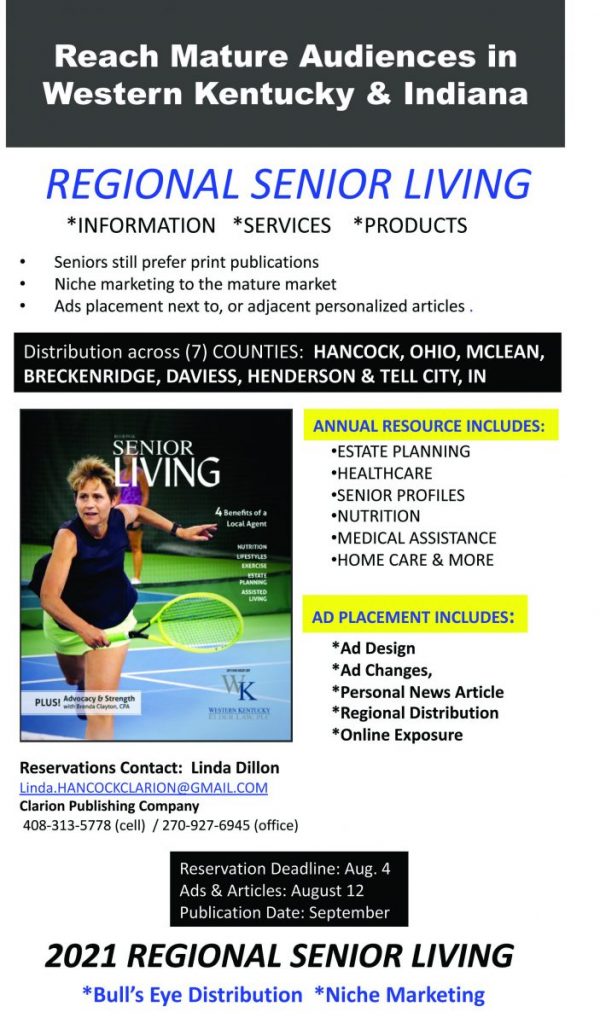 “It took three years for American farmers to get that fixed,” Commissioner Quarles said. “It was an EPA power grab that if enacted would allow the EPA to have jurisdiction over the vast majority of American farmland.”

Blackford Creek forms the western boundary of Hancock County, and several large farms and cattle operations exist along this waterway. The Clean Water Act defined Concentrated Animal Feeding Operations (cattle farms) as point source dischargers, and required such operations to secure a permit to discharge into a waterway.

Under the strict interpretation the EPA tried to enact under the Obama administration, Blackford Creek would be considered a navigable waterway and subject to regulation.
“There was a proposed regulation that would have treated a pond no differently that the Ohio River,” Quarles said. “That is not right.”

“Unfortunately some activists are going to the federal court system to try to attack the technology farmers need for weed resistance and higher productivity,” Quarles said. “It can get very technical very quickly.”