This week I want to talk about a funny thing that happened at church a few weeks ago. I attend Lewisport United Methodist Church, and on Sunday mornings I operate the sound booth. I am literally a trained monkey when it comes to what buttons to push to make stuff work. I really do not understand what the keys and buttons do, I just know what buttons to push.

At one time we used a program called Media Shout to show our slides on the projectors, but Brother Joseph Kim did not really like that program, so he switched to using power point. It is a much faster and easier program to use, so I like the switch.

There was only one catch:

The particular power point format Bro. Joe chose to use was in Korean. You might not know this, but I am not Korean, and I cannot read Korean! 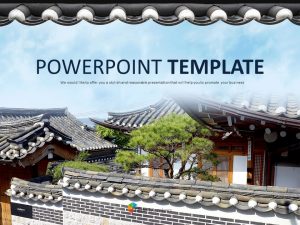 Each week I managed to navigate the program though it was written in Korean by counting over five spaces on the first screen and clicking, and then clicking on the first menu option on the second screen.

One day Bro. Joe decided to update the operating system on our computer, and when he did it lost the program drivers to our projectors, and they stopped working with the computer. He and Mack Cummings tried to solve the problem, but nothing they tried worked, so Mack brought his laptop to church and we just used it to run power point. No problem right? Wrong.

So the first Sunday we used Mack’s laptop, Bro. Joe needed to make an addition to the program slides, so he actually started the program for me. At this point I need to tell you that our sound booth is located in the old bell tower of the church, located above the entrance to the sanctuary in what is considered the back of the church. The pulpit is located at the front of the sanctuary.

Church started and a few minutes into the presentation the program glitched and some icons popped up along the bottom of the screen. Usually I just closed out the program and just reopened it when this particular situation happened.

I closed out the program, then I noticed a problem; though the program was written in English, I never knew exactly what the menu choices said in the Korean. The English version looked a little different, so I had no clue which menu selection I needed!

Bro. Joe noticed I closed out the program, but had not reopened it.

I am looking at the computer screen trying to figure out what to do. After a minute or so of standing in front of the sanctuary with no slides showing on the projector screens, Bro. Joe asks me, “Ralph, are you having a problem?”
“Yes,” I replied, “This program is not in Korean!”

Needless to say there were a couple of giggles throughout the church as our respective locations made it impossible for us to communicate quietly about the problem. Mack Cummings had to come up into the sound booth and correct the problem for me. Luckily the program did not glitch the rest of the service.

We had a potluck lunch after the service and Sheldon Roberts, who was in town visiting his parents, came up to me and said, “Did I hear you right, did you say the program was not in Korean?” I told him yes, that is exactly what I said.

He then wanted to know why the language made a difference, and I had to explain to him how Bro. Joe trained me on the Korean version of power point; I knew to count over five spaces on the first screen and select that option, and choose the first option on the second screen. He thought it was funny, and just laughed. I have since learned how to read the English version.