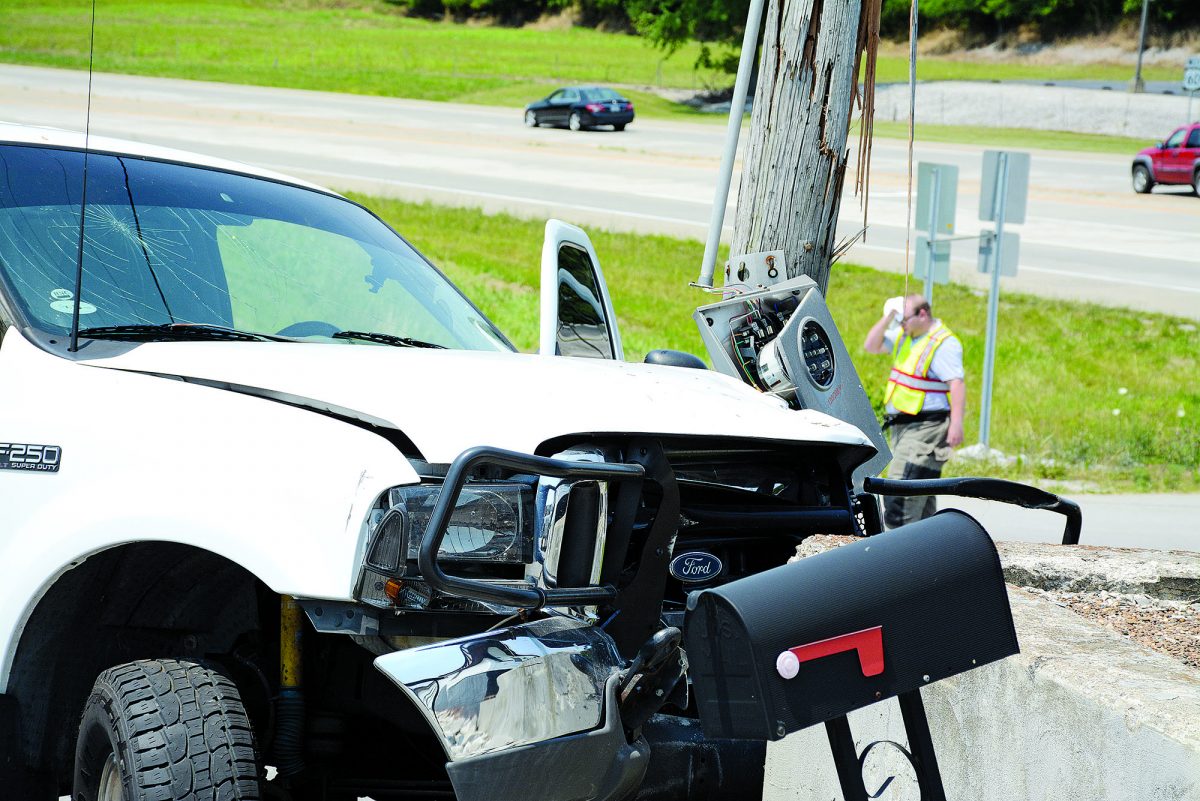 As Kevin Hazelwood drove north on state Route 1389 and approached the intersection with U.S. 60, he went to apply the brakes on his 1999 Ford F-250, and the pedal went down to the floorboard.

Lacking brakes and needing to do something to keep from slamming into the back of vehicles stopped at the traffic light with U.S. 60, Hazelwood veered his truck into the ingress to Hancock County Farm Supply. In the process he slammed into utility pole standing beside the drive.

“He made the right decision,” Hancock County Sheriff’s Deputy Jeff Hendrick said. “That big old truck, if it had hit someone in the rear end he would have hurt them pretty bad.”

The accident happened on July 4 at approximately 1:45 p.m. The crash took out the utility pole, and crews from Kenergy arrived on scene to replace the pole. Authorities made the intersection with U.S. 60 a two-way stop while crews affected repairs, Kentucky Transportation Cabinet District 2 spokesperson Keirsten Jaggers said.

According to Hendrick, it appears the brake booster on the truck failed. He said many times people blame an accident on their brakes failing, even though the brakes did not fail.
“His brakes definitely did go out,” Hendrick said. “His brake pedal was still on the floor.” 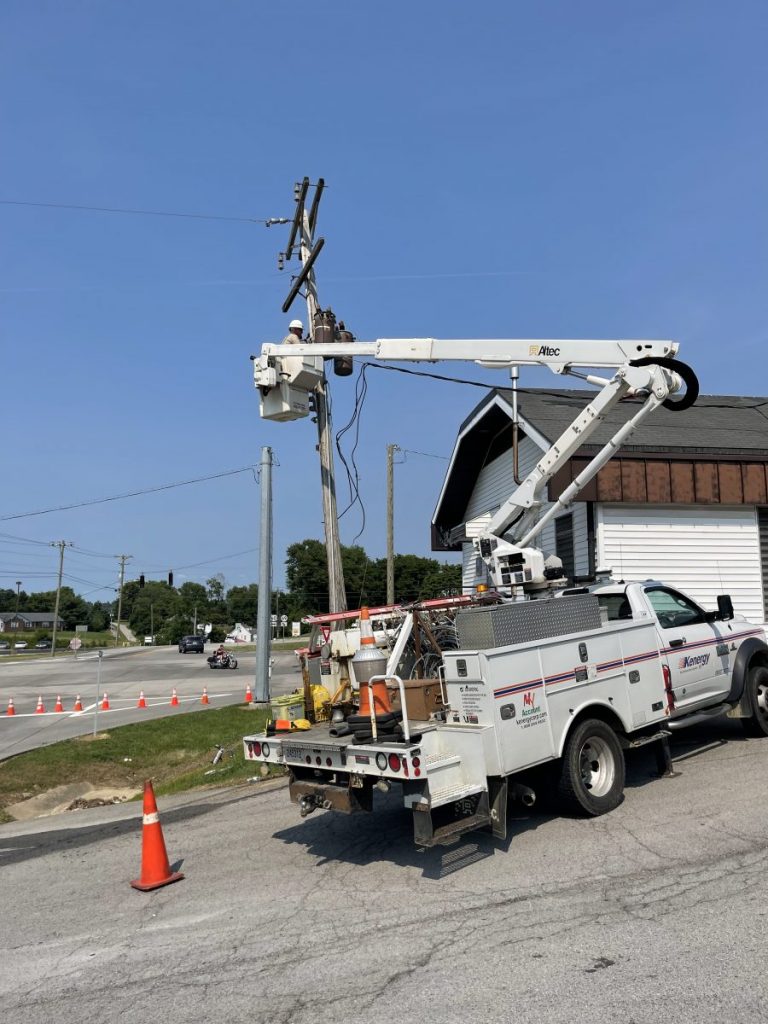