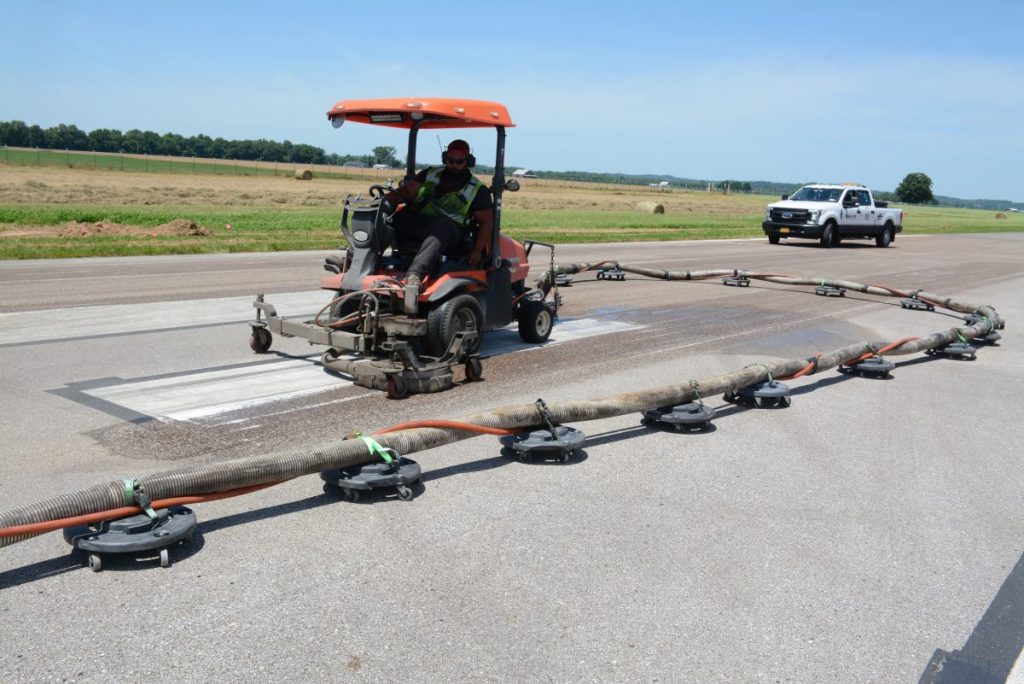 Crews from Casey Electric out of Tell City, Ind. continue to work on installing new LED lighting at the Hancock County Airport.

Because of the recent 1,000-foot addition to the runway, the airport needed to install the new LED lighting due to a mandate from the Federal Aviation Administration that new airport runways or extensions be outfitted with these lights. Since the FAA requires the lighting, the agency also pays nearly the entire cost of the lights.

“The work started on the 7th of June,” Hancock County Airport Board member Gary Wilcox said.
The construction closed the airport runway; with it slated to stay closed until June 26. Wilcox said crews plan to take a break for the 4th of July holiday from June 27 to July 5, and restart work on that Monday top complete installing lighting along the taxiway.
“It will take 15-days to complete this part of the project,” Wilcox said.

Wilcox said part of the project also consists of removing the existing painted runway numbers and repainting them on the runway.
“Now that we have extended our runway, the end is not at the same spot,” Wilcox said.

Crews used a high-pressure water jet to blast away the paint. Wilcox said crews plan to add a sealant to the runway after removing the paint, and when it dries they plan to repaint the runway numbers on each end of the runway, as well as other necessary markings on the taxiways.

“With 5,000-feet, we should be able to take most corporate jets,” board member Donn Wimmer said.

Wimmer praised the installation of the new LED lighting system. “The old style lighting, we always had to fix it, Wimmer said. “We were always replacing bulbs. This is going to last a long time, and it does not cost the county anything.” 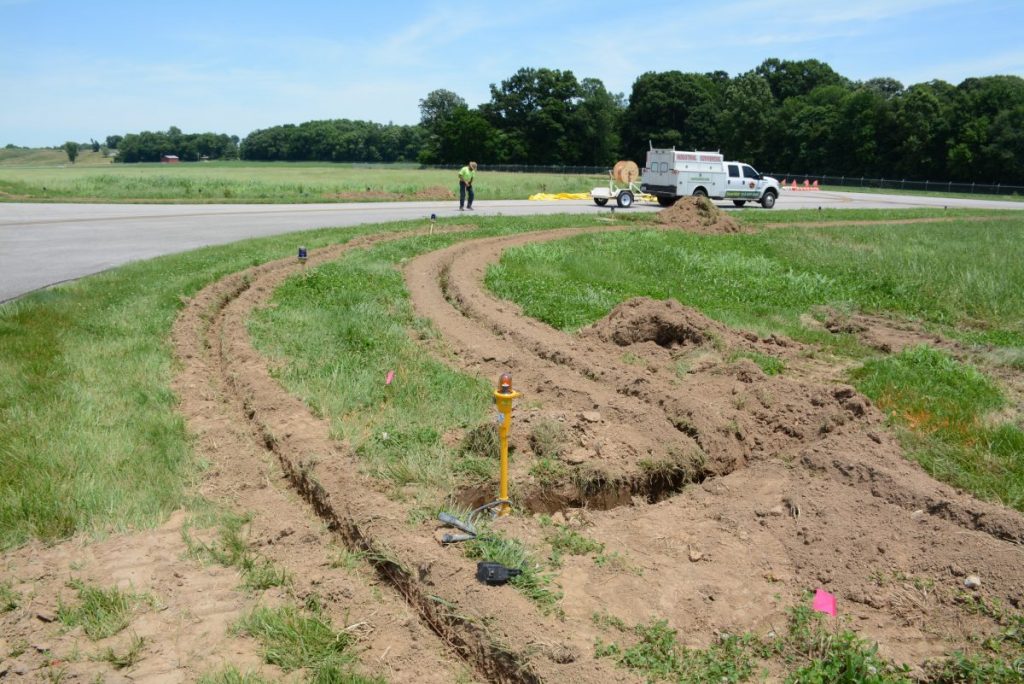 “A lot of the money we make right now comes from the sale of jet fuel,” Wimmer said. “A lot of helicopters use jet fuel and they come in here.”

The airport also saves money by not having an airport manager. Several board members volunteer to manage the airport. Volunteers include: Wilcox, Roby Dillon, Mike Cook and several others.
“As long as they keep on doing that we will not have to hire a manager,” Wimmer said.

Wimmer said the Hancock County Airport also offers an amenity not available at other airports similar to it in the state. Two vehicles, a van and a car, sit at the airport for pilots and others to use.
“People coming in here for business, whatever, get to use those vehicles for free,” said Wimmer.