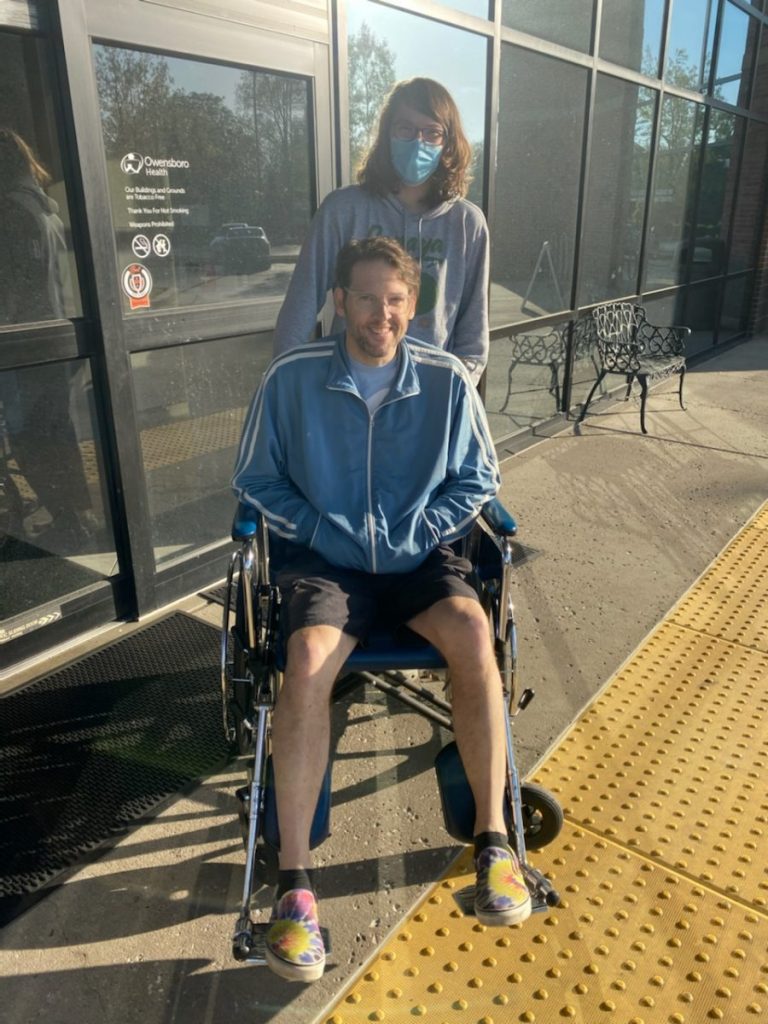 Like most things medical, I’ve been willfully ignorant about chemotherapy. I’ve always considered myself healthy as a horse – and I in fact have outlived several horses – so I never needed to know about anything about it. I started my chemo regimen on Monday and I’m told that on days three through five after treatment I’ll feel my worst. I’m writing this on day three, so if it goes awry let’s just blame it on the medical community.
But first let’s talk about one side effect of cancer that no glossy pamphlet and no nurse navigator warned me about: having to constantly answer my phone.
For years I’ve been happily unaware of what my ringtone even sounded like, and many people have started conversations with me by saying, “I don’t know why you even have a phone…” but suddenly I have all these calls from doctor’s offices and hospitals that I can’t ignore like I have so many others in the past (sorry everybody).
Another side effect is more lingering and even looming: what happens to all of my stuff?
I have really cool stuff. Well, at least it’s cool stuff if you’re me, or someone very much like me. I have all three interrogation room chairs from the TV show CSI as my kitchen chairs after I bought them at an auction when the show went off the air.  I have a disassembled Porsche 912 engine in boxes. I have a screen print called “CMYK” by the Norwegian studio Skurktur, which shows a joyous child dancing in a rainbow-colored rainstorm while a sullen man in black hides under an umbrella. I have tons of interesting stuff, but in its entirety it’s interesting only to me.
To anyone else it’s more things to find places for, or new homes for. Or maybe even a big trash bag for.
Regardless of whether I’m here for a long time or a short time, what will happen to all of my stuff?  My girlfriend Jamie pointed out to me that no one in my life is ever going to enjoy selling my things, no matter how much money it brings or how well it goes. It’s at best a reminder that the one who’d most enjoy the stories of how much stuff sold for and where it went, me, isn’t there to hear the stories, and it’s at worst a constant drip on an upside down sauce pan in the kitchen sink, thumping about the brevity of life.
I’ve been to auctions where I’ve seen boxes of what were surely someone’s carefully chosen possessions tossed on the front yard with vultures like me digging through them, hoping the next box won’t be full of such pointless junk. Slightly rusty exercise bikes and stunningly ugly side tables are lined up along the edge of the driveway.
“Who’s going to want a crappy old fiberglass chair with paint on it?” someone might eventually scoff as they walk through my life splattered out on my former lawn. That crappy old chair is a 1964 Knoll Bertoia that I found in a trash pile in the mountains of eastern Kentucky when I was there on a photo workshop, I’d wish I could reply. I don’t know why it has paint on it but it’s lived a long and memorable life. But no one shuffling past and giving the blue beauty a side look will know that. It’s just an old chair with paint on it. Soon it might be in someone else’s trash pile.
Even if I were to assume that someone in my life would relish the idea of picking through my stuff, taking photos and selling every last thing, only I know what much of this stuff even is or why anyone should care about it, so now I’m faced with the prospect of putting labels and descriptions on all the most valuable or interesting stuff I own. It’s an odd little inventory to take of one’s life. I haven’t quite started fully and I’m not sure what it’ll tell me about myself.
I watched a documentary last night about rare book dealers and one person on it said that you can tell a lot about a person by the stuff in their homes, about the things they thought about and placed importance on, so I’m about to do some objective investigating into what kind of person Dave Taylor has been.
I guess the only certainty is that one day none of it will be mine, be it sooner or later, so it’s time to thin the herd.
As my favorite architect Ludwig Mies van der Rohe famously said, “Less is more.”
By Dave Taylor
[email protected]
Posted in News and tagged Dave Taylor, What I learned from dying, Who wants my stuff?