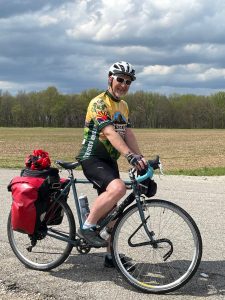 Legend says two stations of the Underground Railroad existed in Hancock County: one at the Emmick Plantation house west of Hawesville and the historic Fern Creek home, which burned several years ago. One common denominator existed for both of these stations: they sat on the banks of the Ohio River. Byron Emmick said he heard stories all of his life about the plantation house serving as a stop on the Underground Railroad.

Also, stories say the cave behind the Fern Creek house in Hawesville housed escaped slaves traveling routes on their way to freedom.

A map of the various Underground Railroad routes shows one that started in Louisiana that passed through Hancock County. The route followed along the Ohio River to Cincinnati and turned north through Ohio to Canada.

So, the local legend that two Underground Railroad stops existed in Hancock County does contain some plausibility. A picture presumably taken in the 1800s shows a plantation style house in Jessamine County, similar to the Emmick Plantation home, serving as a safe house one on one of the routes.

The Underground Railroad developed in the United States prior to the American Civil War, and like a railroad system it contained various routes from slave holding states to the north and eventually to Canada.

Though not a real railroad system, the organizers used railroad terminology to help disguise their true mission. They called their escape routes “lines”, safe houses, like Fern Creek and the Emmick Plantation house were called “stations”, they called the people running the stations “conductors” and they called the escaping slaves “packages” or “freight”.

Though estimates vary, between 40,000 to 100,000 slaves fled the south to freedom via the Underground Railroad. People from all walks of life worked on the various escape routes from the south. The list includes former slaves, abolitionists, philanthropists and several church leaders. One of the more famous “conductors” on the Underground Railroad was Harriet Tubman.

Born in Maryland in 1820, Tubman escaped slavery in 1849 when she heard rumors her owner planned to sell her. She made her way to Philadelphia, Pennsylvania and later to Baltimore, Maryland where she helped her sister and her two children escape. This success launched Tubman’s “conductor” career, and history says she made approximately 13 trips into Maryland to bring out slaves.

Over the years she helped approximately 70 slaves gain freedom.
Tubman’s success at helping slaves escape raised the ire of southern slave owners, and they placed a bounty for her capture. The bounty reached upwards of $40,000, and incredibly large sum of money in the mid-1800s. Though an astronomical bounty existed for her capture, she managed to evade these attempts to stop her and continued her work to bring slaves to freedom.