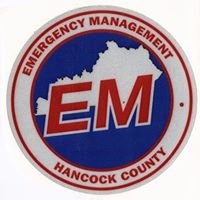 After hearing the county’s 911 communications are so poor that it’s endangering personnel, the county has committed to spend at least $269,000 to bring it up to minimum compliance in the next year.

Damien Rice, the county’s 911 director, told the fiscal court Monday that the system had been neglected for so long that it would need a major infusion of funds to fix it, and he brought examples of how first responders had been left without communication in dangerous incidents.

After describing how much of the emergency communications equipment in use in the county is about 20 years old and doesn’t meet the minimum requirements to allow the county to apply for grants for upgrades, he played audio and told stories about times when the system had endangered personnel.

In an audio clip, Rice let the magistrates hear how a routine traffic accident turned dangerous when the first responder to arrive was attacked and was unable to get a signal on his emergency radio.

On the audio the responder announces he’s arrived on the scene, but when dispatch checks on his status moments later, all they hear is him attempting to respond but only getting clicks because of a lack of signal.

“Mind you this is out about half a mile from Patesville church on 144,” Rice said.
Kyle Veach, the county’s EMA director and a volunteer fireman who was at the meeting, described what was going on.

“This whole time a volunteer firefighter’s getting assaulted and he cannot call for help on his radio. He’s there by himself and being assaulted by two patients,” he said. “He had to use his cell phone to call 911 for help.”

“It was roughly eight minutes before he was able to ask for help,” said Rice.
First responders often use an app on their phones to communicate when their radios aren’t working, but that depends on the often spotty cell signals in rural areas.

The county needs to spend big money to bring the system up to be P25 compliant, which means they meet the minimum accepted standards for emergency communications, would be $459,480.

Grants aren’t available for any of the upgrades, he said, because they require that any agency applying be P25 compliant.
“No federal dollars if we don’t go compliant, but in order for us to be compliant we have to start somewhere,” he said.

Rice’s proposal would include buying communication equipment for three existing towers in the county, plus new handheld radios, which would meet the minimum requirements. After some discussion, he said the county could do only the tower sites and wait on the radios, bringing the cost down to $269,533, but that without a commitment from the county for at least that much improvement he’d have to cancel filing for a half million dollar federal grant because they wouldn’t qualify.

Magistrates pointed out that the federal government has promised large sums of money to the county from the latest COVID-19 relief bill, which might cover the cost, but that they hadn’t been given any information on how much they’d get or how they’d be able to spend it.

“I’ve not received anything official on the stimulus money the county’s getting,” said judge-executive Johnny “Chic” Roberts. “But if we allocate funds toward anything before we get that money and it being approved then it wouldn’t be covered.”

But waiting to see if the federal money will be enough and whether the county will be allowed to spend it on emergency communications would mean forfeiting the potential grants between now and then, and still leave open the possibility of being in the same situation months from now.

“We’re going to go ahead and forfeit the half million dollar grant that’s due in a few weeks because we don’t have any commitment as far as the infrastructure side of it,” Rice said.
At the very least he needed a commitment that the county would spend the money required to bring the system up to P25 compliance in its next budget, which Rice said would allow him to apply for grants with the promise that the system would be compliant long before any grants were approved.

But, he said, if the COVID funds weren’t allowed to be used, the county would still need to fund the upgrades that he said were long overdue.
“That’s why everything emergency service related is in the shape it’s in,” he said. “We haven’t as a county, or whatever, put forth the effort to maintain anything… If we had worked toward this over time, it wouldn’t be such a big jump at once.”

The court voted to commit to bringing the system up to P25 compliance under its next budget, which will begin on July 1.