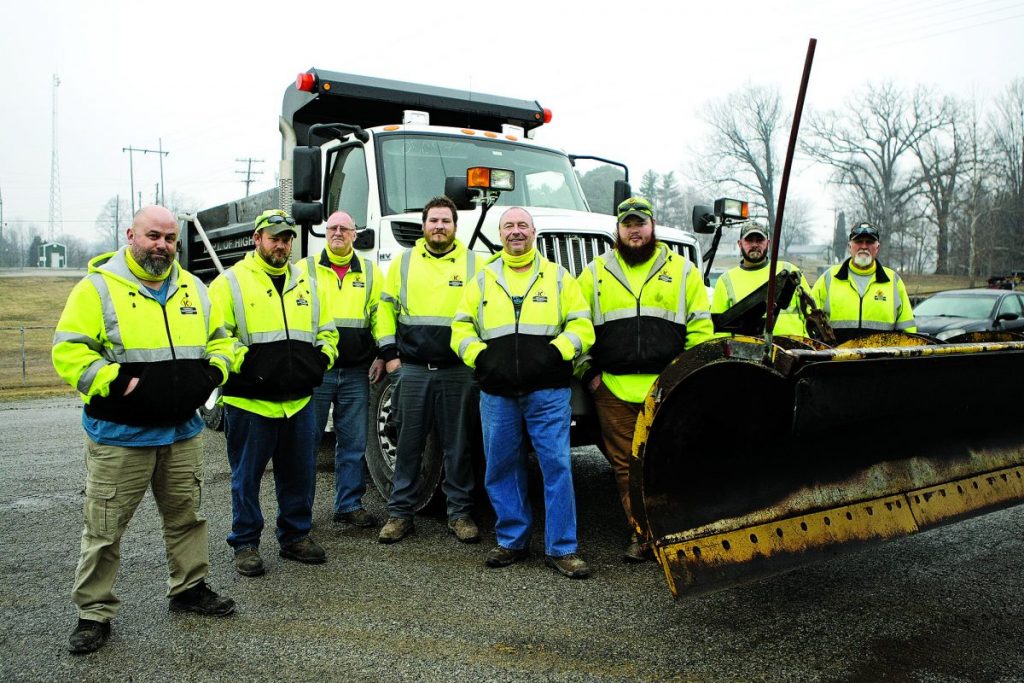 The ice that hit Hancock County overnight Wednesday meant an early morning and a long day for the local crew of the Kentucky Transportation Cabinet, with plenty more where that came from as more ice and snow moved to the area Thursday.

For the crew of eight, their day started early Wednesday morning, with drivers on the road at 5 a.m. treating the 178 miles of state roadways in the county.
“We got out at 5 o’clock this morning and started treating our priority routes and then once it became daylight then we went to the non-priority routes,” said Jay Graham, superintendent of the department, as the guys gathered at the road department Wednesday morning.

Where and when they work is dependent on the weather, which isn’t always fun when there’s bad weather outside of normal work times.
“Especially if you have a few days in a row like we’ve been doing. Weekends, especially,” said Jonathan Jackson, one of the drivers.
“We even got more coming up this weekend, so theoretically we could end up being here all week and all weekend,” said Graham.
“We came in at what, 4 a.m. Sunday?” said Paul House, another driver.

“Yeah Sunday we came in at 4 in the morning,” said Graham. “We worked all day Sunday. Friday we were in here all day pretreating the roads.”
The trucks are equipped with snow plows and salt spreaders, but while the snow can be difficult, the men all agree that ice is exponentially worse.
“Snow we can handle, but nothing goes on ice,” said Jackson.

Newer trucks have automatic tire chains that deploy at the push of a button, but those only help the rear tires and do nothing for steering or braking on the front.
“You’ll just be driving down the road and all the sudden the whole truck will break loose and your heart stops,” said driver Robbie Riley.
“There’s actually been trucks stopped right in the middle of the road and next thing you know it starts sliding off the road and you’re not even going anywhere,” said Graham.
“Mine slid off the road and I wasn’t even in it,” said Riley. “I was in a little banking curve and a county truck had a wreck and I got out to help them and I turned around and my truck just went like this right into the ditch and flopped right over in there.”
“Mine broke loose this morning and started going sideways out there at Cabot,” said House. “About the closest I’ve come to losing it.”

As icy and wintry weather continued to threaten to create dangerous road conditions into Thursday night, the guys at the road department were preparing for more long hours.
“We worked all day yesterday and then turned around and came back in at 5 this morning and then we’ll work whatever our shift is today and then turn around and come back in eight hours later,” Graham said.

Although it’s not easy or preferable, he said they all know that times like this are a part of their chosen jobs and that they fill an important role in people’s daily lives.
“Most everybody has kids or has had kids, and you’ve got to look at it as would you want your kid or would you want somebody else’s kid to have an accident or injury in this because you weren’t here?” he said. 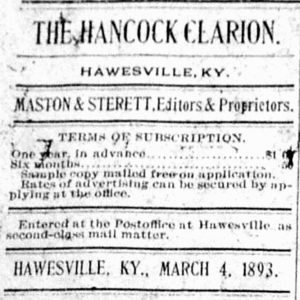