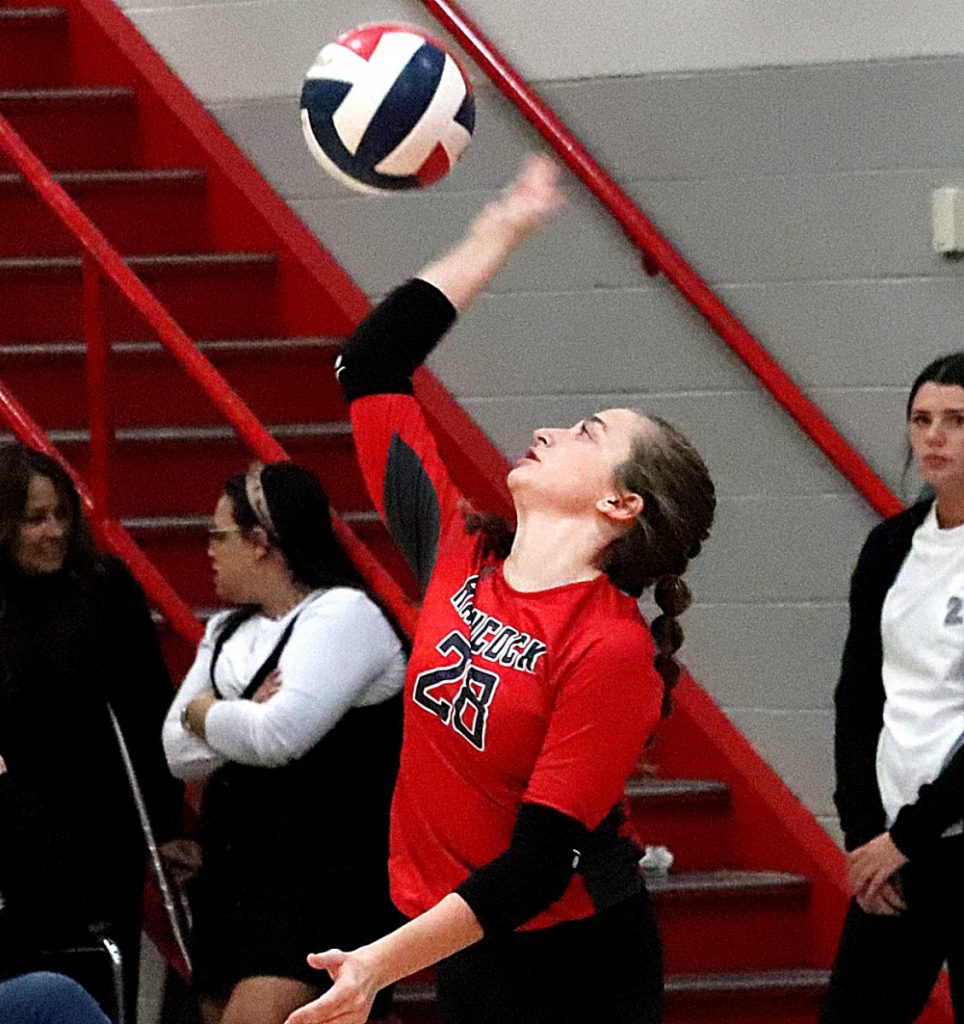 The HCHS Lady Hornets varsity volleyball team saw their season come to an end when they fell to Breckinridge County in the 11th District tournament played at Cloverport Monday. Hancock County completed the season with a record of 8-22.

The Lady Hornets came out ready to play under the direction of coach Bailey Weikel. HCHS won the opening set by a score of 25-22 and the girls were pumped up. Hancock County lost the final three sets, but were highly competitive in two of the three. Breck advanced to the title game by closing out the match 25-19, 25-9 and 25-22.

Kennedy had four kills, one block, four assists, two digs and five service aces. Peck had three kills, five assists, five digs and two aces.  Madden had two kills and one dig, Reed had six digs, Kellems had three blocks and one dig, Mooneyham had one kill, Harrison had two digs, and Gilliland had one dig.