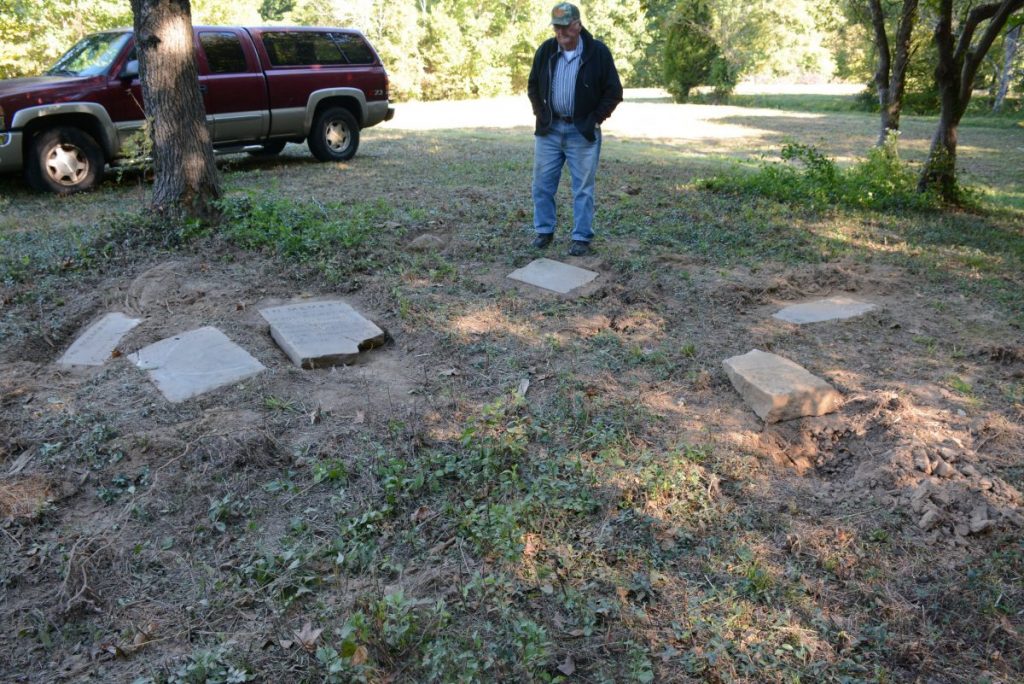 Six miles East of Hawesville on Old Hwy 60, Kenneth Burk was recently bush hogging and uncovered grave stones from a very old cemetery, near what was once Little Tar Springs Road.

The property was previously the Henning Farm until Kenneth’s son, Matthew Burk, purchased it. 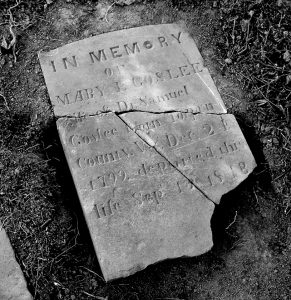 Dr. Samuel Goslee came from Oldham County, and according to the 1850 Census, was born in Maryland. Mary (Layne/Lane) Goslee was his second wife. Records of his first wife, Otilda Heifleigh, indicate that they had been married around 1808 (See the last record. It is between two lines at the bottom of the document, it’s very hard to see, but it is there). Samuel and Mary married in 1818, and a list of their children, they has seven ranging in ages from one to 11. Samuel’s occupation was listed as a physician.
The Clarion contacted the “Kentucky Room” at the Daviess County Public Library for help i finding records of the Goslee family. They quickly came up with the following information. Our thanks to Heather Ramsey at the Kentucky Room for her help.

Matthew and Kenneth bush hog every year. “This year, I lowered my bush hog a little bit,” Kenneth said. “When I bush hogged by, I uncovered some monuments that were covered up with vines and weeds. That is how I found these.”

He called LT Newton, local historian, and asked him to come and take a look at his findings. “LT is going to come up and probe around and jot it down on his map,” he said. “He told me he’s been up here before. Robbie McCormack told him about this when he lived up here in this neighborhood. He’s been up here several times looking for it and he never could find it because the vines had covered it up, I guess,” Kenneth said.

LT said he knew about the old cemetery there for some time now and that Robbie had told him about it around 6 years ago. “I’ve been there 4 or 5 times trying to find it. It was always grown up so bad and I had to walk a pretty good ways to get to it. One time I was able to drive fairly close to it but when I went in the direction of it, I got in a situation where I couldn’t drive any further and I was out of time and had to give up. But, it was still on my hit list. Robbie and I had talked about it probably a couple of months ago and he said he could take me to it. We never could get coordinated to go, for him to show me if he could find them.

So, in the meantime, Kenneth found it when he was bush hogging and that’s wonderful. As quick as I can get a little bit of time, I’m going up to plot it out and everything. I can get the names off of those stones, the birth dates and that information and I’m going to get into the books and see what I can do research-wise and come up with who they are and where they came from.”

The old cemetery doesn’t have a name that LT recalls, although he said he talked with some locals around 4 years ago who told him this story about it: “Right by there is the old stage coach stopping place and a family was headed west and stopped at that stage coach inn and got sick and were unable to go any further. They didn’t make it through their sickness.”
“Some of these things, you just search for years and years and it is futile,” LT said. “You just have to stop and find out a little bit more…It’s a thrill once you find that needle in the haystack.” 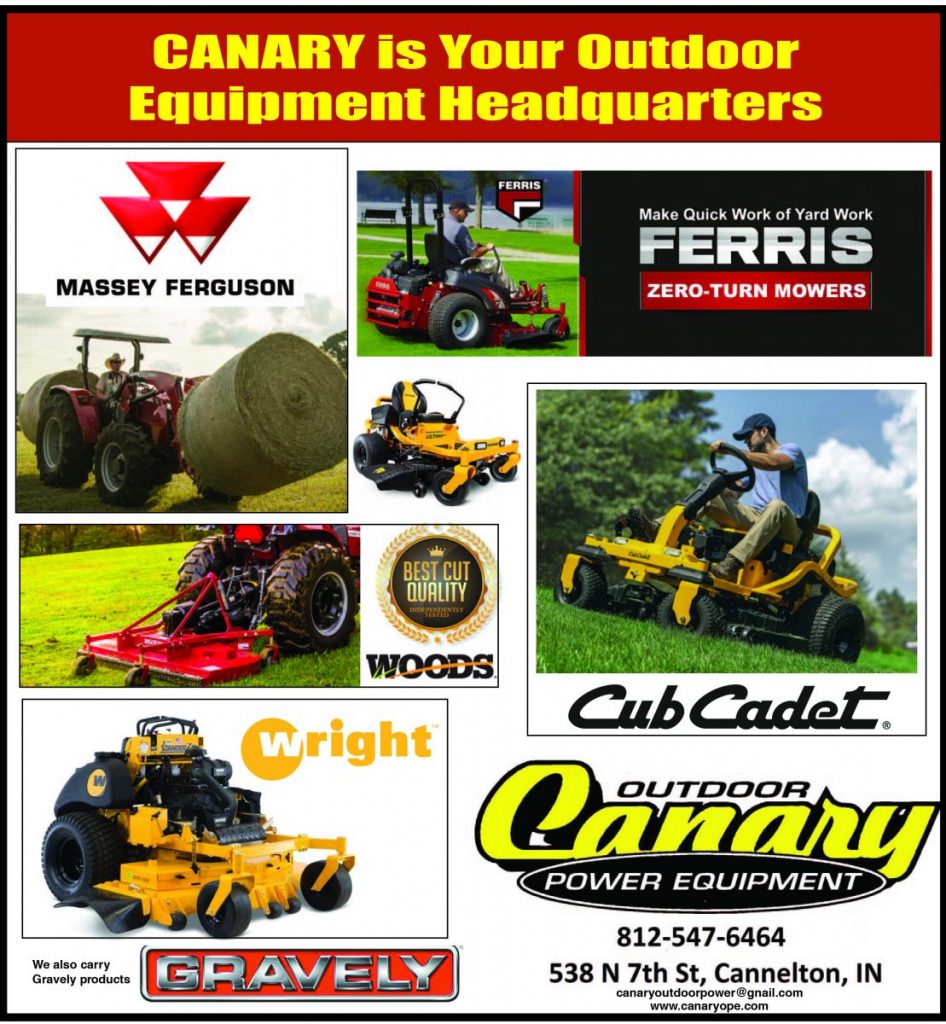