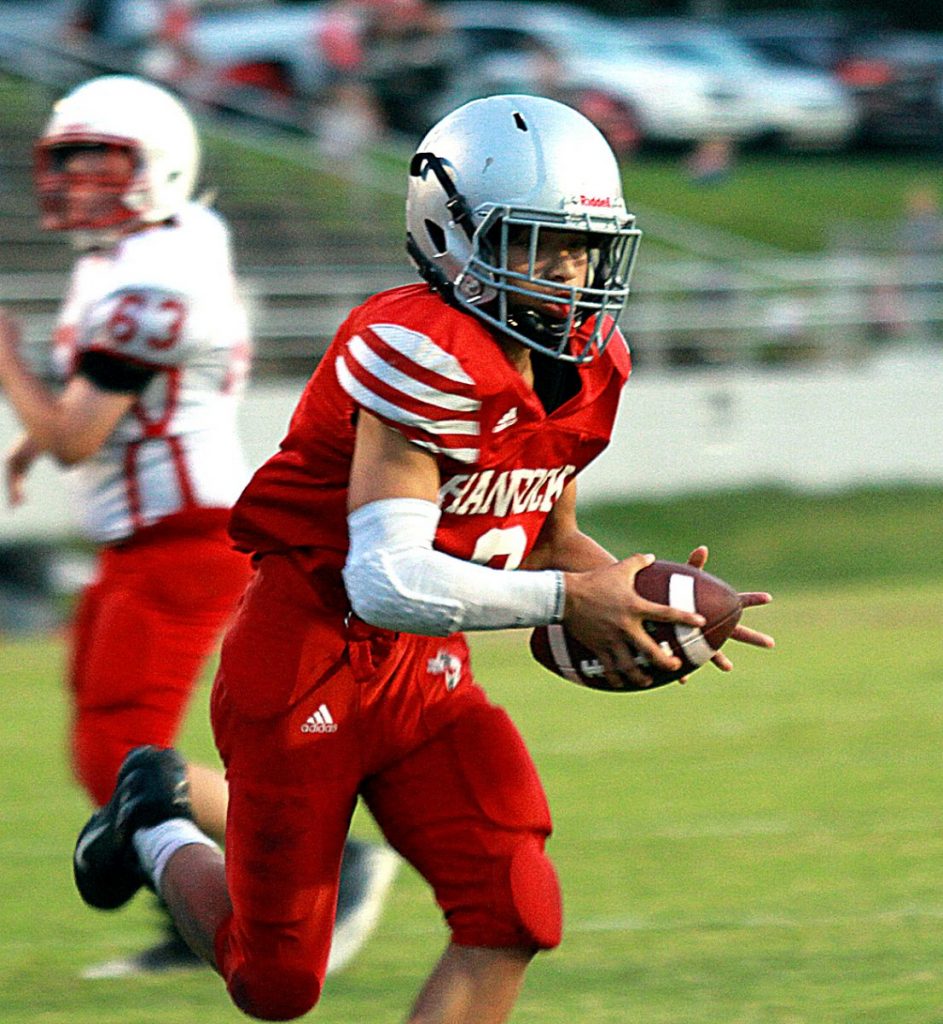 Three Hornets players scored two touchdowns each as the Hancock County 8th grade football team won 42-0 over Edmonson County on September 20 at Brownsville. The team is now 8-0 and will host the GRVC conference championship at Schafer–Glover Field Thursday.

Tyce Boling got the offensive party started with a 35-yard touchdown run in the first quarter. Graham Shearn chipped the 2-point conversion before breaking free for a 50-yard TD run. Dylan Mucker scored the conversion and the Hornets led 16-0.

Shearn had another long TD run when he raced 47 yards to the end zone in the third period. Boling added a 25-yard TD run in the fourth before coach Jeff Kessans called off the dawgs.

Mucker made 11 total tackles and Eubanks made nine stops with one QB sack. Shearn had six tackles and a fumble recovery, Nolan Ashworth made five stops, Brayden Roberts and Anderson had four each, Yanez had three tackles and two QB sacks, Quaid Estes made three stops, Camdon Garrison, Denarius Majors and Blake Haycraft made two each, Grant Smith had a tackle and a sack, and Ian Rust, Boling, Landon Hendricks, Jon McFarling, Keegan French and Ashton Vogt all had one tackle each.