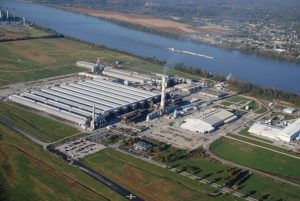 Century Aluminum – Hawesville Smelter notified employees at the plant on Wednesday the company plans to temporarily “curtail” smelting operations for 9-to-12 months due to rising energy costs in wake of the Russian invasion of Ukraine.

The operational pause will result in the layoff of 628 employees, including 504 members of the United Steel Workers union. The layoffs are expected to begin Aug. 5 and be completed by Aug. 20, according to the letter.

“At this point in time, we are looking at full curtailment with the intent it will be a temporary curtailment of nine to 12 months until energy prices get back to a more normalized level,” Calloway said.

Calloway said Century buys its power on the open market, and the costs of producing its Hawesville products did not make operations sustainable at present.

Century will retain about 20 salaried and hourly employees at the facility in a maintenance role during the curtailment, assuring infrastructure is ready to go once operations resume.

“We will shut the pots down in such a way as to make it easier to restart,” he said. “We’re trying to take special care in that process to put ourselves in the best position to restart.” 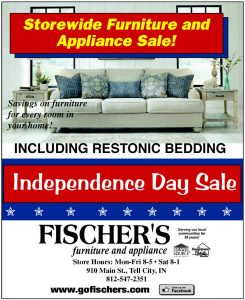 The Hawesville facility has five pot lines, four of which produce primary aluminum at 99.9 percent purity. This type of aluminum is primarily used in the aerospace and defense industries, supplying such projects as Airbus, the U.S. Navy, and the International Space Station. As well, the company supplies their products to the electrical conductor, remelt ingot, and high-purity ingot markets.

Calloway said the aluminum market is not the issue for the Hawesville facility, it’s purely operational costs.

“There is plenty of demand for aluminum, there’s strong demand for aluminum in the United States,” he said. “That’s not the issue at all; it’s the cost to produce the aluminum. Energy prices in general increased due to the Russian war in Ukraine, not only here but around the world as well.”

The London Metal Exchange (LME) price for aluminum was $2,455 per metric ton on Tuesday. Century Aluminum was trading at $8.60/share at midday Wednesday, down from a year-high of $29.49/share on March 4.

Calloway said bringing laid-off employees back once operations resume is the goal of the company.

“We would hope to attract those employees back in the future,” he said. “That’s what we want. It will really be dependent upon the individual employee.”

The company is led by CEO Jesse Gary.

Hancock County Judge/Executive Johnny “Chic” Roberts said Wednesday afternoon the decision by Century has impacts locally in three ways: the employees and their families, the local and regional economy, and the fiscal impact to county government.

“First and foremost, I encourage the community to keep those employees and families in your thoughts and prayers,” Roberts said. “They have bills to pay, mortgages, tuition payments in these inflationary times. There are going to be some tough conversations in some homes in our community tonight.”

Century is the second-largest employer in Hancock County, but is also a major regional employer. Roberts said the layoffs will have a “ripple effect” throughout the region.

“It’s not only the Century employees, but also the smaller businesses which supply and service the facility,” he said. “I’m not sure how many businesses that will touch, but I estimate it will be far-reaching and felt in many ways. We are a strong community and we will bounce back, but it’s just a tough thing to hear about.”

Roberts said that while the county’s occupational taxes had been on an upward trend since the COVID-19 pandemic slowed down, the loss in county revenue could impact county services in the future.

“The revenue generated from Century for county government is at least $850,000 annually,” Roberts said. “Certainly, that is going to be something county funding will notice. But, I want to stress that the most important thing is keeping those affected families close to our hearts. We are committed to assisting them in any way we can.”

Mike Baker, director of the Hancock County Industrial Foundation, said he is continuing to learn more about the curtailment plans, but stands ready to move forward.

“The Hancock County Industrial Foundation will be working with all our regional partners and resources to assist the employees and the company as efficiently as possible,” Baker said. “Generations of Hancock Countians, citizens of surrounding communities, contractors, suppliers and customers have relied on this plant for decades. The Century plant is an important and longstanding part of our industrial community.”

Here is the full letter from Century Aluminum to employees:

In order to continue to operate its smelter located at 1627 State Route 3543, Hawesville, Kentucky (the “Hawesville Smelter”’), Century Aluminum of Kentucky GP (“Century” or the “Company”) must be able to purchase reliable, affordable electric power. Unfortunately, an unprecedented rise in global energy prices arising from the Russian war in Ukraine has dramatically increased the price of energy in the U.S., and around the globe. The cost required to run our Hawesville, KY, facility has more than tripled the historical average in a very short period, Given these circumstances it is necessary to fully curtail operations for a period of approximately nine to twelve months at Hawesville until energy prices return to more normalized levels. This is expected to result in the layoff of 628 Hawesville Smelter employees, including 504 employees represented by the United Steel, Paper and Forestry, Rubber, Manufacturing, Energy, Allied Industrial Service Workers Union, AFL-CIO (USW).

The Company intends to begin the curtailment process immediately, and at the same time, prepare the facility for a restart when energy prices stabilize. We expect that employees will begin to be laid off the week of August 5, 2022, and it is currently anticipated that all of the layoffs will be completed by August 20, 2022. The specific schedule of the layoffs will be determined based on the progress of the curtailment process described above. To the extent that employees are laid off less than 60 days from the date of this notice, they will be paid the difference in accordance with the WARN Act. All layoffs of employees represented by the USW will be conducted in accordance with the collective bargaining agreement currently in effect between Century and the USW. As such, some USW-represented employees may have bidding or bumping rights as set forth in the collective bargaining agreement. At this time, it is expected that these layoffs will be temporary, but the Company expects that the layoffs will be for nine to twelve months. When the Company’s anticipated energy costs return to a level that makes the Smelter economically viable, the Company plans to restore manufacturing operations at the Hawesville Smelter up to previous levels.