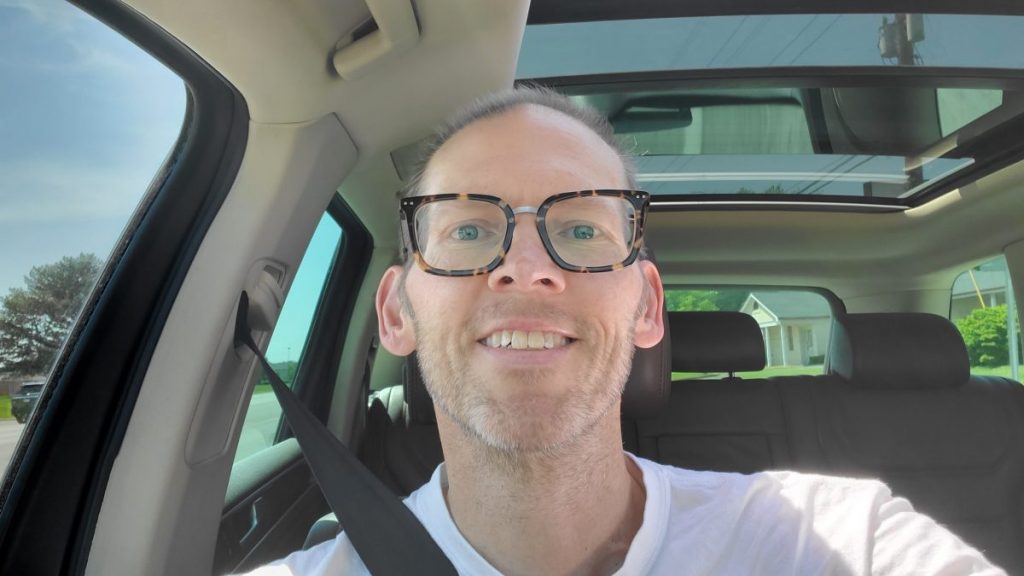 I made a resolution to fix everything on my car but I cheated and bought a whole other car instead.

Now that 2022 is nearly six months old and since my death has been postponed, it’s time to look at the progress I’ve made on my New Year’s resolutions for the year.

I made several resolutions and honestly wasn’t sure if I’d get to do much about any of them but I think I’ve done fairly well so far.

Exercise more. OK, this is the first one and I haven’t done great with it so I’m off to a bad start. But I have been walking more in general, which some people call exercise.

Gain weight. Crap. Another one I haven’t done. I actually lost a little more weight but now I’ve stopped doing that so maybe I’ll turn it around and actually put on a little weight.

Get two haircuts. I actually have gotten one official haircut but then my hair started falling out and I had ro shave it, so that could be counted as two. Part of this resolution was that if I needed two it meant my hair hadn’t fallen out, so that part didn’t really work out.

Organize my garage. This one is almost done! Admittedly though, it’s been mostly done by my wife Jamie. Still counts though, right? I still can’t get two cars in there but I could in a pinch.

Sell a lot of stuff. Done. I’ve sold a ton of stuff and am selling more so I must say I’ve been very impressive on this one.

Shower more often. I think if I hadn’t been doing well on this one I’d lie and make it seem like I had because it’s gross otherwise. I probably still need a little work on this one though.

Take more photos. I have in fact shot a whole lot more photos this year, as evidenced by the gallery on my phone. Most of them are of cars but I’m getting back in the habit, generally speaking.

Hang out more. I’ve done a little bit more of this one, having gone to a couple of high school baseball games and one softball game. I haven’t officially hung out with anyone just to be hanging out, so I need to work on that.

Travel. Oh boy, have I done this. My then fiancee Jamie and I went to New York City earlier this year and then went to Chicago for our honeymoon. Next we’ve planned a trip to Nashville and we want to go out west to California and Colorado. We’re burning up the roads!

Get some clothes that fit. I started out this year by quickly grabbing a bunch of shirts at Goodwill, not all of which fit. One was a husky boy’s shirt, so I should’ve paid more attention. But since then I discovered Poshmark, where I could buy designer clothes used and reasonably cheap, so now I have a whole new wardrobe of tiny clothes that fit my tiny body.

Exist to more people. I guess this one overlaps with my resolution to hang out more, but I have been seen by more people lately, so they will hopefully remember that I’m not dead yet.

Write more. Here’s another one I haven’t done a good job with. I still have trouble concentrating to even write this column, much less anything else, but I really need to try to engage my brain and write at least a little bit more.

Plan my funeral. I did most of this one, planning the songs and even choosing the design for my little funeral pamphlet thing. I got to the point of needing to upload pictures for my slideshow and I started getting better and I stopped the planning. I do need to finish it though, and I’m pretty sure I’ve already said that multiple times in this column, so it’ll be extra embarrassing if I die without a complete funeral plan. Good thing I’ll be dead.

Marry Jamie. Done! We got married on April 9 in a low-key ceremony at our church and then we headed to Chicago for the honeymoon. Now we live in wedded bliss (seriously).

Hook up my stereo. OK, I haven’t done a single thing on this one. In fact I put one of my speakers up for sale. I do need to get the stuff hooked up though because it’s such a good feeling to listen to music in surround sound filling the room.

Paint my bedroom. Done! OK, we had it done by someone else, but it still counts. And now it’s “our” bedroom, since I’m a married man.

Learn more about art. I’m not sure if I’ve learned more per se, but I’ve been to several art museums and art shows, so surely I’ve learned something. I think I meant watching more documentaries about art and artists, but still experiencing art in person has to count for something.

Read more of the Bible. I can always do better at this, although I’ve been trying to do better than I was. It’s so easy to spend an hour looking at car pictures or playing on Facebook, but why is it so difficult to dedicate time to something I claim is so important to me?

Welcome 2023. Of course I can’t have done this one yet but I have high hopes. No one in medicine thought I’d be around this long, so welcoming 2023 would be quite a feat.

I still have six months to do better on some of these and maybe, just maybe, I’ll ring in the new year with a big ol’ plate of mashed potatoes and gravy. dave.hancockclarion@gmail.com