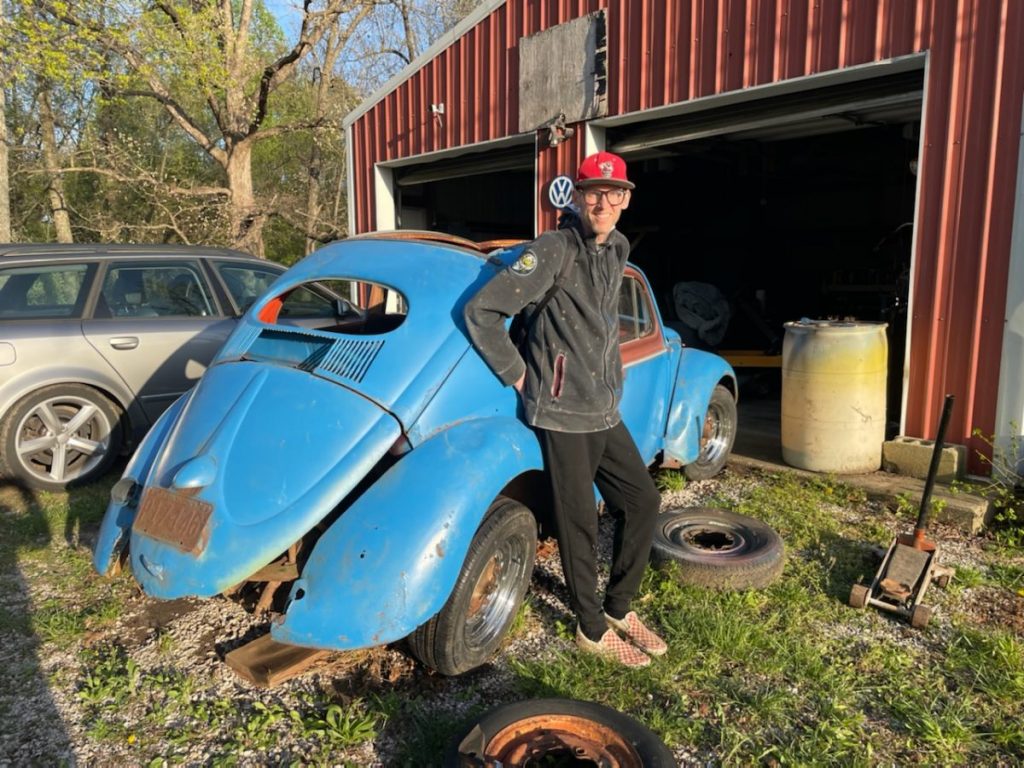 Today is my anniversary. This day one year ago was the fateful day that a gastrointerologist said “I’ve found cancer and it’s bad.”

I’m quite certain I was supposed to be dead long before now. Now I’m thankful for baby steps and small victories.

Today I’ll be taking my 1954 Bug to a restoration shop, with the help of my good friend Richard, and that car and I have a lot in common.

When I bought it years ago it had been given up on; left for dead. It had been parted out back in a time when it had no value and no one believed it could ever be a complete car again, much less be back on the road.

But soon it’ll be both.

It’s taken lots of baby steps, gathering a fender here and there, finding correct semaphores, buying a sunroof assembly and more. I couldn’t have done it all at once, but by making small improvements I’ve been able to get there.

It’s rusty, which ironically in the car world is called cancer, so it and I are both riddled with cancer.

Much like that car I’ve had to make baby steps to my own improvement. I haven’t overcome the stage four cancer that’s spread throughout my body, but I’ve kept it tamped down well enough to survive a full year.

Over that year I’ve been told several times to expect my imminent death, but I’ve taken small victories each time.

And I too have been back on the road, traveling to New York City and Chicago in the past month or so. Never did I imagine that I would be walking eight miles a day up and down steps like we did in NYC but I did it.

But also like that 54 Beetle I’ll never be as good as I once was. I can’t afford to have it fixed up well enough to wear a shiny paint job like it did many years ago. The insides will be modified since seats are too expensive to buy and I’ll have to make do with some that’re a close approximation to what it once had.

I too have been modified inside, with my food now entering my body via my lower intestines through a feeding tube instead of through my mouth like it once did.

I love this car and it just took the right owner to come along to make it a priority.

And my new wife loves me, even if others think I was a lost cause or would have left at hearing the word cancer.

One day perhaps I’ll be cancer-free, driving my Bug that’ll be cancer free. It’s my dream scenario and I pray that it’ll happen.
dave.hancockclarion@gmail.com