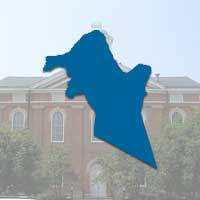 Badgett told magistrates at the regular court meeting the company had created a proposal for a system which will serve the needs of the community for 15 to 20 years. The price tag on the system is estimated to be at least $2.3 million.

“We have worked about a year on finding a fix for your current system, which is in complete disrepair,” Badgett said. “We have integrated the highest level of technology on the market, something that will serve you for a long time to come.”

Judge/Executive Johnny “Chic” Roberts said the current system has proven to be unreliable for emergency services, with several dead spots in the county where there are neither radio or mobile phone signals.

“It’s unfair for us to ask people to do their jobs and not give them to tools to do it efficiently and safely,” Roberts said. “In times of emergency situations, reliable communications is absolutely vital.”

The county is currently utilizing a VHF system with three transmission sites. The proposed replacement system would utilize five transmission sites in the 700-800 megahertz range, the broadcast range freed up as television broadcasts converted to digital signals.

Badgett said the designated public safety range is more stable than VHF transmissions, as well as being more likely to penetrate the steel and concrete construction of most modern public buildings.

Among the users of the system would be public safety agencies – such as law enforcement, fire and EMS – along with Hancock County Schools, county services and municipal public works agencies.

Roberts said while he understands the price tag on replacing the system is quite lofty, he has received recent guidance that American Rescue Plan Act monies received by the county can be utilized to help fund the proposed project. Roberts said he is also researching grant opportunities to fund on the transmission sites.

Hancock County received disbursements totaling $1.69 million in the ARPA funding release rounds. Roberts said the next step in meeting federal and state requirements for expenditure will be seeking legal guidance on putting a request for proposal (RFP) to any other interested vendors.