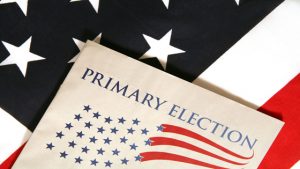 With the closing of the extended filing season on Monday for the May 17 primary election, the listing of candidates for the ballot has been set.

Several incumbents will face no challengers in the primary, along with several races which will see no contested elections in the general come November.

Other county office filings include:

District 8 State Senator Matt Castlen will not seek reelection. The only candidate to file for the office is Gary M. Boswell (Republican) of Owensboro. Boswell is a farmer and a former Daviess County commissioner.

U.S. Senator Rand Paul of Bowling Green is seeking reelection. He is challenged in the Republican primary by Arnold Blankenship of Ashland, Dr. Valerie Fredrick of Murray, Paul V. Hamilton of Nicholasville, Tami L. Stainfield of Marion, and John Schiess, who is listed as being from Wisconsin.

District 2 U.S. Congressman Brett Guthrie (Republican) is seeking reelection. He is challenged in the primary by Brent Feher of Owensboro and E. Lee Watts of Lexington. Democratic candidates are William Dakota Compton of Bowling Green and Hank Linderman of Falls of Rough.

The filing deadline for nonpartisan races such as mayor, city council and school board is set for June 7. The General Election is set for Nov. 8.