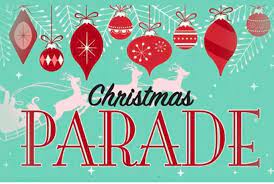 Lewisport will host “Christmas In The Park” Friday evening from 6 until 8 p.m. The community Christmas tree lighting will be at 6 p.m.

Activities throughout the evening are mostly free, including train rides, inflatables for the kids, amusement rides, a live Nativity, a meet and greet with various fictional characters, free cookies and hot chocolate, a scavenger hunt for the family, and Farm Museum tours.

Santa and Mrs. Claus will make an appearance at 6:30 p.m., so be sure to bring your letter for Santa to leave in his mailbox.

Attendees are encouraged to bring edible ornaments for wildlife for the community Christmas tree. The tree is a 12-foot Norway Spruce which was recently planted for use in years to come.

Lineup for the Hawesville parade will begin at noon at Harrison Street, beginning at the four-way stop. Categories for floats include school, industrial, and commercial.

Grand Marshal will be Terry Griffin.

The route will turn right from Harrison Street onto Main Street to Main Cross, where it will turn left. The parade will end at the Hawesville Post Office. For additional information, contact Hawesville City Hall at 270-927-8707.

Lineup for the Lewisport parade – themed “A Fairytale Christmas” – will begin at 3 p.m., at Pell Street and Community Center Drive, near the Lions Club Community Center.

Grand Marshal will be CharlesAnn Robertson.

Categories for floats include school, industrial and commercial, with categories for antique cars and others. For additional information, call Lewisport City Hall at 270-295-3324.