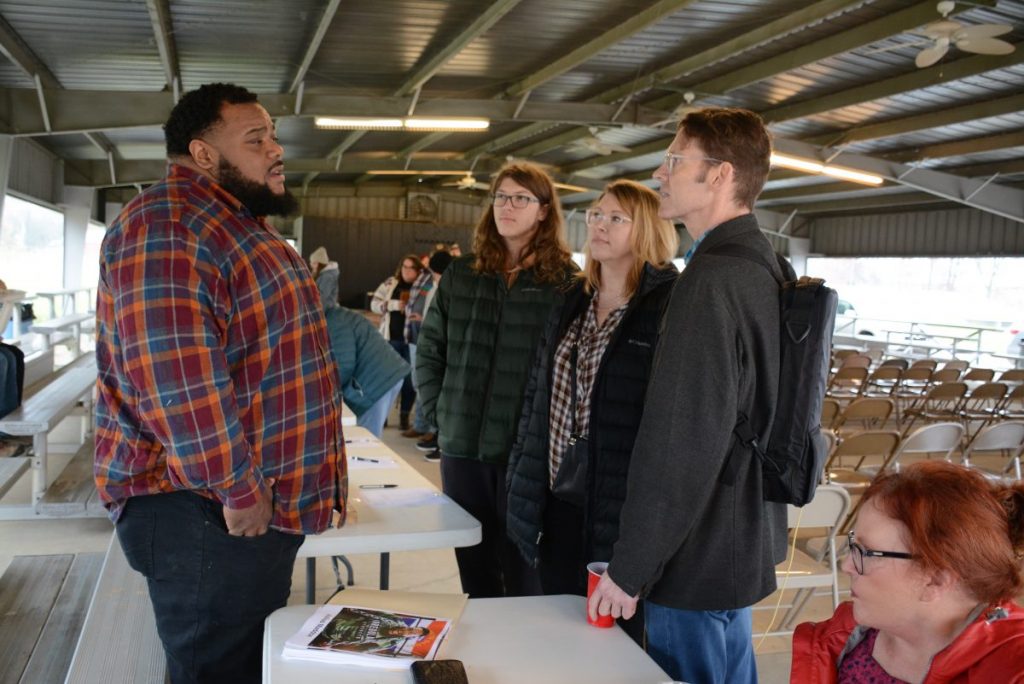 A weekend fundraiser – including a golf scramble and concert – raised more than $6,000 from the Hancock County community to assist Clarion News Editor Dave Taylor, who is currently undergoing treatment for esophageal cancer.

Ron Garrett, a native Hancock countian, said while he did not previously know Taylor personally, he was drawn to his story through the journalist’s ongoing column, “What I Learned From Dying.”

“I began reading his column and I was moved,” Garrett said. “I had to do something. He could be the Lone Ranger when he comes to his honesty and openness about his cancer fight, and the personal thoughts he shares.”

Garrett said there were nine four-person teams which played in the Saturday golf scramble at Windward Heights Country Club. “I rode in on my Harley and was overwhelmed to see so many cars in the parking lot,” he said. “I about cried from all of the support.”

The Sunday portion of the fundraiser featured a concert, raffle, auction, car show and an appearance by Owensboro power lifter Julius Maddox.
“To have the world’s strongest man in Hawesville was special,” Garrett said. Maddox holds the world bench press record at 780 pounds.

Garrett said while the weather was a challenge on Sunday, the events of the day still drew about 100 hundred people. Food was prepared by Nick McCaslin, while Justin Nugent handled the raffle. John Gardner oversaw the car show.

The auction was conducted by Taylor’s fiancé, Jamie Wagner-Hunt, and Lane Cox. Keith and Nancy French of K&N Printing donated all fliers to promote the events, as well photos of Maddox for autographs.

Taylor expressed his appreciation for the support the people of Hancock County have shown him.  “We are grateful and humbled by the outpouring of love and support we received from the community on Saturday and Sunday,” he said.

“Obviously we wish we didn’t need the help but cancer has taken away my ability to work full-time, so we appreciate very much everyone who donated not just money but also time to put on these events.”