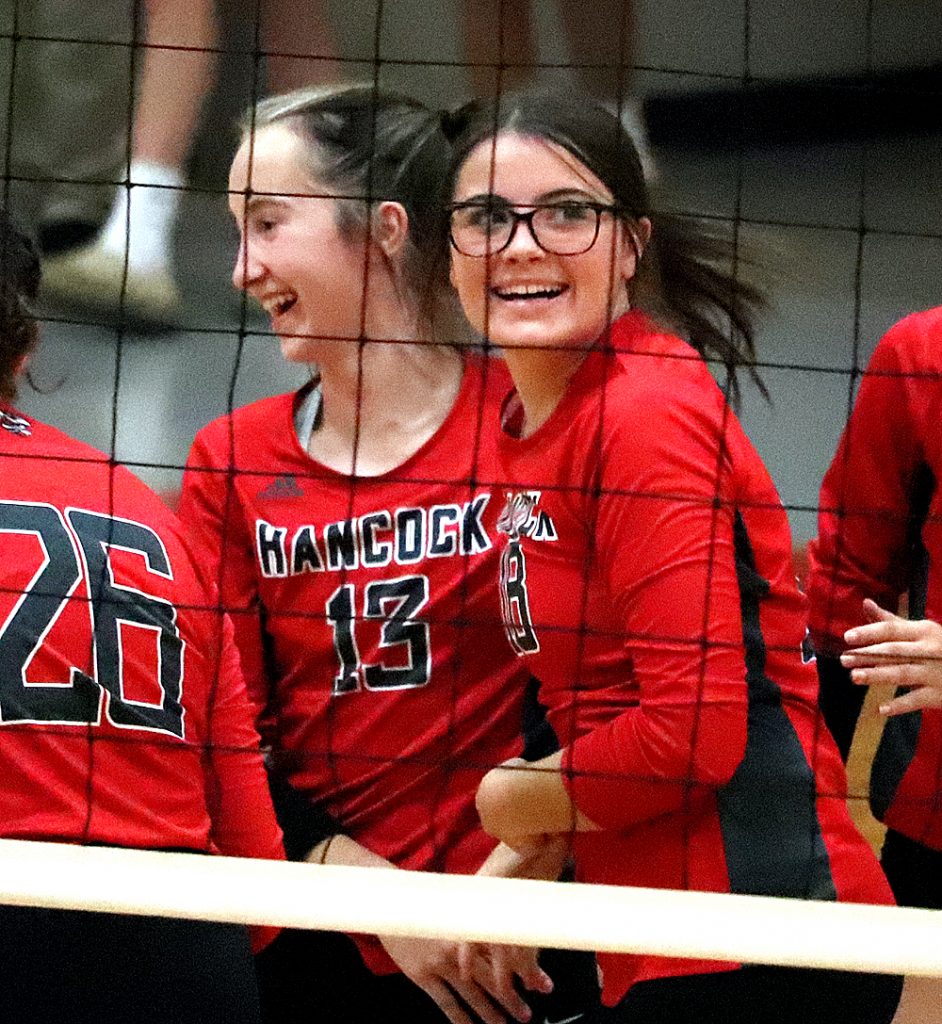 The HCHS Lady Hornets volleyball team led from start to finish during a 3-0 win over McLean County at HCHS Saturday.

The first set was a battle with Hancock County coming out on top by a score of 27-25. McLean didn’t go away so the Lady Hornets had to work to win the second set, 25-23. The varsity girls took care of business, winning the final set 25-12.

Graves County
Hancock County battled closely during two of three sets in a match against Graves County here Saturday. The Lady Eagles won the opening set 25-18 then cruised to a 25-11 win in set two. The Lady Hornets dug deep during the third set, but eventually fell 25-20.

Perry Central
Perry Central just had too much fire power for Hancock County during a match in southern Indiana on Oct. 5. The Lady Commodores won 25-10, 25-10 and 25-8.
Ballard had two kills, two aces, 12 digs and one block to lead HCHS. Sydney Kennedy had two kills, one block, one ace and 10 digs, Kellems had one kill, four blocks and one ace, Toler had 10 digs, Hurst had five assists and three digs, Madden had three kills and one block, Weatherholt had five assists and two digs, and Peck had two digs.
The JV girls lost in two sets. The coach gave credit to Peck, Weatherholt, Kellems and Reed as having strong performances.