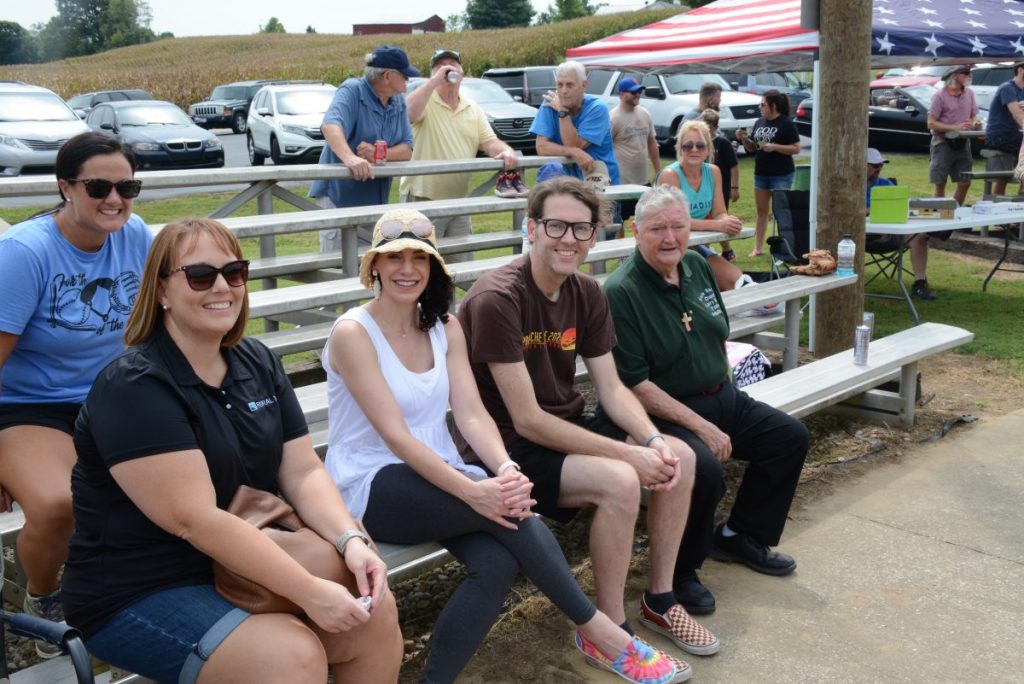 Dave Taylor and girlfriend Jamie Hunt watch some of the action during the softball tournament to raise money to help for Dave with medical expenses.  Pictured from left to right are Jenny Shultz, Jamie Hunt, Dave Taylor and Larry Sosh. In back is Lori Roberts.

What started as a softball tournament to raise a little money for a friend in need, turned into a full fledged community event including a home-run derby, gun raffle, cruise in car show, silent auction, bounce house, and concession stand. In total we raised over $11,000 for Dave Taylor to assist with medical bills and associated expenses, far exceeding expectations! Donations were presented to Dave on Saturday between softballs games, but have continued to trickle in since then. 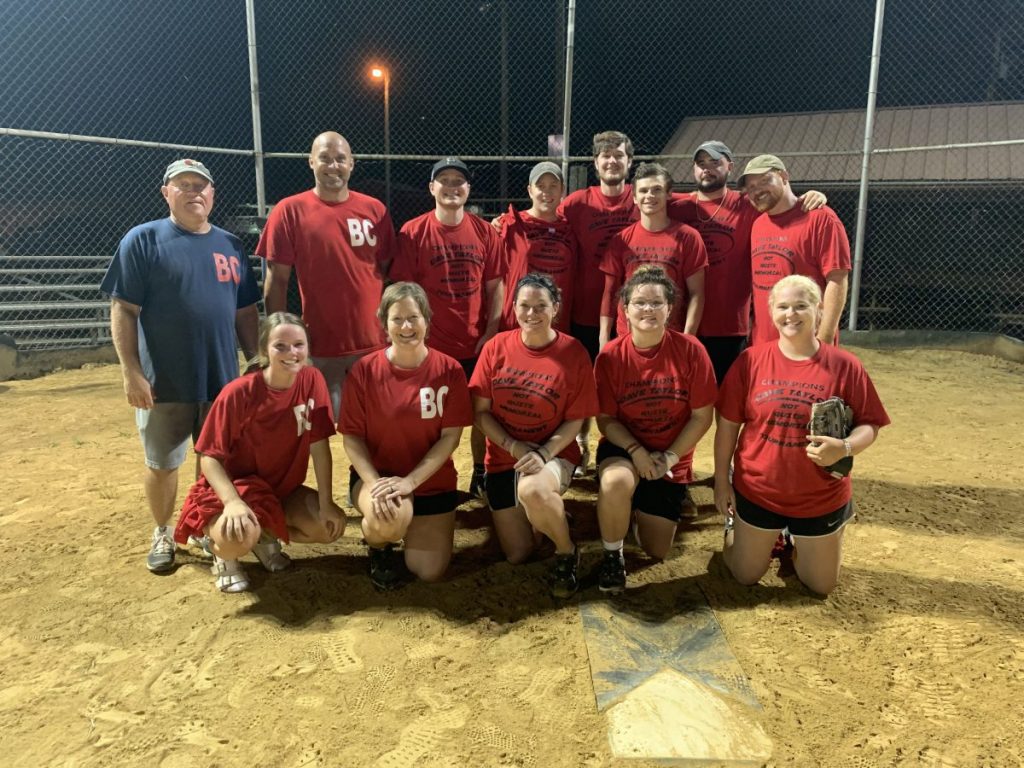 This softball tournament was unique by having a new rule every inning determined by spinning a wheel. Some of these unique rules included starting the inning with 2 outs, batting opposite handed, considering all fouls as outs, and starting with your lead off batter on second base. The crowd favorite was the rule which flipped the bases so batters ran to 3rd base instead of 1st after hitting the ball. Without fail, most batters would start their run to 1st base only to hear the dugout and crowd urging them to turn around! 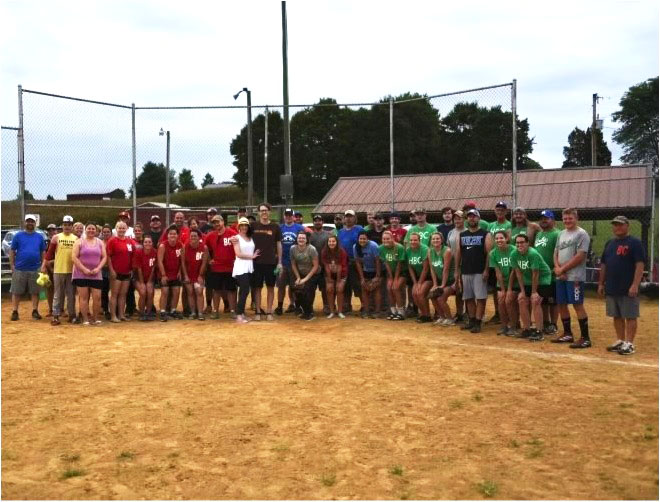 We had several people volunteer to take on the most difficult role of any softball game – umpire.

Rob McCormick and Dean Schamore of 4Js Supply/Aces Boots and Sporting Goods donated a Henry Lever Action 22 by Henry Repeating Arms for the raffle which raised about $2,200. The Hancock County Chamber of Commerce ran the raffle and Gary Nugent was the winner.
John Garner organized the cruise in car show. 12 vehicles participated in the hour long “Cruise In” through the back roads and then they rolled into South Hancock Park with Porsches, Jeeps, a GTR, Classics, and over $1,000 in donations collected!

Adam and Nicole Cameron of Spacewalk Inflatables donated a bounce house for the day and it was a big hit with the kids!

Clearly, this was a community effort and could not have been accomplished without the time put in by so many. We were blown away by the generosity of this community! It would be impossible to list every donor, but if I missed anyone who contributed their time and effort it was certainly not intentional.