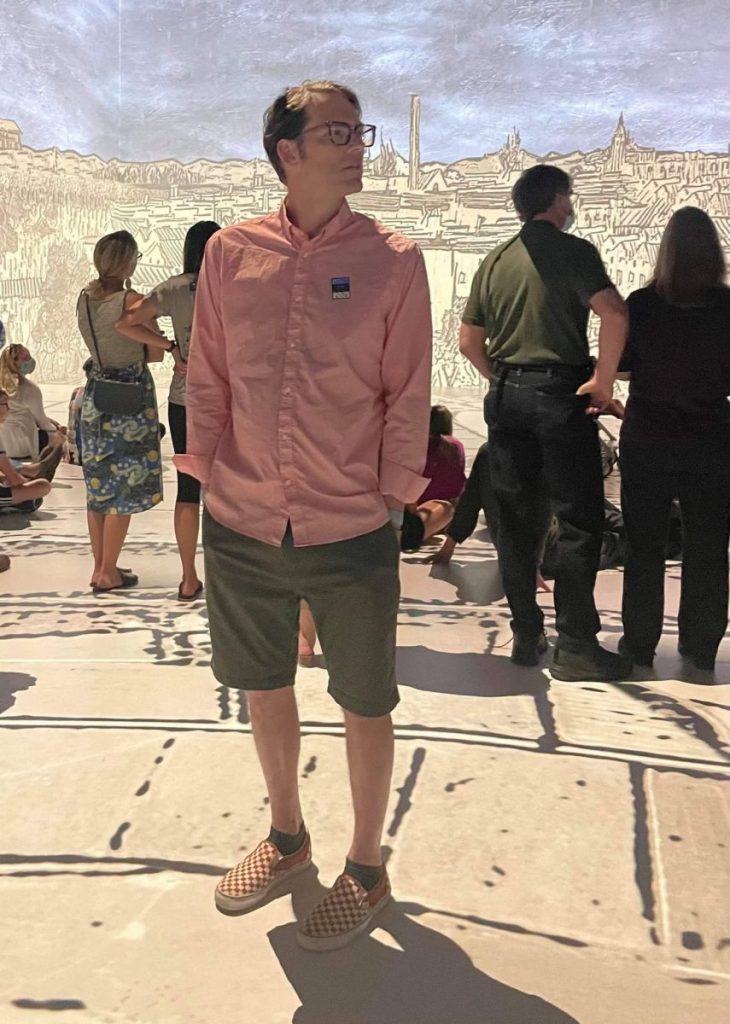 I’ve often said that when people see me out at a store or a game or something they comment on how I barely seem sick, but those people don’t see the hours of sickness I endured right before going out, and they don’t see that more often than not I come home and lie down to recover from the outing.

This week is one of those weeks where “fake it till you make it” didn’t work. Sometimes despite my efforts, the tiredness wins.

Twice in the past week or so I’ve spent more than 30 hours in bed not wanting to do a single thing. That’s hardly a brag and it wasn’t good rest, so I could’ve been much happier skipping all of that.

On Sunday of this week my girlfriend Jamie and I went to an exhibit at the Newfields art museum in Indianapolis called Lume, where they projected a bunch of Vincent van Gogh’s paintings onto the walls and floors of the room and animated segments of them so it seemed like you were walking around inside his famous paintings.

I had ideas of writing about that and comparing it to my cancer, where I’m deep inside it and even though parts of it are scary, parts are beautiful. I thought about writing about how interesting it was that as van Gogh descended into madness his art got more appealing and popular with the masses.

I’m writing this outside in the beautiful morning breeze and I could be tempted to compare the beauty around me to that of van Gogh’s paintings, and I could even say I was inspired by him to be outside enjoying the beauty more.

But not today, and not this week. This week the cancer is winning a little bit and stealing my joy, my fun and my inspiration. I don’t want this week to be simply a bummer so let me promise you that I’m not giving up and I’m not stopping this fight. It’s just that sometimes you wish you could just rest a little without your chest burning.

I’m going to continue to fake it till I make it though. It’s mostly been working so far. My test results are coming back positive and the cancer is shrinking. The cancer is shrinking, or at least so far. The spot that showed on my spine apparently seems to be an anomaly on the scan, so that was good news too.

And for as much as this column has been me whining about how hard it is sometimes, I continue to have fantastic support from the community and from those who love me. I’m still getting to visit with friends who are making a specific effort to see me when they haven’t in years, and we’re making plans to have some fun soon.

All in all things are looking up, and if I can just stop sleeping for a while I could enjoy some of that a little.