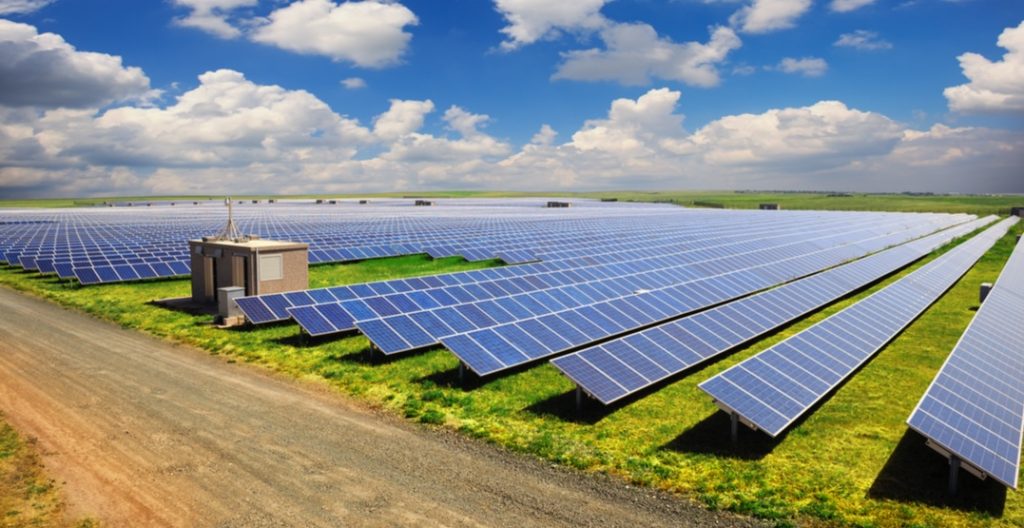 The proposed solar farm by Rolling Hills Solar LLC, a subsidiary of National Grid Renewables, in the Skillman’s Bottoms area creates some uncertainty for some county officials. With solar farms being a new industry, the county does not know how this industry affects the county.

“There are a lot of questions being asked at the state level on how to tax a solar farm,” Hancock County Judge/Executive Johnny “Chic” Roberts said. “In regards to property tax, do you tax the land or the product on the land?”

Roberts also wondered how the county’s occupational tax applied to the solar farm. Issues surrounding the proposed solar farm bring up memories of another proposed generating station in that area many years ago.

In the late 1970s Kentucky Utilities started the process to build a 1,300-megawatt coal-fired generating station on approximately 2,500 acres of land in Skillman’s Bottoms, and the proposed plant faced immediate opposition from the people of Hancock County. Willamette Industries, now Domtar, and a group of landowners in the area spearheaded the fight to stop KU.

Word broke in late 1978 that KU wanted to construct the power plant in Hancock County, and that proposition deeply worried Willamette because of the effect of coal dust getting on the plant’s wood-chip pile and hurting the quality of the paper the company produced.  According to reports, KU planned to locate its generating station by Willamette’s corrugating medium and bleach pulp mills. Willamette, as well as county officials, feared the coal-fired plant would force the paper mill to close, and cost the county those jobs.

County officials also feared the effect of the coal-fired power plant on its air quality, specifically causing the county to become a non-attainment area. If the United States Environmental Protection Agency listed Hancock County as a “non-attainment area,” that designation not only stopped any other industry from locating in Hancock County, but also prevented existing industry from expanding its operations here.

When word broke of the proposed KU plant, county officials immediately went on the offensive to combat the plant. Some state officials said they knew nothing about the project when contacted by the Hancock Clarion at that time. KU officials did acknowledge filing a “prevention of significant deterioration” site study request with the Environmental Protection Agency, but did not provide a time frame of when the company submitted the request to the agency.

Later the EPA scheduled a hearing on the proposed plant for November 21, 1978 at the Hancock County Courthouse. Many locals flocked to the meeting to oppose the power plant. Gary and Sue Fuchs lived in the area at the time, and headed a group of residents fighting the plant. In the hearing, county officials and residents outlined their reasons for opposing the plant.

In the KU fight many years ago, job loss was one of the big fears of county officials; they feared losing jobs already here, specifically jobs at Willamette, but also new jobs due to industry expansion in the area. The KU plant, if built, effectively eliminated any possibility of Hancock County adding new industry, or even expanding existing facilities due to the emissions from the plant causing the county to become a nonattainment county in regards to air quality.

Round one of the fight went to KU as the company received a permit to start construction of the plant in October of 1979. The opposition from county officials to the KU plant came as a surprise to many state officials, even though so many people opposed the plant at the EPA hearing. Shortly after receiving the permit to construct the plant, KU announced plans to purchase property in the area.

The county did not back down from the fight, and in April of 1980 the Hancock County Fiscal Court passed a resolution authorizing the county to enter into a lawsuit to stop the construction of the KU plant. After the announcement of the plans to file a lawsuit, the KU battle dropped from the limelight. A search of the Clarion did not uncover a story where KU officially dropped its plans to build the proposed plant in the area, but with no plant is located there today. The idea died on the vine.

In regards to the current proposed solar farm, nothing has been decided according to Hancock County Industrial Foundation Director Mike Baker. He said discussions have occurred, that is it. If a solar farm is built in the area, he said it does create a few permanent jobs to maintain the facility, but not the number of jobs a factory provides. Unlike the KU plant episode, Baker said he did not think the county would come out in direct opposition to the solar farm.

“We support any project that adds value to property and bring in tax revenue,” Baker said. “We would not be opposed to it.”