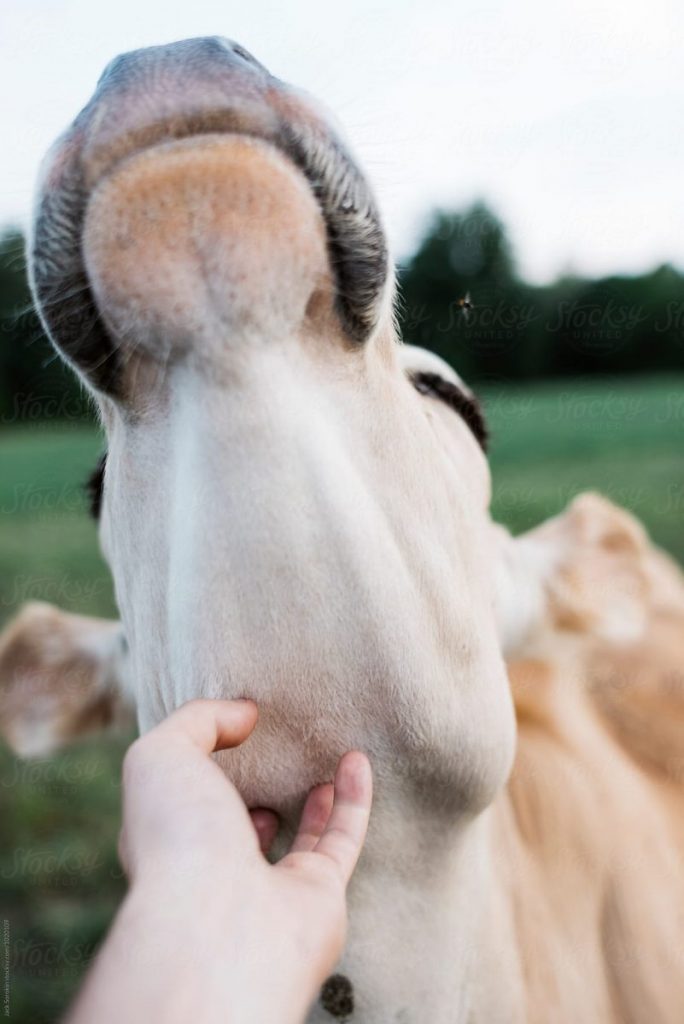 My mother was terrified of cattle, and I have no idea why. I, on the other hand, always turned them into big pets. The winter after I graduated, my grandfather hired me to help feed the cattle as he was getting up in years. My grandparents lived outside of Harned in Breckinridge County. I ended up staying over a year before I went home for a few weeks.

That spring the cows had their calves as usual, and one of them was a young bull. He was an extremely stubborn calf, so I named him Knothead. Since my job was to feed the cattle, I started to pet the calves in an effort to get them used to me so they would not run or move suddenly when I fed them. I did not want one of them to knock me down and have the others trample me, so it was really a survival method on my part.

Well, Knothead started to like being rubbed; he especially liked having his neck rubbed. Whenever he saw me he would come over to me, gently nudge me with his head then drop it so I would rub his neck.

I went home that spring, and a couple of weeks after I got home my grandfather became sick and was hospitalized. We went to see my grandparents that weekend, and learned the doctors planned to transfer my grandfather to a hospital in Louisville. Since my grandmother planned to go with my grandfather, I needed to stay on the farm to feed the cows. Since I did not bring clothes with me, I headed home to pack my things.

My mother volunteered to feed the cows, and for the life of me I do not know why. I was gone about two hours, and when I got back my grandmother told me we had to get rid of Knothead because he was starting to fight. As I had been around him for months, I found this really suspicious, so I asked what happened. My mother said, “He attacked me!” By this time Knothead was quite big, so if he attacked he would definitely cause injury. I saw no injuries on my mother, so I asked her exactly what he did.

She told me he kept butting her. I asked her if he hit her hard, or just bumped her. She said at first it was a gentle bump, but toward the end it was a little harder. I asked her if Knothead hit her hard enough to knock her down. She said no, but it did cause her to almost lose her balance a time or two. At that point I had figured out what was going on, so I asked her to describe to me exactly what he would do.

“I don’t think it is a laughing matter,” she said.

I then told her and my grandmother that Knothead was not trying to fight her, and as big as he was at that time if he wanted to hurt my mother he could have severely injured her. I told her that he did not want to fight, but that he wanted his neck rubbed, which was why he kept dropping his head. He was nudging her in an effort to get her attention. Of course, as soon as he bumped her, my mother became terrified for her life thinking he wanted to hurt her. The good news is, we didn’t get rid of Knothead afterall, and he continued to get his neck rubbed.