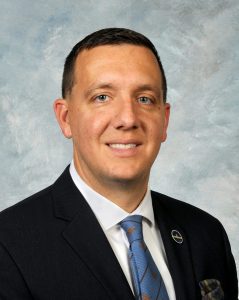 This is a time to take a breath and remember how fortunate we are to live in America. Despite the challenges we face, this is the greatest nation on Earth. A republic. A shining city on the hill that shines as a beacon of hope for the world. Truly, the founding of our republic set in motion the greatest human endeavor to ever grace our planet. Self-Governance. I have faith in America and in Kentucky. I believe we will seek to be wise, and will join together, even in spite of our differences and not make companion of those with foolishness in their hearts. I ask that you join me in prayer for our country.

The Kentucky General Assembly (GA) gaveled in for the 2021 Regular Session on Tuesday, January 5th.  Our first official few days back in Frankfort have been productive. Diligent work over the course of the 2020 Interim and handling initial procedural responsibilities bring me confidence in what this 30-day session has in store.

The swearing-in ceremony of new legislators, including the newest members of the Kentucky Senate Majority Caucus, was held this week.

This legislative session will be unlike any before it. Standard procedures will be altered to avoid the spread of COVID-19, such as limiting the number of people within the Senate Chamber, committee rooms, and legislative suites at one time. The excellent staff will remain socially distanced, workstations will be adequately sanitized, and masks will be worn to be as safe as possible, while still fulfilling our constitutional obligations to the Commonwealth. Also unique about this year’s legislative session will be the responsibility to pass another state budget. For the first time in state history, a biennial budget was not passed in 2020. Instead, as COVID-19 made its way into our lives, and not knowing what impacts it would have on state revenue, the GA determined the best course of action would be to pass a 1-year budget rather than the typical 2-year budget. This will be among the most important efforts in this new 30-day legislative session.

Some of the State Senate’s priority legislation was introduced this past week. Over the last year, as the state attempted to respond to COVID-19, constituents and lawmakers alike recognized the flaws that currently exist in our state statutes pertaining to executive powers during a state of emergency. That is why I have proudly introduced Senate Bill (SB) 1, which is a bill that will more clearly define executive authority and will ensure that the people’s branch of government is not shut out from the discussion and decision-making process.

Schools, small businesses, non-profits, and at one point even political and religious practices were arbitrarily the target of executive overreach. It all occurred during the Interim when lawmakers were not in session, and we were unable to take any legislative action. If passed, SB 1 would require cooperation between the executive and legislative branches of government, while still allowing the executive branch to take emergency action during a state of emergency. It also ensures that state responses are not arbitrary and that more effective and targeted responses are implemented. Provisions of the bill include:

This is a bill I am proud to be working on. Passing good legislation is a process. A process that I trust. I will continue to work with my colleagues on this bill and others that aim to ensure the voice of Kentuckians is heard loud and clear.

Though things will be different this year, I look forward to hearing from you. I will be keeping you updated over the 30-day session. I am thankful for the privilege of representing Daviess, Hancock, and McLean counties in the Kentucky Senate, and I welcome constituent comments on issues of importance to you. You can call me toll-free at 1-800-372-7181 or email me at [email protected].  You can also review the Legislature’s work online at www.legislature.ky.gov.

Note:  Senator Matt Castlen (R-Owensboro) represents the 8th District encompassing Daviess, Hancock, and McLean counties. Senator Castlen serves as Chairman of the Budget Review Subcommittee on Economic Development and Tourism, Natural Resources and Environmental Protection. He is also Vice-Chairman of the Senate Standing Committee on Agriculture. Additionally, Senator Castlen serves as a member of the Senate Standing Committees on Appropriations and Revenue and Natural Resources and Energy. For a high-resolution .jpeg of Senator Castlen, please visit https://legislature.ky.gov/Legislators%20Full%20Res%20Images/senate108.jpg