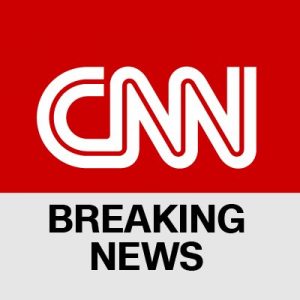 In the midst of a nationwide swoon and high unemployment, the Owensboro Metropolitan Statistical Area (MSA), which includes Hancock County, made the landing page on CNN’s website last week as the only MSA in the country to have a lower unemployment rate in June 2020 compared to June 2019.
With a headline that read, “This is the only city in America where unemployment is actually down,” the story on CNN Business said that Owensboro’s 4.2 percent unemployment in June 2020, down from 4.4 percent in June 2019, placed it as the only bright spot among 389 metropolitan areas.
The story pointed to employers like Owensboro Health Regional Hospital, O.Z. Tyler, Swedish Match and Unifirst, all industries that have thrived during the pandemic by providing healthcare, alcohol, tobacco and personal protective equipment, respectively.
But it wasn’t just Owensboro industries that counted in the numbers, which also included McLean County. Hancock County’s industries helped keep the unemployment numbers low.
“The key for us is the industries we’re involved in have stayed pretty strong,” said Mike Baker, director of Hancock County’s industrial foundation.
Even with Aleris and Domtar experiencing short-term closures, the county’s industries have kept workers employed and have continued to operate.
Relying on a few big industries means that when they’re keeping everyone employed it ensures low unemployment, but it also means the county is at the mercy of those few employers.
“When you have big plants in the community they can lay off a couple hundred people and your unemployment rate can go south pretty fast,” he said. “The good news for us is we’ve been pretty consistent through this COVID-19 pandemic.”
Although the unemployment rate was low in June, it had otherwise tracked along with most of the country earlier in the year.
“We went to 4.3 percent in June versus right at 14 percent in May,” Baker said.
What made the Owensboro MSA stand out was its ability to snap back from the high unemployment numbers, he said.
“That’s the key is how quick you’ve recovered, I think,” he said. “The type of industries and businesses we’ve got in our MSA have allowed us to recover pretty quickly and get back down into that 4 percent rate from the double digit numbers we had in April and May when the initial shutdowns occurred.”
While the numbers are impressive, looking too closely shows a bit of a dark side, with fewer people in the workforce in June 2020 compared to June 2019.
Owensboro MSA had 56,338 people in the civilian labor force in June 2019 compared to 53,575 in June 2020. Many who didn’t have jobs simply stopped looking for work and were dropped from the count.
“There were 158,000 fewer Kentuckians employed in June than February,” Baker said. “The good news for us is that by the standards by which they’re measuring it, we fare pretty well right now.”
Regardless, the attention from national media on the area should be good in the long run.
“I think it’s a big help for economic development,” he said. “It doesn’t guarantee anything but it sure puts your community and your area in a much more positive light than high unemployment numbers.”
dave.hancockclarion
@gmail.com