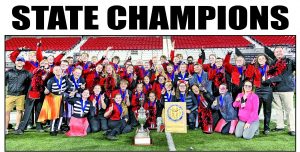 Hancock County Marching Hornets will remain Class A State Champions for one more year after the 2020 competitive marching season in Kentucky was canceled last week.
The Kentucky Music Educators Association officially canceled the state championships last Thursday, but Hancock County had already decided to sit out the season due to the uncertainties brought on by the COVID-19 pandemic.
“It wasn’t an easy decision,” said HCHS band director Mark Benningfield.
He met with school officials and discussed what all goes on during competitions, including the required travel, and in the upcoming band camp.
“We just decided it wasn’t something that was feasible,” he said.
The effects of restrictions imposed by the state would’ve been felt immediately in the band, when the annual band camp would’ve been reduced to just a shell of its normal lengthy, intense practice.
“We’re kind of restricted to the KHSAA guidelines, whereas we would’ve started camp this week and it would’ve been a 40-hour camp and the current guidelines only allow for six hours per week,” he said. “When you’re trying to learn a show, that’s just not practical, because you’re trying to do in six hours a week what you do in 40. And the camps, that’s a three-week process.”
And other effects have already hit, based on the premature end of last school year and a summer where all school activities were halted.
“The other part of it is, we’ve been out of school since March, we haven’t had any fundraisers, and over the course of that time we probably have lost about $6,000,” he said. “And a marching band show, the up front cost can be $10,000 or $12,000.”
But aside from the financial aspect or shortened practices, Benningfield said the functionality of the season would’ve been a problem, with kids packing into buses for day-long competitions where they visit other schools along with sometimes more than 1,000 other students, plus fans, parents and helpers.
“The social distance thing, it’s just hard to do in that kind of environment. It’s hard to police,” he said.
Even if there were an answer for social distancing, there were also questions about participation for this school year, where students are being given the option to attend school remotely and never come to the building.
“We had some parents express some concern about their kid being in a band and traveling and being around all these other people,” he said. “So we have some kids who normally would be in band who may not be in band. Then we have some other kids who may choose a remote option for learning.
“We have 45 kids in the band and if you lose eight or 10 of them for that reason then that’s a pretty big hit,” he said.
All the unknowns not only led Benningfield and Hancock County to bow out, but it led the majority of other schools to do the same, including most of the seven schools in District 2, where HCHS competes.
“I think every high school in our district except for maybe one or two was not going to be a competitive group,” he said.
Kentucky finally voted to cancel its championships, and other states and outside competitions followed suit.
“There’re just literally no place to go if you want to compete,” he said.
Preparations for this year’s show will be put toward next year.
“We had completed a show, the music part of it,” he said. “So probably what we’ll do is save the music, in whole or at least in part, and just use it next year since we’ve already paid for it.”
Canceling the state championships does not mean canceling band, he said, and the band will continue to do as much of the normal band activities as are allowed.
“Band itself is a class, we still intend to have our band classes,” he said.
“Will we have concerts? I don’t know,” he said.
Pep band is also a question mark, as are the sports associated with them.
“Do we try to perform at football games? If we do, it’ll be something very different than what we would do in a regular season,” he said. “Are we even going to have football games?… because that could change tomorrow too. And if they do have games are they going to allow fans and the band? You just don’t know.”
HCHS gets to retain the traveling championship trophy for twice as long as planned, which is perhaps the only silver lining in the cloudy season.
“With no competition we get to keep the trophy for another year,” he said. “It’s not what we wanted, but it’s not a bad consolation. We still get to be state champions.”
dave.hancockclarion
@gmail.com 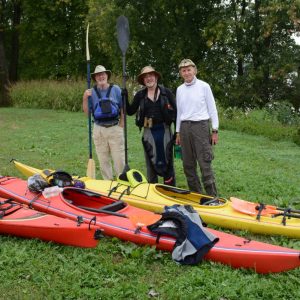