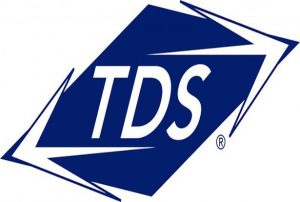 Hancock County’s famously dismal internet situation is about to get a very bright spot after TDS confirmed it will be installing fiber optic internet for every home in Hancock Park.
“We do have a fiber project,” Missy Kellor, a TDS spokesperson said Tuesday. “Sometimes we’ll do these little kind of tuck in fiber markets where it’s small, where the equipment can be close and we can manage it well.”
Such a project is the one planned for Hancock Park, the subdivision that has seen a recent explosion of growth, with several new homes completed and a total of more than 40 planned overall.
“Right now we’re slated to pass over 85 existing homes and then we will be also passing an additional approximately 20 lots,” she said.
Far from anything currently offered in the county, TDS is planning 1 gig service for the park, which equals 1,000mbps, compared to the 50mbps that’s the company’s current fastest offering in the city, although most get just a fraction of that speed.
Kellor said the company is not going to be tying onto the fiber being run as part of KentuckyWired, the state initiative to run a fiber line to every county in the state. That project simply makes the fiber connection available for companies to pay to tap onto to offer service to customers, but TDS will presumably be running its own or tying into lines from other providers.
Planning work is already underway for the park, and residents there should be able to begin using the fiber by the fall.
“Right now the date that we anticipate it will be complete is in the beginning of September,” she said.
That estimate is just that, an estimate, she said, because other factors beyond the company’s control could affect it.
“As I am currently handling the disaster situation in Michigan as a result of a dam breakage and we’ve also had issues in Tennessee with tornados, you never know what could happen and those kinds of things can really impact a timeline,” she said.
That date in September is when residents in Hancock Park can begin using the service, although Kellor said the company might wait until the fiber is already installed before reaching out to potential customers.
Pricing isn’t known yet, she said, but she expects it to be within reach of most residents.
“Everywhere else that we have launched fiber it has launched with a competitive price so I can’t imagine this would be any different,” she said.
There’s no word yet on whether the company might consider bringing fiber to other parts of the county.
dave.hancockclarion
@gmail.com