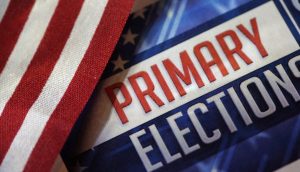 When the COVID-19 pandemic struck, Kentucky Governor Andy Beshear postponed the Kentucky primary election to June 23. The last day to register to vote in the primary election is May 26, 2020. Residents are urged to go to govoteky.com to ensure their registration is correct, or call Hancock County Clerk Trina Ogle’s office at 270.927.6117 to check registration.

In addition, the State Board of Election plans on sending a post card to registered voters in the county informing them of these election changes, and how to get a ballot. Residents need to watch for this post card as it contains vital information for the primary election voting process.

After May 25, online applications are available at govoteky.com. The resident must complete the application online, and the application will be sent to Ogle’s office electronically, at which point an absentee ballot will be mailed to the voter. Once the resident receives the ballot, it must be completed and postmarked no later than June 23, 2020.

Ogle said at this time the County Clerk’s office does not have the drop box. Ogle said when the office receives the box she will publicize its location. She knows it will be inside the Administration Building, but that is all for now.

“We do not have all that lined out yet,” Ogle said. “It’s got to be monitored by video camera, or we have to put it where we can see it from our office. We will probably do both.”

Ogle said all mailed ballots would go through a signature match for security reasons before being counted.

As normal, there will be a polling location at the clerk’s office for people not able to vote by mail. An appointment must be made to vote on this machine. It is available from June 8 until Election Day on June 23.

One big change exists this year not related to the COVID-19 pandemic; the state changed the candidate-filing deadline for offices on the November General Election. In the past the deadline was in August. Now it is June 2 by 4 p.m.

The General Election takes place on November 3, 2020. Local offices on the ballot includes all council seats for Lewisport and Hawesville, Lewisport Mayor and school board seats from district 2, 4 and 5. Currently Donna Quattrocchi represents district 2, Ricky Johnson district 4 and David Emmick district 5. As mentioned earlier, the deadline to file for these seats is now June 2, 2020 by 4 p.m.