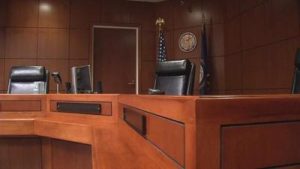 “Each individual judge has been given the discretion on how reopening looks like,” Hancock County Circuit Court Clerk Mike Boling said. “I have yet to hear from any of them to know exactly what it looks like.”

According to the release, the reopening includes all civil and criminal matters, and remote hearing should continue to be used where practicable. In person court cases need to follow specific safety guidelines, according to the press release.

“The only people who will be allowed in the building will be parties to the case and witnesses approved by the judge,” Boling said.

The press release also said the policy mandates all employees and public entering the court wear masks. In addition, purses or enclosed bags will not be allowed unless medically necessary.

In terms of remote appearances, Boling said Judge Coleman used this method from day one of the crisis. Boling said Coleman schedules a conference call, and all parties to the call receive the number and the time to call for the hearing.

“He sits on the bench and we record it,” Boling said.

This particular method captures audio only. Boling said the court building does contain the technology to capture audio and video from Skype videoconferencing calls.

In regards to the driver’s license office reopening, Boling said this committee has yet to report its reopening plans. At this time, all license branches in the state are closed, which means no one can get licenses at this time. People whose licenses expire between March and June 15 do not need to worry.

“The governor issued an order back in March that gave everybody a grace period until June 15,” Boling said. “So, if a person’s license expired any time in that period, nobody will get a ticket.”

Boling said if the license bureau is not open by June 15, Boling said Beshear would extend the grace period with another order.

When the office does reopen to allow people to file civil papers or renew licenses, only one person at a time will be allowed to conduct business with the staff. Everybody else must wait in the main lobby.

“We will keep them outside the office, and as one leaves we will let another one in,” Boling said.

The local office cannot help residents which lose their license, or if it is stolen. Boling said the person must call the state and inform them of the situation. The number to call for lost or stolen license issues is 502.564.1257.

Boling said he knows quite a backlog of people needing to renew their licenses is building in the county.

“Whenever driver’s licensing is up and going again, we will have a couple of extended days where we will stay open to 5 p.m. or so to allow everyone to get caught up,” Boling said.

On Monday, Governor Beshear announced the opening of Frankfort Regional Driver’s Licensing office on a limited basis. According to the press release, it is open only for residents that meet these specific criteria: replacement of a lost license, permit or identification card. A license or ID card needed for employment or an emergency, replacement of a valid out of state license or ID card for a new resident and other such issues.

Residents are encouraged to go online at realidky.com to request a standard or REAL ID license. While open to walk-in traffic, the Frankfort office will have a limited number of workstations available to serve customers. The office is located at 200 Mero Street in Frankfort. The office hours are from 8 a.m. to 4 p.m. eastern time.

On Tuesday the Supreme Court of Kentucky released guidelines for jury trials to resume. The order said all jury trials are postponed to August 1, 2020. When trials resume, all in-custody criminal trials take precedence over all other cases.

Grand jury proceedings start again on June 1, 2020. The proceedings must either be remote hearings, or if in person, all applicable social distancing, personal protective equipment and cleaning protocols must be followed. 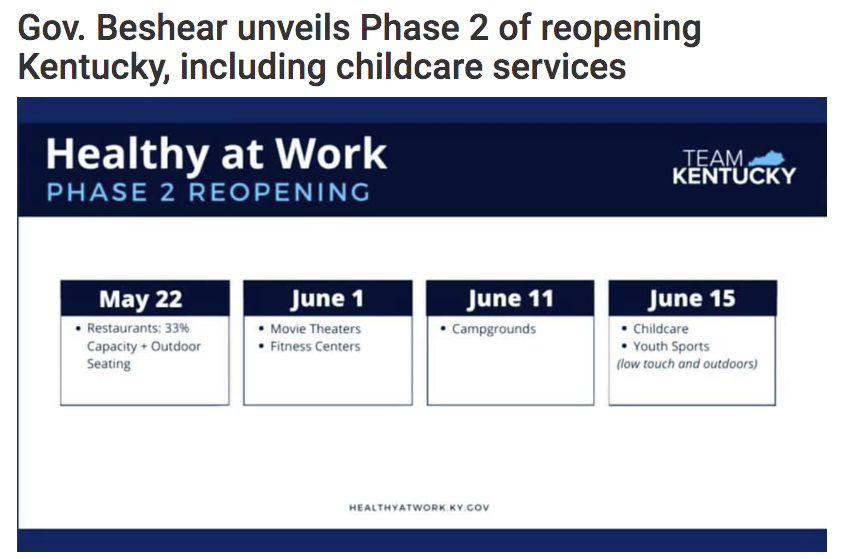