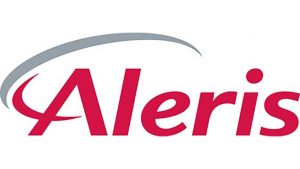 A little more than two weeks after restarting production after a three-week temporary shutdown, Aleris in Lewisport has announced plans to idle the plant again beginning on May 10.
In a statement released Wednesday afternoon, Jeff Willis, human resources director at the Lewisport mill, said the shutdown is due to the effects of the COVID-19 pandemic on the economy and specifically auto companies, which use the aluminum auto body sheet produced at Lewisport and which have been forced to halt production themselves.
“In response to our major automotive customers delaying the restart of their production lines and continued lower aluminum demand in other markets due to the impacts of COVID-19, we have made the difficult decision to temporarily suspend production at our Lewisport site effective Sunday, May 10,” Willis said in the statement.
The decision comes on the heels of a three-week temporary shutdown that began on March 30 and was scheduled to run until April 13, but was extended another week to April 20. That shutdown was also blamed on the slowing demand for aluminum after automotive companies idled their plants after the economy ground to a halt due to the coronavirus.
This shutdown is slated to last a little longer than two weeks, although the restart could change depending on market conditions and how quickly the auto body sheet market recovers.
“While it is difficult to say with exact certainty when operating schedules will return to normal, we anticipate being able to restart production on Tuesday, May 26,” Willis said in the statement. “We are doing everything we can to minimize the impact on our employees and Aleris remains fully committed to the safety of our workforce, and the long-term success of the Lewisport facility as well as the local community.”
dave.hancockclarion
@gmail.com